If Kari Lake’s dream came true, it would make Donald Trump unable to be president again 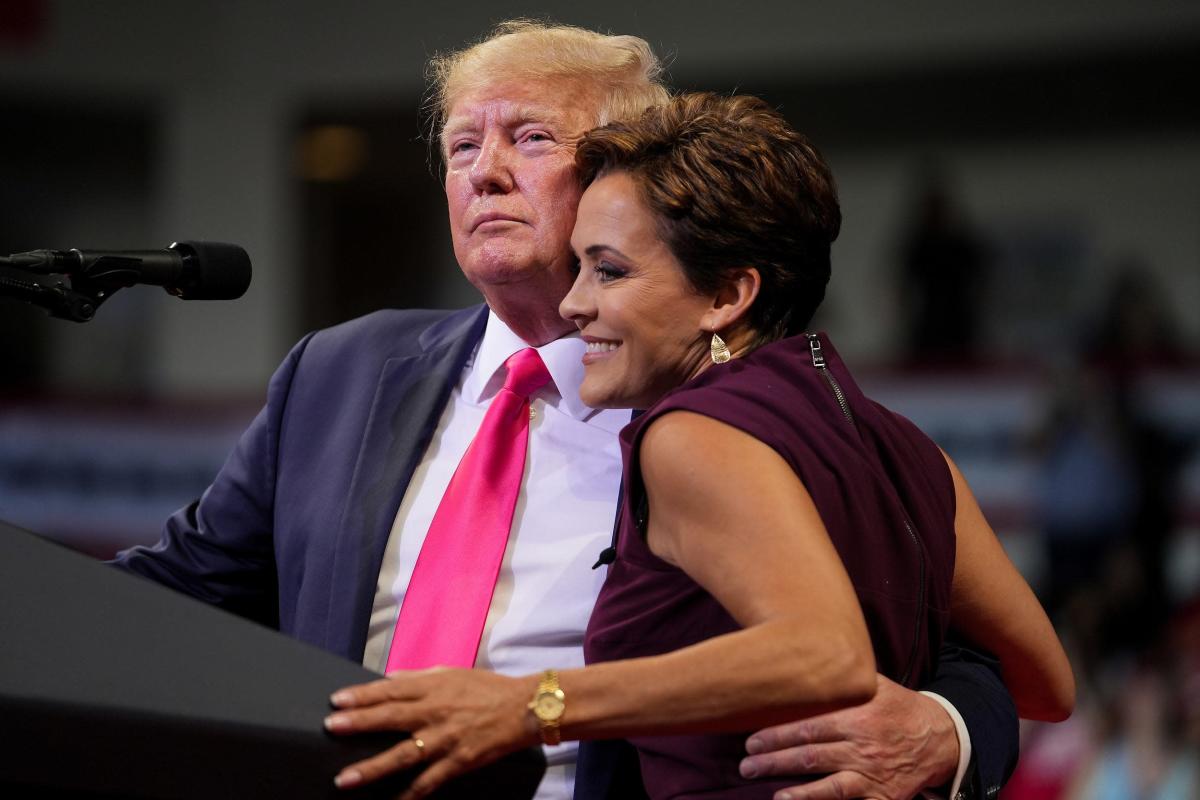 What if dreams came true? Or, better yet, what if nightmares came true?

Let’s presume for a moment that Donald Trump is right.

(Yes, it’s painful, but please hang in there.)

Then, let’s go a few steps further and pretend that Trump is being honest when he says he believes in the U.S. Constitution and that Lake could pull off her legally impossible desire to decertify the 2020 election results if she became governor.

A horror, I know, but here is the good news:

If all of that were to happen – and the dreams of Trump and Lake came true – Donald Trump could never again be president.

It’s right there in black and white.

It begins, “No person shall be elected to the office of the President more than twice … .”

Notice what it does not say?

Another view: Is Kari Lake trying to spark a riot, a la Trump, if she loses?

It simply says, “No person shall be elected to the office of the President more than twice … .”

So, if Donald Trump is correct, and he was elected to a second term, and Kari Lake, as governor, can decertify an election and have Trump declared the 2020 winner, Trump would be ineligible to run again for the office of Commander in Chief in 2024.

Supreme Court would not help Trump

In theory, if Dear Leader were suddenly to be declared the winner of the last presidential election, that case would wind up in court. And you know how the courts operate. It takes time. Maybe even a few years.

Should the case or cases involving the election challenge work their way up to the Supreme Court, the justices appointed by Trump would have to rule that he could not run again.

Or so they claim.

They tossed out local firearms restrictions, eroded the government’s ability to combat climate change and completely overturned Roe v. Wade because there was no specific language in the Constitution (written in the 1700s) about such things. The Trump-appointed justices’ so-called belief in originalist interpretation of the Constitution and its amendments leaves no room for interpretation.

The 22nd Amendment does not include any “what ifs”. It doesn’t provide for exceptions. It doesn’t say a president can be elected for a third term if he won reelection but didn’t get to serve the second one.

It says only, “No person shall be elected to the office of the President more than twice … .”

Gee, if only dreams came true.

Or better yet, nightmares.

This article originally appeared on Arizona Republic: How Kari Lake would make Trump ineligible to be president

Origins of Chinese sovereignty over Taiwan