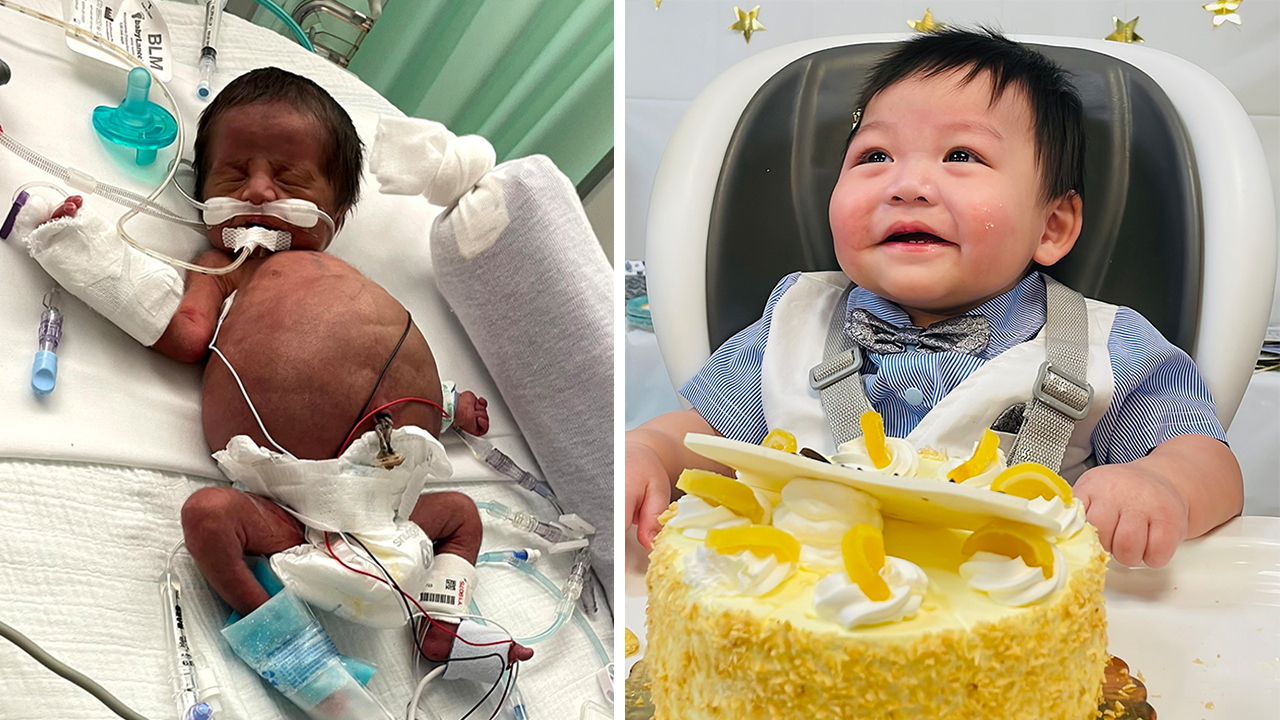 Chicago one-year-old Max Do has a lot of celebrating ahead of him this year.

Nearly one year after he was born with a very rare genetic condition, Baby Max was finally discharged from Advocate Children’s Hospital’s neonatal intensive care unit.

Young Max spent his first year of life receiving treatment at the Park Ridge, Illinois, hospital before his parents were given notice on May 23, 2022, that their miracle child was free to go home.

In an interview with Fox News Digital, Dr. Michael Cappello, Advocate Children’s neonatologist and vice chairman of pediatrics, dubbed Max “mayor of the NICU” — because of the child’s amazing charisma.

“You could not turn away from him,” said the physician. “He was really a huge part of our NICU family.”

“He literally walked out of the NICU. That has never happened before.”

Nearly one year ago, the situation was very different. Dr. Cappello even described newborn Max as a “pretty sick little guy.”

Max was born nine weeks early on June 4, 2021, via emergency C-section, in a moment of enormous uncertainty for his doctors and parents.

Dan Do reflected on the earliest days of his son’s life in a forum with Advocate Aurora Health — and expressed the uncertainty of Max’s survival as a newborn.

“He’s a chunky boy right now but when he was born … he fit in our hands,” he said.

“There was a time we thought we were going to lose him.”

“There was a time we thought we were going to lose him, too, and were mentally getting ready for that,” the father admitted.

After the baby’s birth, Cappello and a designated team kept tiny Max in their care to further investigate his bowel complications and run genetic testing.

“He had a lot of curveballs thrown at him, but he really swung and knocked each one out of the park,” the doctor said.

Max was finally diagnosed with congenital sodium diarrhea — a very rare condition caused by a genetic mutation that regulates the amount of sodium and water that enters the intestines.

“The type of mutation he has — no one else has ever had that mutation recorded,” Cappello said. “There are approximately 15 other patients that do have a mutation on that gene, but they’re different.”

This child “had a lot of curveballs thrown at him, but he really swung and knocked each one out of the park.”

Since little Max’s intestines lose sodium and water faster than normal, he’s fed through a line similar to an IV to ensure that he maintains normal body growth and avoids life-threatening levels of dehydration.

After four surgeries within the first two months and nearly a year of treatment, little Max finally got to go home and meet his big sister, Ivy.

Upon returning home, Do said Max was “all smiles,” while Ivy was still trying to figure her little brother out.

Max’s dad shared how his son “just loves people,” and prefers to engage in social interaction instead of playing with toys.

“It took a great team effort from everybody here … to figure out what he actually had, and, when we did, how to best take care of him.”

“It’s a really exciting case that his outcome was as good as it was,” Dr. Cappello said. “It was a very challenging case because it is so unusual.”

“It took a great team effort from everybody here … to figure out what he actually had, and, when we did, how to best take care of him.”

Then and now: Newborn Max Do, at left, when he first came into the world — and now, at right, while celebrating his first birthday.
(Dan Do/Kim Nyugen)

The right food replacements and doses of electrolytes became Max’s sustainable treatment — and that’s what has put him on the right track for proper development.

Since there are so few statistics and data on the disorder, according to the doctor, finding a cure for Max and other patients struggling with congenital sodium diarrhea remains a question.

Do encouraged other parents of NICU kids to live by the mantra of taking it day by day.

“Seize the moment when you have it,” the father said. In the NICU, he said, “you see life is so fragile.”

Dr. Cappello shared a message of hope with Fox News Digital as well. Reflecting on Max’s condition, he said that “anything is possible.”

“You always have to face every situation understanding there’s going to be challenges and the outcomes may not be great, but you go into it assuming you’re going to win,” he said. “That’s what I want people to have — hope.”

Max will continue to visit the GI team at Advocate Children’s Hospital frequently so that doctors can check his progress; an at-home nurse will also help out.