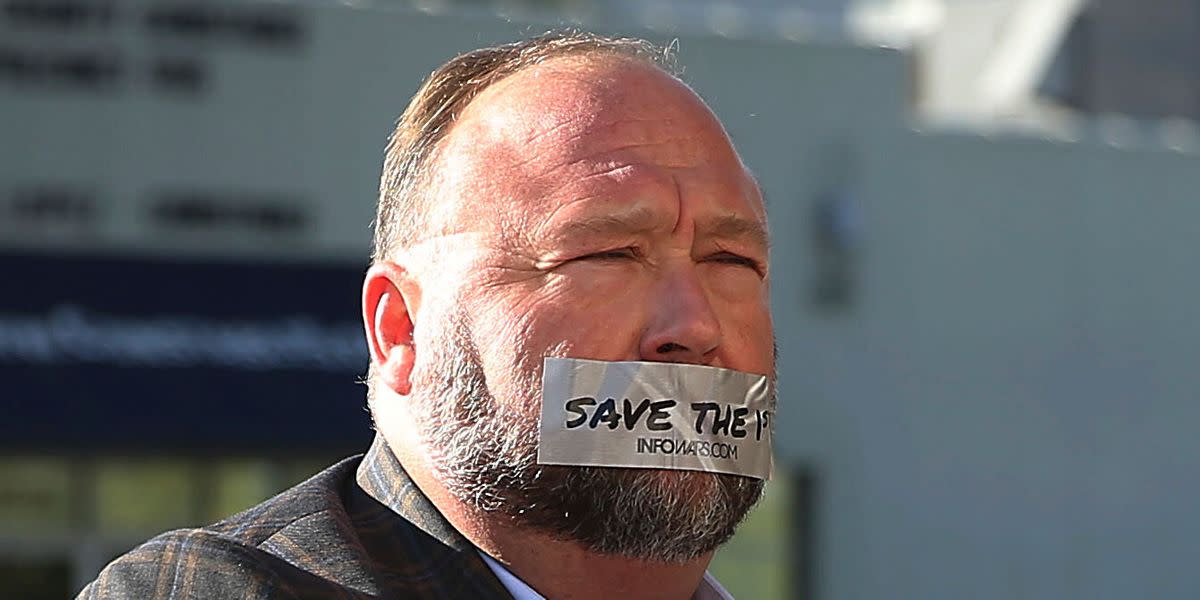 AUSTIN, Texas ― A former employee of Infowars and Alex Jones said he was laughed at after repeatedly warning staff to stop publishing falsehoods about the Sandy Hook school shooting that left 20 kids and six adults dead.

In a video deposition played for jurors Friday during Alex Jones’ defamation trial, former Infowars employee Rob Jacobson recalled the guilt he felt whenever the 2012 Sandy Hook shooting was part of the broadcast.

Jacobson told a jury he felt “complicit” even though he wasn’t directly involved in the Sandy Hook lies. He said he told writers and staff at the outlet that they were violating journalistic ethics.

“When [Sandy Hook] would come on the screen, I would make it my business to go in to the writers and explain to them as clearly as possible … what those ethics are and why they are violating them and what the damage could possibly be,” Jacobson said.

“I must have been in that room four to five times, at least, and only to be received with laughter and jokes,” he added.

Jacobson worked at the outlet for 13 years, from 2004 to 2017, and was personally hired by Alex Jones. Jones didn’t appear in court Friday morning.

A jury will soon decide how much Jones must pay to parents Neil Heslin and Scarlett Lewis, whose 6-year-old son, Jesse, was killed in the shooting in Newtown, Connecticut. For years, Jones said the shooting was fake. It wasn’t.

Jacobson’s deposition was first reported in 2019 by HuffPost, but Friday marked the first time the footage was made public.

The former video producer initially appears nervous, fidgeting slightly in the early minutes. But as he speaks, Jacobson becomes more animated, and at times loud, as he describes his frustration and disgust with the place he worked for years.

“I mean, it’s one thing to make a mistake,” he remarked at one point with particular anguish. But “it’s something else to have it pointed out to you not just once, but over, and over, and over and over again, and to not only hear the damage that you’re doing to people outside of your zone, but to actually laugh about it.”

After Jacobson’s deposition, jurors watched a second video deposition featuring Dan Bidondi, a former Infowars correspondent who went to Newtown in 2014 to harass officials at a routine Board of Education meeting.

In the video, Bidondi says he was inspired to work for Alex Jones and Infowars because of its 9/11 coverage, specifically the outlet’s claims that the U.S. government perpetrated the terror attacks.

Bidondi expanded on the comment by using a racial slur for Muslims and adding that he doesn’t believe jet fuel could melt steel beams.