Jan. 6 committee August recipe for success with the public: marinate, salt to taste 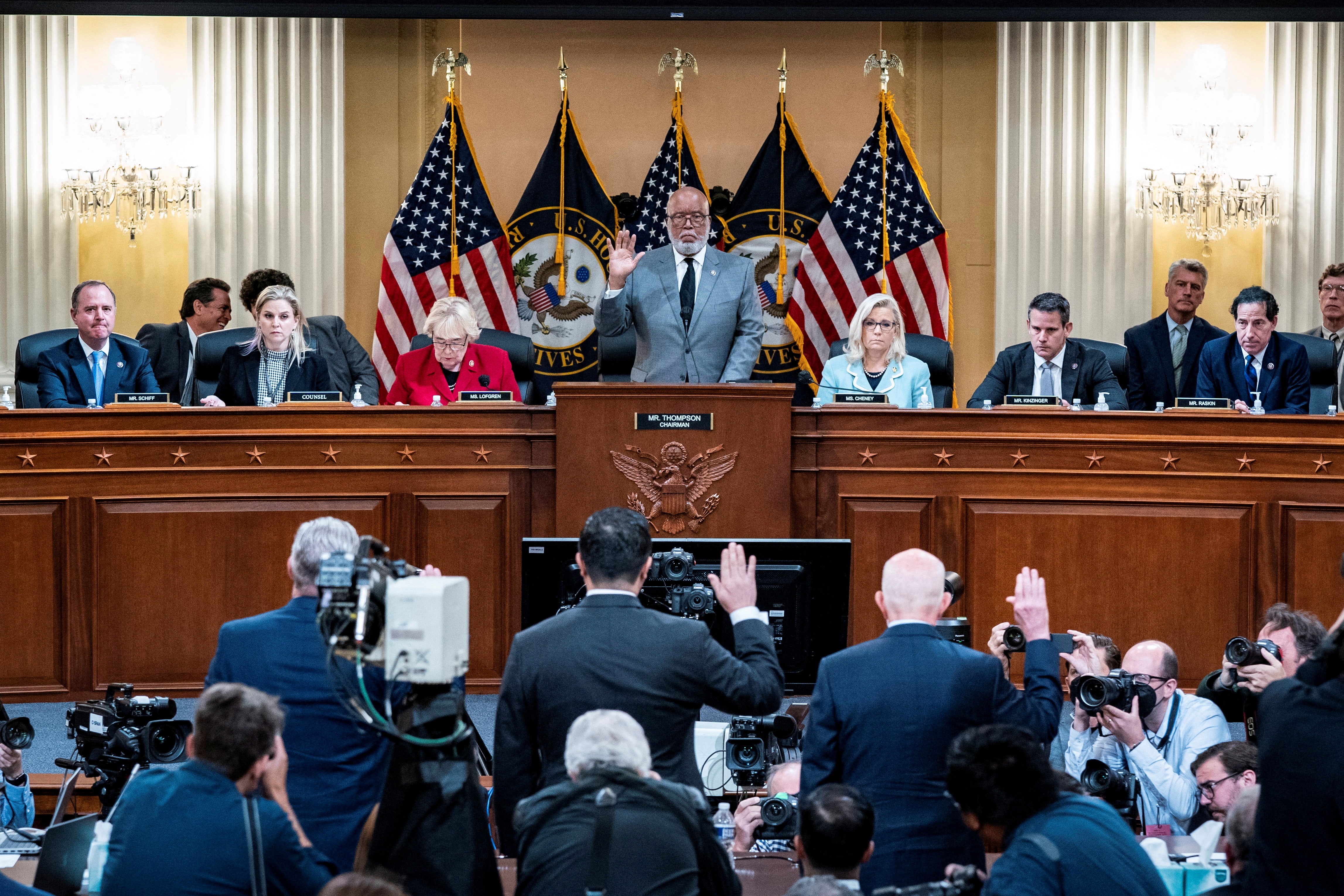 There is no “secret sauce” to the investigation by the House panel investigating last year’s riot at the Capitol.

But, with no hearings expected until sometime in September, the committee’s recipe now calls for their narrative to marinate with the public for a while.

In other words, the committee assembled its story. The panel put out the information. Now it’s up for the storyline to develop in the minds of voters.

Memorable lines from the hearings are now added to America’s historic stew — right up there with other iconic quotes from other Congressional hearings. “Have you no sense of decency?” from attorney Jack Welch during the McCarthy hearings of the 1950s. “What did the President know and when did he know it?” posed future Senate Majority Leader Howard Baker, R-Tenn., at the Watergate hearings in the 1970s. “This is a high-tech lynching,” proclaimed then-Supreme Court nominee and current Justice Clarence Thomas at his own confirmation hearing in 1991.

Former Philadelphia Police Chief Al Schmidt testifies before the Jan. 6 committee. The committee has assembled its story. The panel put out the information. Now it’s up for the storyline to develop in the minds of voters.
(Jabin Botsford/Pool via REUTERS)

The 1/6 committee hearings infused the American political experience with a number of new soundbites and quotes.

“Donald Trump and his allies and supporters are a clear and present danger to American democracy,” warned former federal judge Michael Luttig at a hearing in mid-June.

“I do not want to be a winner by cheating,” said Republican Arizona House Speaker Rusty Bowers. “I took an oath.”

But unlike notable Congressional hearings from decades ago, tweets, memes, TikTok videos and blogs will saturate the record of the 1/6 committee hearings.

This is the “salt to taste” portion of the panel’s cookbook. In other words, the committee allows the general public to add their own garnishes and sauces to the main courses served up over the past two months.

The committee stays out of the kitchen here. It just lets the internet “do its thing.” That’s why videos popped up across social media showing Sen. Josh Hawley, R-Mo., fleeing the Senate chamber. Hawley scampers away to musical renditions, ranging from the theme to “Chariots of Fire” to “Yakety Sax” — the Benny Hill theme song.

And so the storyline will bathe in this political brine until fall. That alone will influence the flavor profile of the 1/6 committee dish. The aromas. The textures. The tastes.

At last week’s hearing, the top GOPer on the panel, Rep. Liz Cheney, R-Wyo., noted that more information continued to pour in.

“The dam has broken,” said Cheney.

There is chatter about prosecutions.

“I think the president certainly has criminal exposure,” said committee member Rep. Adam Kinzinger, R-Ill. “If you look at what we presented tonight, and in all of these hearings, that cannot be acceptable from a president of the United States.”

Late summer or fall hearings are a possibility in September. But we offer a word of caution.

Congress is supposed to take its vaunted “August recess” soon. The House is slated to conclude its work on Friday. The Senate is scheduled to cut town a week later. And unlike other Augusts, Congress isn’t hamstrung by a major “must do” piece of legislation. Yes. There is a major rush to conclude negotiations and pass through the House and Senate a $52 billion bill to boost the chip and semiconductor industries in the United States. Commerce Secretary Gina Raimondo wants it approved before lawmakers leave town for the recess. The Senate likely approves that bill this week. The House may need to linger a bit into August to sync up with the Senate. But this isn’t like an effort to pass the infrastructure bill last year or a domestic spending package. Efforts to advance a slender version of “Build Back Better” are off the grid for now.

And so, Congress ostensibly cruises into August relatively clear of legislative drama compared to other years.

But, as we often write in this space, “Beware the Ides of August.”

And thus it’s possible there are news leaks and major developments from the 1/6 committee in August.

Various audiotapes of House Minority Leader Kevin McCarthy, R-Calif., leaked out this spring ahead of the hearings. McCarthy was caught on tape speaking out against former President Trump and his culpability for the riot — a direct contrast to much of what McCarthy has said in public. There could be other information about missing text messages from the Secret Service. Or, could the committee call another “snap” hearing in August like it did a few weeks ago?

In late June, the committee was expected to be dark for a couple of weeks until after the July 4 recess. The committee advised the TV networks not to expect anything. And then, with less than 24 hours notice, the 1/6 committee abruptly called a hearing with a new star witness: former White House aide Cassidy Hutchinson.

One would be hard-pressed to find a precedent for Congress to schedule a hearing of this magnitude on such short notice — in the middle of a House or Senate recess.

But, with the 1/6 committee — and what we know about August political drama — you never now.

House Minority Leader Kevin McCarthy, R-Calif., walks through the Rotunda at the U.S. Capitol in Washington on Nov. 17, 2021. Various audiotapes of McCarthy leaked out this spring ahead of the 1/6 hearings — he was caught on tape speaking out against former President Trump and his culpability for the Jan. 6 riot.
(REUTERS/Elizabeth Frantz)

That said, a seismic shock is already set to ricochet around the political universe if GOP challenger Harriet Hageman defeats Cheney in the Wyoming Republican primary on Aug. 16.

A potential loss — or win — by Cheney will inevitably hold consequences for the 1/6 committee inquiry. And potentially beyond when it comes to Cheney.

So, as we say, beware the Ides of August. That primary is almost right at the “ides,” precisely in the middle of the month.

August is the slow cooker for the 1/6 committee as the panel aims to conclude its work in the fall. That’s when it’s “order up” for the committee’s dish.

And it’s still unclear what Americans are digesting from the committee’s evidence and if it’s pleasing to the political palette.

Chad Pergram currently serves as a congressional correspondent for FOX News Channel (FNC). He joined the network in September 2007 and is based out of Washington, D.C.