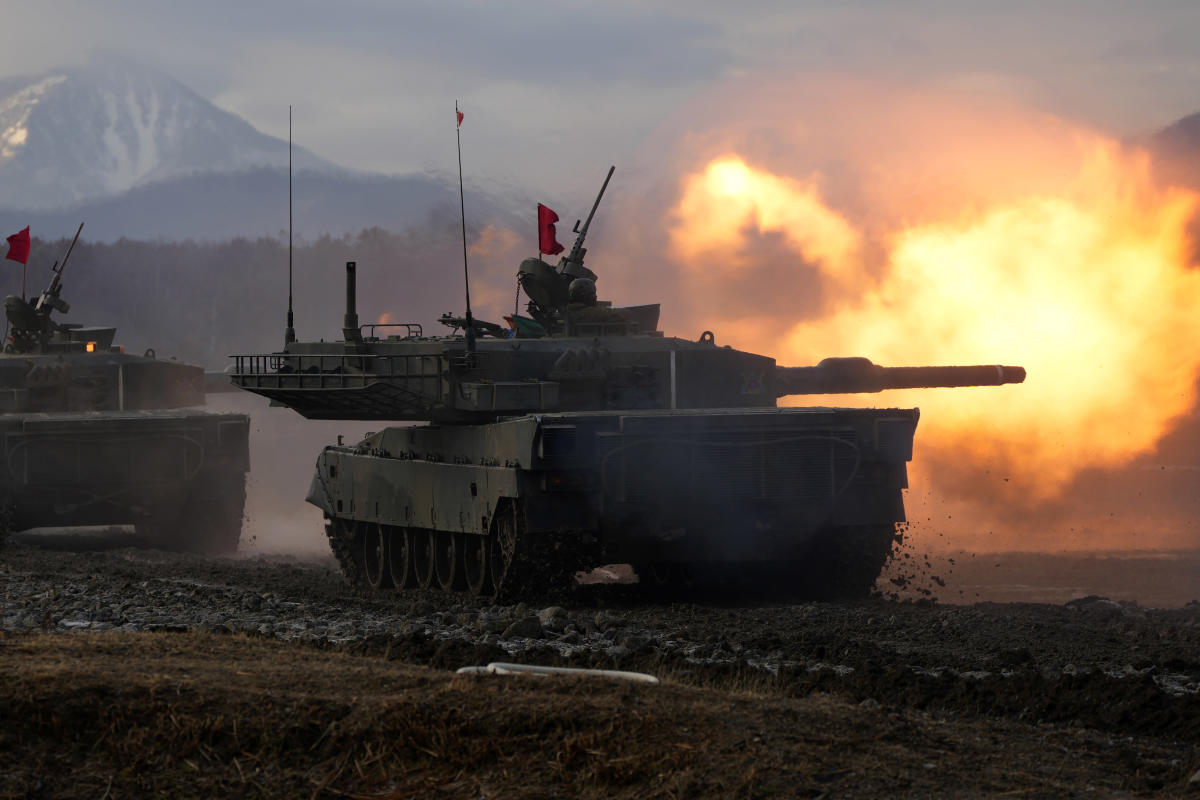 The report comes months ahead of a revision to Japan’s national security strategy that is expected to include a pre-emptive strike capability, which critics say would go beyond the limitations of Japan’s pacifist constitution.

China, Russia and North Korea top Japan’s security concerns in the 500-page report. Defense Minister Nobuo Kishi, in a statement in the report, said the Indo-Pacific region is “at the center” of international strategic competition.

The report calls Russia’s war on Ukraine a “serious violation of international law” and raises “concerns that the effects of such unilateral changes to the status quo by force may extend to the Indo-Pacific region.”

Strategic competition between states has intensified amid a changing global power balance and is “further complicated by factors such as China’s broad and rapid military buildup,” the report said.

The paper doubled its contents on Taiwan from a previous edition last year. It raised concerns over Russia’s invasion of Ukraine and its impact on Asia, possibly setting a precedent for what may happen between China and Taiwan.

The report noted growing tension between Washington and Beijing over Taiwan, as the U.S. continues to send warships through the Taiwan Strait and sell arms to Taipei, while Chinese warplanes have increasingly entered Taiwanese airspace.

China claims self-governing Taiwan as its own territory to be annexed by force if necessary.

Tokyo is also concerned about China’s “relentless” unilateral attempts to change the status quo “by coercion” near the Japanese-controlled East China Sea island it calls Senkaku, which Beijing also claims and calls the Diaoyu.

China aims to build a “world-class military” and has been ramping up the fusion of military and civilian resources, the report said.

In a new chapter devoted to Russia’s war on Ukraine, the report said that Russia’s international isolation and fatigue from the war may increase the importance of Moscow’s political and military cooperation with China.

The report said military cooperation between the two countries should be closely watched because it could have a “direct impact” on Japan’s security.

China and Russia are stepping up joint operations and exercises involving their warships and military aircraft around Japan, while Beijing is threatening to use force over Taiwan and escalating regional tensions, Kishi said.

“We urge Japan to stop hyping the security threats in its neighborhoods to justify its own military buildup,” said Chinese Foreign Ministry spokesperson Wang Wenbin.

The report comes as Kishida’s government pledges to bolster Japan’s military capability and budget under a revised national security strategy and basic defense guidelines that are planned for release later this year.

Kishida’s governing Liberal Democratic Party has called for doubling Japan’s military spending to 2% of its GDP, in line with the NATO standard, to about 10 trillion yen ($72.6 billion) over the next five years.