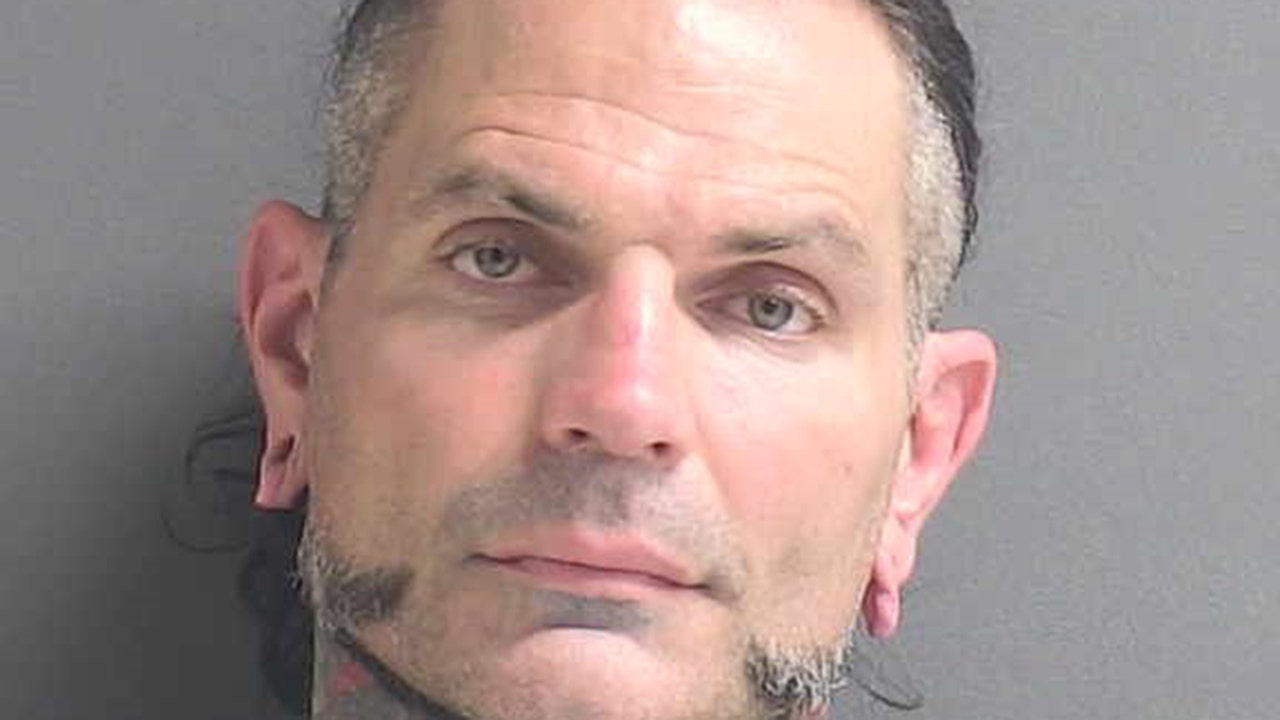 Jeff Hardy, a former WWE star and current All Elite Wrestling (AEW) performer, was arrested Monday in Florida on DUI and other charges, police said.

Hardy, 44, was arrested for DUI, driving while his license was canceled/revoked and violating a restriction in which he was required to have a DUI interlock device in his vehicle. This was Hardy’s third DUI offense in the last 10 years and is a third-degree felony, according to The Daytona Beach News-Journal.

Florida Highway Patrol arrested Hardy in Volusia County on Interstate-4. Police said Hardy was “swerving all over the roadway, failing to maintain (his) lane, and running off the roadway…”

Police said Hardy admitted to drinking earlier in the day. Hardy agreed to two breathalyzer readings and blew an 0.294 and an 0.291. The legal limit in Florida is 0.08.

Hardy, a North Carolina native, was arrested in his home state in 2018 and 2019 for driving while impaired. He also was arrested for public intoxication in July 2019 in Myrtle Beach, S.C.

Hardy is best known for his theatrics in the WWE ring. His high-flying style in the company’s Attitude Era and beyond made him a fan favorite and created a legacy that still carries through to the present day.

Jeff Hardy makes his way to the ring during the WWE World Cup Quarterfinal match as part of as part of the World Wrestling Entertainment (WWE) Crown Jewel pay-per-view at the King Saud University Stadium in Riyadh on November 2, 2018.
(FAYEZ NURELDINE/AFP via Getty Images)

He was let go after another stint in WWE in 2021. By the beginning of 2022, Hardy was performing with his brother Matt for AEW.