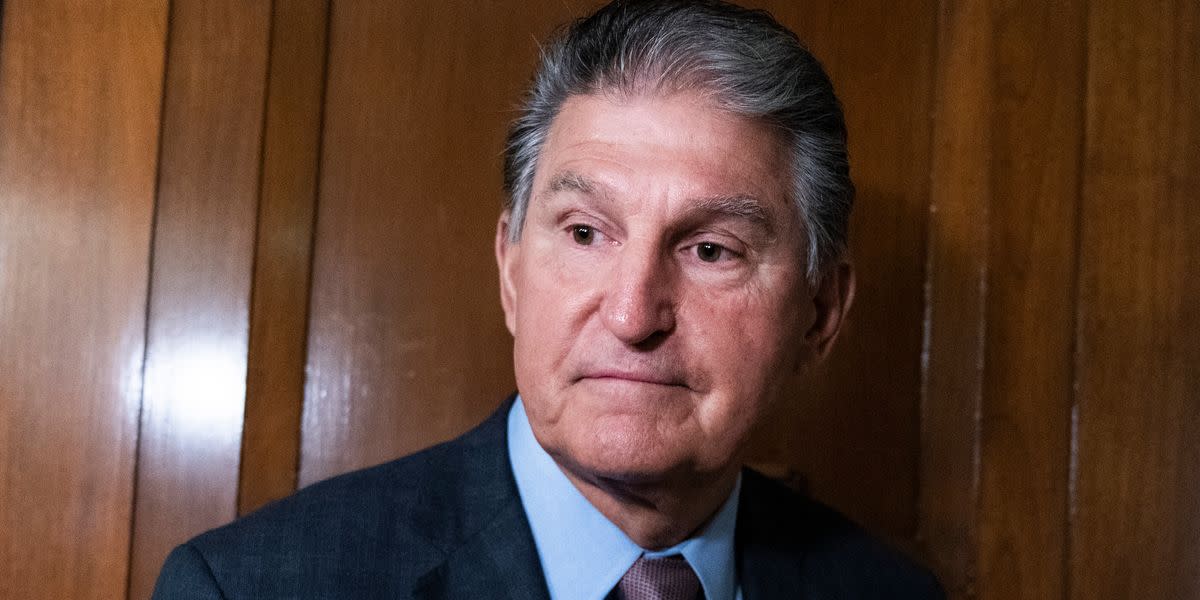 Sen. Joe Manchin (D-W.Va.) said Wednesday he’s reached a deal with Senate Majority Leader Chuck Schumer (D-N.Y.) on a sweeping $740 billion package to increase taxes on the wealthy and invest in climate and health care while also reducing the deficit.

The agreement, now dubbed the Inflation Reduction Act, has the blessing of the White House and rescues much of the Democratic domestic policy agenda from the trash heap Manchin seemed to put it in just two weeks ago.

“Rather than risking more inflation with trillions in new spending, this bill will cut the inflation taxes Americans are paying, lower the cost of health insurance and prescription drugs, and ensure our country invests in the energy security and climate change solutions we need to remain a global superpower through innovation rather than elimination,” Manchin said in a lengthy statement.

The deal took official Washington by surprise – Manchin has been at home in West Virginia this week recovering from COVID-19, and Democrats seemed set to accept a smaller health-care focused offer from Manchin. On Wednesday night, Republicans were seething over the deal’s timing while Democrats scrambled to figure out its contents.

Democrats are racing to pass the measure before the Senate leaves town for its annual monthlong recess in order to stave off health insurance premium increases that are scheduled to kick in that month. House Democrats have indicated they’re prepared to come back from their own August recess to pass a reconciliation bill.

Final details or text of the legislation were not yet available, but Schumer and Manchin outlined the broad strokes of the agreement.

The proposal would raise $740 billion by instituting a 15% minimum corporate tax rate; beefing up the Internal Revenue Service’s enforcement of tax laws on the ultra-wealthy; narrowing the carried interest loophole, which allows hedge fund managers and other wealthy investors to pay lower taxes; and requiring Medicare to negotiate the prices of some drugs directly with manufacturers, leveraging the social insurance program’s massive buying power to wring savings from drugmakers.

It then spends a historic $369 billion on “energy security and climate change,” which Democrats say will be enough to cut carbon emissions in the United States by 40% before 2030, and puts $64 billion toward extending subsidies for the Affordable Care Act for three years. The remaining $300 billion will go toward reducing the deficit, a priority for Manchin.

The new proposal would also cap a Medicare patient’s out-of-pocket expenses at $2,000 per year.

The bill’s passage is not yet a sure thing. It’s unclear if the Senate Democrats’ other moderate standout, Kyrsten Sinema (Ariz.), will support the legislation. And a group of House Democrats from New York and New Jersey have said they’ll refuse to support any deal that doesn’t restore the federal tax deduction for paying state and local income taxes.

Manchin explicitly rules out restoring the deduction in his statement: “Our tax code should not favor red state or blue state elites with loopholes like SALT,” he said, referring to the deduction by an acronym.

Republicans are expected to line up against the legislation, so Democrats will need the support of all 50 senators and can only lose the backing of four members of the House.

“Senate Democrats can change the name of Build Back Broke as many times as they want, it won’t be any less devastating to American families and small businesses,” said Sen. John Cornyn (R-Texas), referring to Biden’s “Build Back Better” plan.

The plan is also expected to generate fierce opposition from the U.S. Chamber of Commerce and other business lobbyists.

The legislation remains far smaller than the $4 trillion Build Back Better plan that President Joe Biden initially unveiled in the spring of 2021, and many of its potentially game-changing proposals ― tuition-free community college, subsidies for child care and an expanded monthly child tax credit ― have been thrown aside.

But Democrats, facing a midterm election this fall shaped by Biden’s low approval ratings and high inflation, are likely to jump at the deal.

“This is the action the American people have been waiting for. This addresses the problems of today ― high health care costs and overall inflation ― as well as investments in our energy security for the future,” Biden said in a statement endorsing the proposal.

The agreement is also a win for the United States on the global stage. The 15% minimum corporate tax rate means companies like Amazon will pay 15% in taxes regardless of what tax credits and deductions they get ― a priority for Treasury Secretary Janet Yellen, who negotiated a global deal to implement a minimum rate and limit the power of international tax havens.

And the climate investments should help the United States gain credibility as it negotiates global deals to limit carbon emissions.

The announcement of the deal notably came just hours after the Senate passed a bill to subsidize U.S.-made semiconductor chips, a bipartisan win for the White House.

Senate Minority Leader Mitch McConnell (R-Ky.) had threatened that the semiconductor bill would be dead if Democrats didn’t drop a reconciliation deal.

And indeed, it had seemed like Democrats were done with reconciliation because of Manchin’s opposition ― until the semiconductor bill passed, and suddenly Manchin was on board.