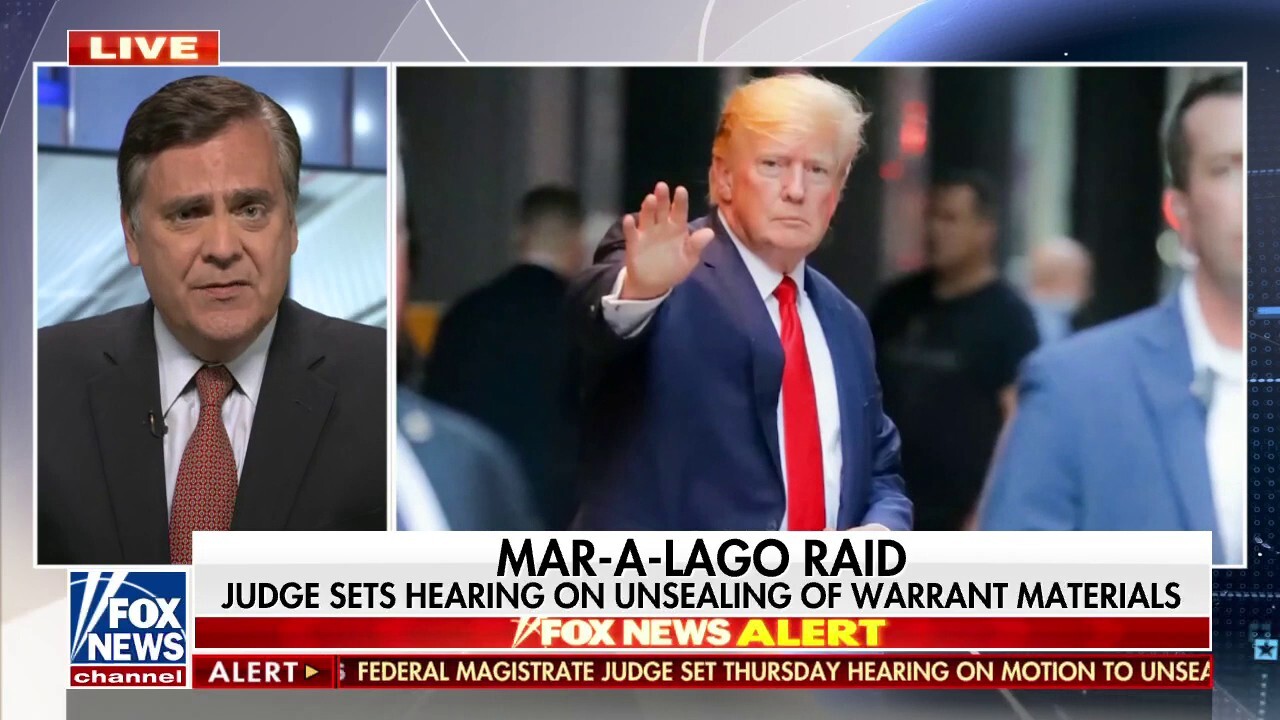 Fox News contributor Jonathan Turley reacted to a Florida judge scheduling a hearing to discuss the possible unsealing of the Trump search warrant affidavit on “Your World.”

JONATHAN TURLEY: There’s a lot of problems with what we’re seeing in this timeline. The Wall Street Journal is reporting that weeks went by before Attorney General Garland signed off on this application. Yet they’re also saying they were worried about sensitive nuclear weapons information that could get into the hands of foreign adversaries. Well, which is it?

I mean, was time of the essence, or was it not? You have this meeting in June and the Trump team saying that they thought they were cooperating. It had not been told that there was this major conflict that was building. That is true or not. But we would know from the affidavit.

Now, keep in mind, Neil, the attorney general could also just answer some of these questions even if he doesn’t release the affidavit. Much of that affidavit is already known to the Trump team. It deals with what their past discussions were. Why can’t you at least release that in a redacted affidavit?