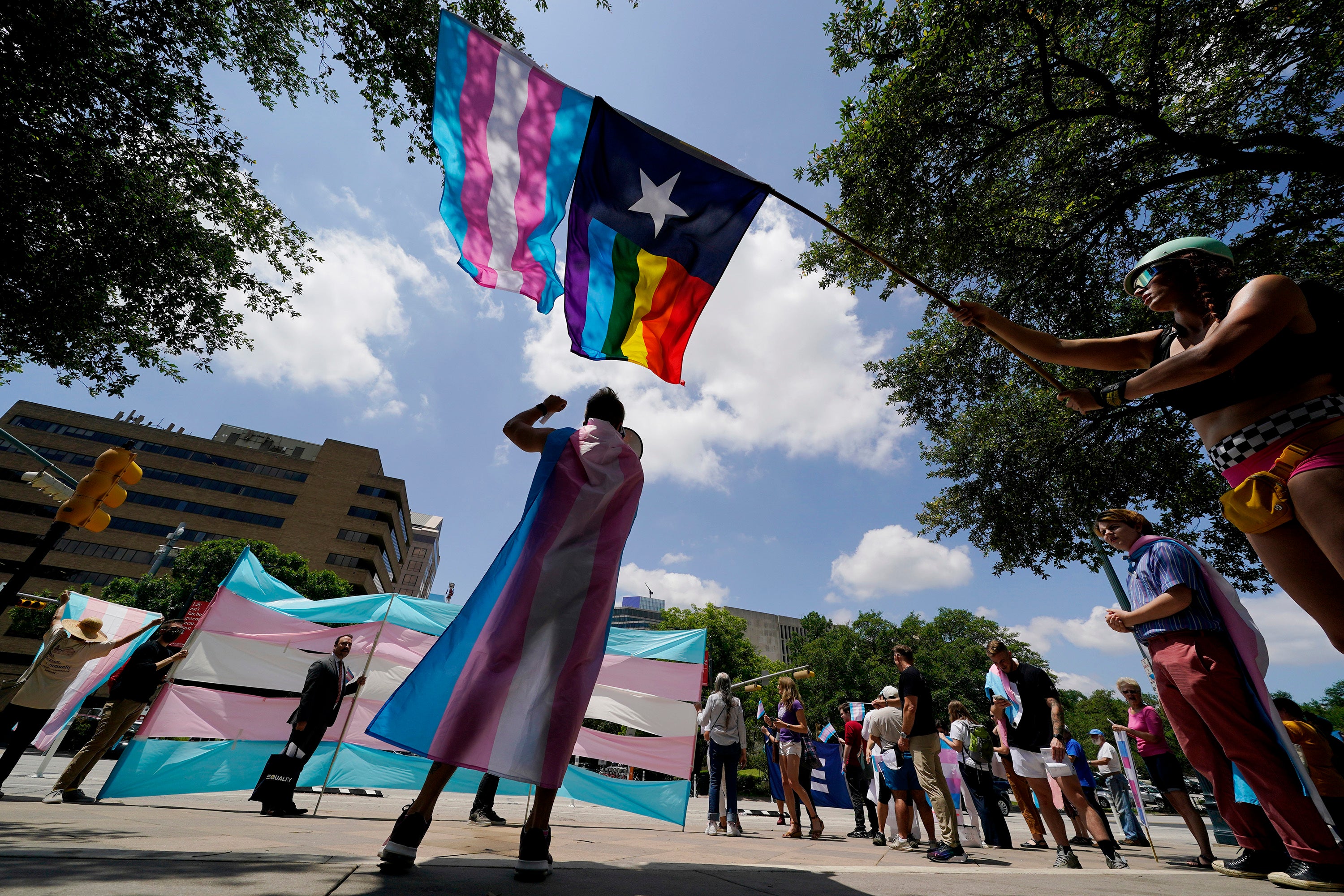 A Texas judge issued a temporary restraining order Friday blocking the state from probing families of transgender children who have received gender-affirming treatment that the state has categorized as child abuse.

“I do find that there is sufficient reason to believe that the plaintiffs will suffer immediate and irreparable injury if the commissioner and the [Department of Family and Protective Services] are allowed to continue to implement and enforce this new Department rule that equates gender-affirming care with child abuse,” Soifer said at the conclusion of a hearing.

HOUSTON TEXANS, OTHERS TO BE NAMED IN DESHAUN WATSON LAWSUITS AFTER BOMBSHELL REPORT, ATTORNEY SAYS

Protestors in support of transgender rights rally outside the Alabama State House in Montgomery, Ala., on Tuesday, March 30, 2021.
(Jake Crandall/The Montgomery Advertiser via AP)

Friday’s ruling was in response to a challenge from Lambda Legal and the American Civil Liberties Union on behalf of the families of three teenagers and PFLAG. Two of the teenagers were 16 and one was 14.

A Lambda Legal attorney told the judge that the 14-year-old’s family had found out after the lawsuit was filed that the state’s investigation into them had been dropped.

The families had said in court filings that the investigations had prompted anxiety for them and their children.

The mother of one of the teenagers said her child attempted suicide and was hospitalized the day Abbott issued his order. The outpatient psychiatric facility the child was referred to reported the family for child abuse upon discovering hormone therapy had been prescribed, the mother said in a court filing.

Demonstrators gather on the steps to the State Capitol to speak against transgender-related legislation bills being considered in the Texas Senate and Texas House, May 20, 2021, in Austin, Texas.
((AP Photo/Eric Gay, File))

In March, a district judge issued a temporary restraining order following a lawsuit on behalf of a 16-year-old whose family claimed to be under investigation. The Texas Supreme Court ruled in May that the lower court overstepped its authority by blocking all investigations going forward.