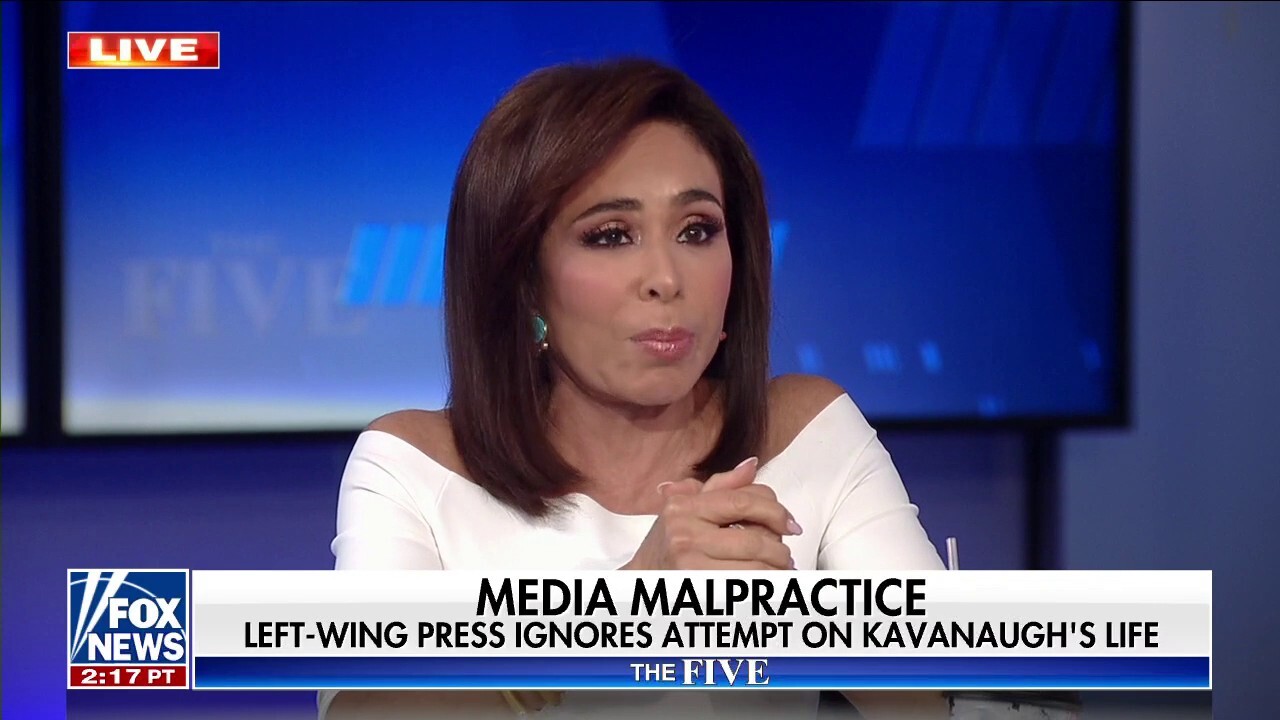 Fox News host Judge Jeanine Pirro reacts to the media’s lack of coverage of the assassination attempt against Supreme Court Justice Brett Kavanaugh on “The Five.”

JUDGE JEANINE PIRRO: You know… It really is shocking that we’re in a situation where, number one, the attorney general of the United States, you know, just pays more damage to the idea that all these things are a destruction to democracy when he won’t arrest the people who are clearly violating the federal statute in 18 U.S.C. 1507.

He could arrest all of those people in front of their homes, but they won’t do it and the mainstream media is complicit. You know, we’ve been saying this for months and months, but the truth is that there is in this country a destruction of not just the criminal justice system, but of our institutions and the Democrat Party is responsible for it. When you attempt to assassinate a Supreme Court justice and you have all the tools to do it, and they ignore it, just as he said, I mean, just as Bill Maher said, if it were Sotomayor, forget it.

I mean, …it would be running five days a week, but it shows you that they don’t care about justice. It’s an ideology and the more I see it, the more it convinces me that just like the Democrat ideology, “You know, we’re not going to out Joe. The guy can’t walk. He can’t talk. He trips up Air Force One twice now. You know, he’s cognitively deficient. One minute he’s going, the next minute he’s not going. He doesn’t even know if he’s going,” and yet they cover it all the time.