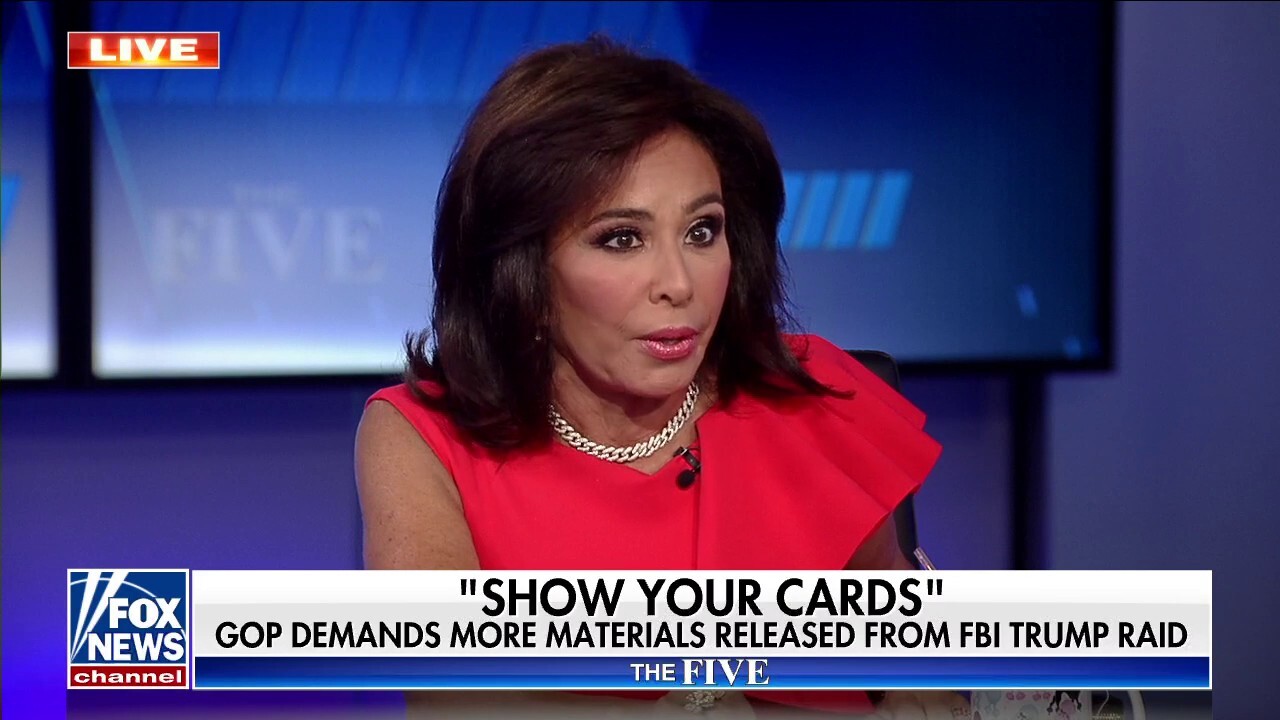 JEANINE PIRRO: In June, the president was cooperating with the National Archives people, who sent him a thank-you note for cooperating. So with this hearing, the judge has to decide, look, we’ve got the American public’s interest in this, but the Department of Justice is saying, no, we don’t want you to release this affidavit, the basis for the warrant, because we think it will compromise whatever investigation we are doing, that it will cause harm to certain people if it’s being released, and that it doesn’t serve a public interest. And that there is sensitive information, and a road map to where we are going.

But on the other hand, in my 30 years in law enforcement, I have never heard of a defendant – and remember, this is a criminal warrant, based on a statute that is not a criminal statute, the National Archives record, and so what he is saying – the president, the ex-former president, saying, release it, I don’t care what it says, I’m not worried about what it says. So this judge is in a box. The judge has to say, wait a minute, we’ve got the defendant himself, the wannabe defendant, saying, let it all out. The judge then has to decide, was it a wholesale fishing expedition? Now we have Americans tuned into this.

They took passports. The media, based on Nora O’Donnell saying, oh, they didn’t take it. You know, it’s like, we got a warrant, a legitimate warrant from the FISA court, after we lied, after Christopher Steele’s dossier that Hillary Clinton paid for. But no worries, Justice is still good with the FBI. If you believe that, then you got a problem. In the end, this judge, I think, is going to make a decision that it’s got to be released, that they will only redact certain parts of it, and I think there is egg on the face of Merrick Garland, the Department of Justice and the FBI.