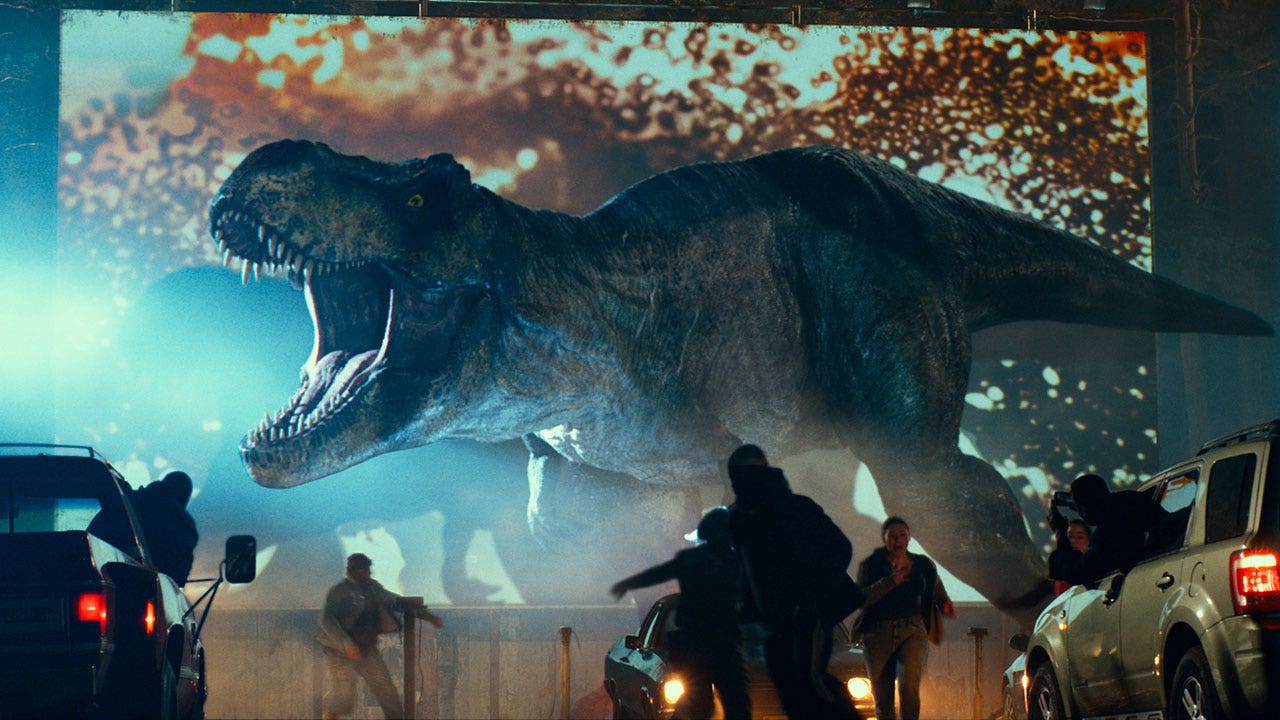 The third installment in the “Jurassic World” franchise, “Jurassic World: Dominion,” opened this past weekend with $143.3 million in box office sales in North America alone. The Universal Pictures film also grossed $398 million globally, with studio estimates optimistic as the film heads into its second week in theaters.

Despite its successful opening, “Dominion” falls behind the “Jurassic World: Fallen Kingdom” opening weekend ($109 million) and the original 2015 “Jurassic World” opening weekend ($62 million). Studio estimates, however, are optimistic that box office numbers will surpass the $400 million mark as the film enters its first official week in theaters.

JEFF GOLDBLUM TAKES ONE MORE BITE OUT OF ‘JURASSIC WORLD’

Harsh reviews from critics aside, audiences have given the new “Jurassic World” their approval with an A- CinemaScore, according to the Hollywood Reporter. On the other hand, the film currently has 34% on Rotten Tomatoes.

The 1986 “Top Gun” sequel has maintained its No. 1 spot in the box office rankings since opening almost three weeks ago. “Top Gun: Maverick” passed $700 million globally this past weekend with ticket sales rounding in at $747 million.

Haley Chi-Sing is a Fox News Digital production assistant. You can reach her at @haleychising on Twitter.