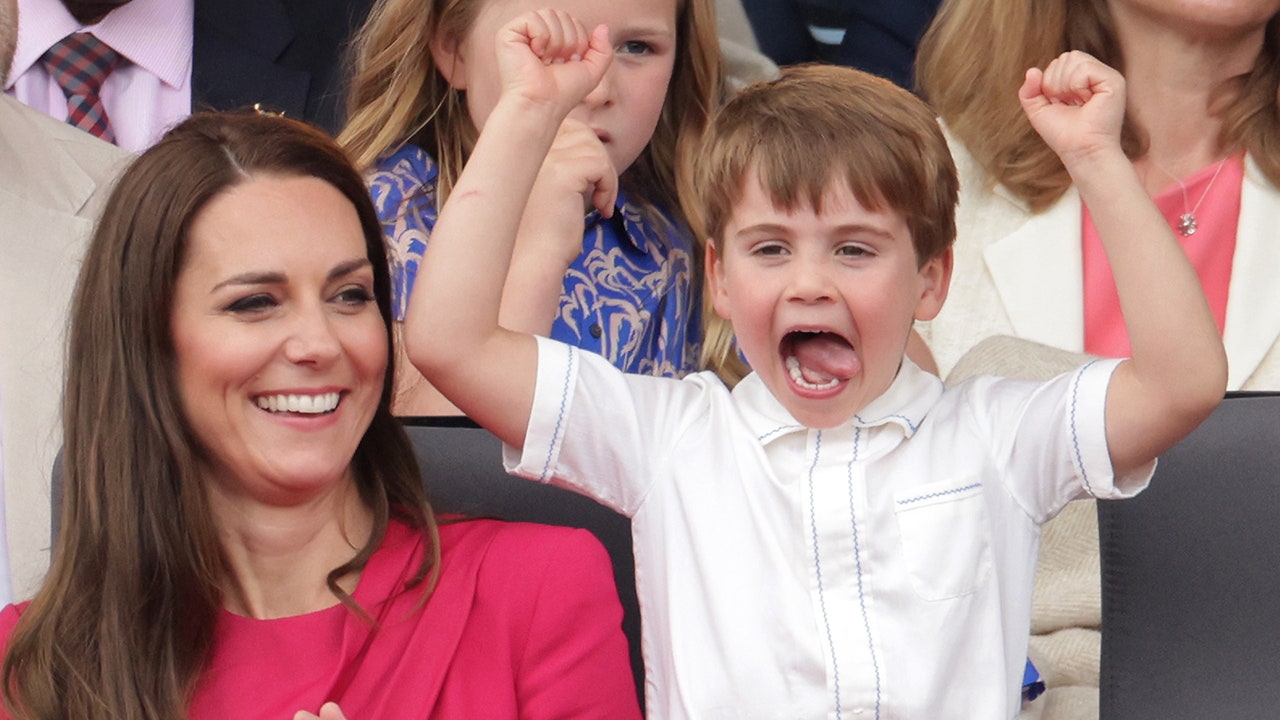 The Duke and Duchess of Cambridge ended the four days of festivities by sharing a social media post on Monday where they acknowledged the 4-year-old’s cheeky behavior.

“What a fantastic weekend of celebrations,” the couple wrote. “Seeing people across the nation coming together with family, friends and loved ones has been extremely special. Thank you to everyone who turned out to show their gratitude to The Queen and her inspiring 70 years of leadership. From the crowds on the Mall to communities hosting street parties up and down the country, we hope you had a weekend to remember.”

“We all had an incredible time, especially Louis…” they added with the eyes emoji.

QUEEN ELIZABETH THROUGH THE YEARS

The note was signed with the couple’s initials, indicating that it came directly from them. The series of photos accompanying the post featured a black and white photo of William, 39, walking with Louis during Trooping the Colour.

Louis attended the Trooping the Colour on Thursday and took part in a carriage ride with his siblings Prince George, 8, and Princess Charlotte, 7. At one point, he enthusiastically waved to the crowd before Charlotte attempted to stop him.

Queen Elizabeth II, Prince Louis of Cambridge and Catherine, Duchess of Cambridge watch a flypast from the balcony of Buckingham Palace during Trooping the Colour on June 2, 2022, in London, England.
(Photo by Max Mumby/Indigo/Getty Images)

During the celebration, Louis joined his family on their balcony at the palace to watch a flypast by the Royal Air Force. He made many comical facial expressions that took over social media. An image of him covering his ears and yelling next to the queen quickly became a meme.

On Sunday, Louis went viral again when his family attended the Platinum Jubilee Pageant, the big finale of the weekend. He made numerous funny faces as his mother attempted to scold him. He also shared a heartfelt moment with his grandfather Prince Charles when he happily sat on the Prince of Wales’ lap to watch the show.

Prince Louis ran over to his grandfather Prince Charles and happily sat on his lap during the Platinum Pageant.
(Photo by Chris Jackson/Getty Images)

Louis ended the weekend by appearing on the Buckingham Palace balcony again with his family.

The queen surprised audiences by appearing alongside her heirs. The 96-year-old had previously skipped several events due to ongoing mobility issues.

Middleton, 40, made sure to reel in Louis for the memorable moment.

Many parents were able to identify with the Duke and Duchess of Cambridge over the weekend.
(Photo by Max Mumby/Indigo/Getty Images)

The royal pageant is estimated to have cost up to $18 million to organize. It is the queen’s fourth since she became monarch in February 1952 after the death of her father King George VI. The first royal pageant was in honor of George III in 1809, which celebrated 50 years of his reign.

Elizabeth is the first British monarch to celebrate a Platinum Jubilee.