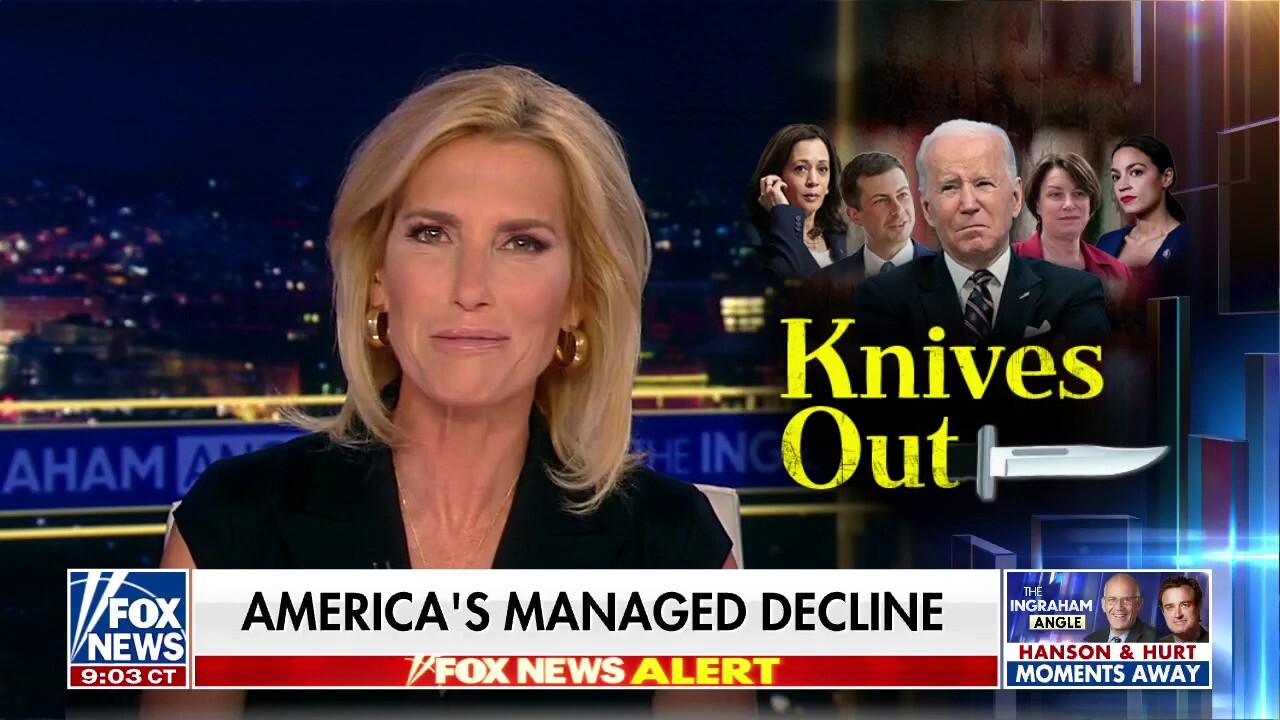 Even after Joe Biden did everything they asked, Democrats have still pulled the switchblade on his presidency.

Laura Ingraham tore into President Biden on Monday night’s “The Ingraham Angle” over the many policy failures of his administration.

LAURA INGRAHAM: Knives out. That’s the focus of tonight’s Angle. All right. Record high gas prices. Markets collapsing with the S&P entering the bear market territory. China is threatening war over Taiwan and on the number one issue facing Americans, well, we tried to warn them.

Former Clinton Treasury Secretary Larry Summers has been warning about the dark clouds forming over the Biden economy for months. Data are pointing more towards higher inflation. These are simply not serious people. If they were, they would invite Larry Summers to the White House to give the entire cabinet and senior staff like Ron Klain a tutorial in basic economics.

Every single person on his economic team should be fired. In fact, anyone who advised the president that inflation was transitory should resign or be terminated. But Joe Biden and whatever combo of Jill, his sister and Hunter, have kept the whole plate thing spinning these past 18 months. They’re refusing to budge on policy or personnel. They decided just, I don’t know, deny reality as long as possible.

His policies are inflicting real pain on real people, and he expects that no one’s going to report on it?