Laura Ingraham: Jan 6 hearings were an unsuccessful, laborious attempt to connect the dots back to Trump 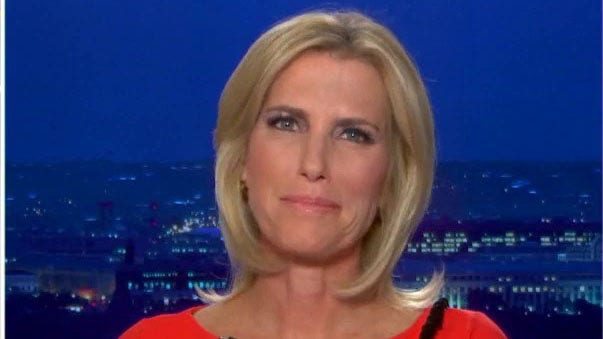 LAURA INGRAHAM: Democrats and liberals, they’ve been flopping in primetime television for years. It’s always the same, right? It’s misleading information, vicious innuendo, attempts to connect the dots that never quite pay off. That drumbeat, constant drumbeat of demonization and distraction. It’s neither entertaining nor edifying. It’s just bad programing. Now tonight began with Chair Bennie Thompson captivating a small audience at the Jan. 6 hearing on Capitol Hill, with what ended up being a 12-minute snooze fest that was very heavy on rhetoric.

In the end, this was nearly two hours of an unsuccessful, laborious attempt to connect the dots back to Trump, so Trump to a coup that never happened. Now we know why the press has been publicly fretting after watching this, worried that Americans wouldn’t tune in to this Jan. 6 extravaganza.

The Jan. 6 committee, which includes Republicans Liz Cheney and Adam Kingzinger, will air their Thursday hearing during primetime.
(Andrew Harnik/Pool via REUTERS)

Democrats always flop in primetime, OK? It’s just a given. Remember, this is not Americans not caring about democracy. It’s that Americans don’t believe that democracy was truly, really at risk on Jan. 6. There was no possibility that anything that happened at that riot, which we spoke against vociferously that night and I did in tweets that day, that right on Capitol Hill, would have undermined the results of the election.

There wasn’t a single serious person in D.C. who believed that Biden wasn’t going to be sworn in as president on Jan. 20 after that insurrection that wasn’t. Everyone knows what a coup is: guns, standoffs, maybe hostages taken, hostile forces grabbing the reins of power.

It goes on for a little bit more than two hours, doesn’t it? Well, none of that happened here. Violence? Yes. Criminality? Yes, you bet. But a coup, an insurrection? That’s about as believable as Biden’s new line that this economy “is the strongest ever since World War II.”