‘Like a bomb’: Father recounts horror of car running over boy in ocean at Florida beach that allows driving 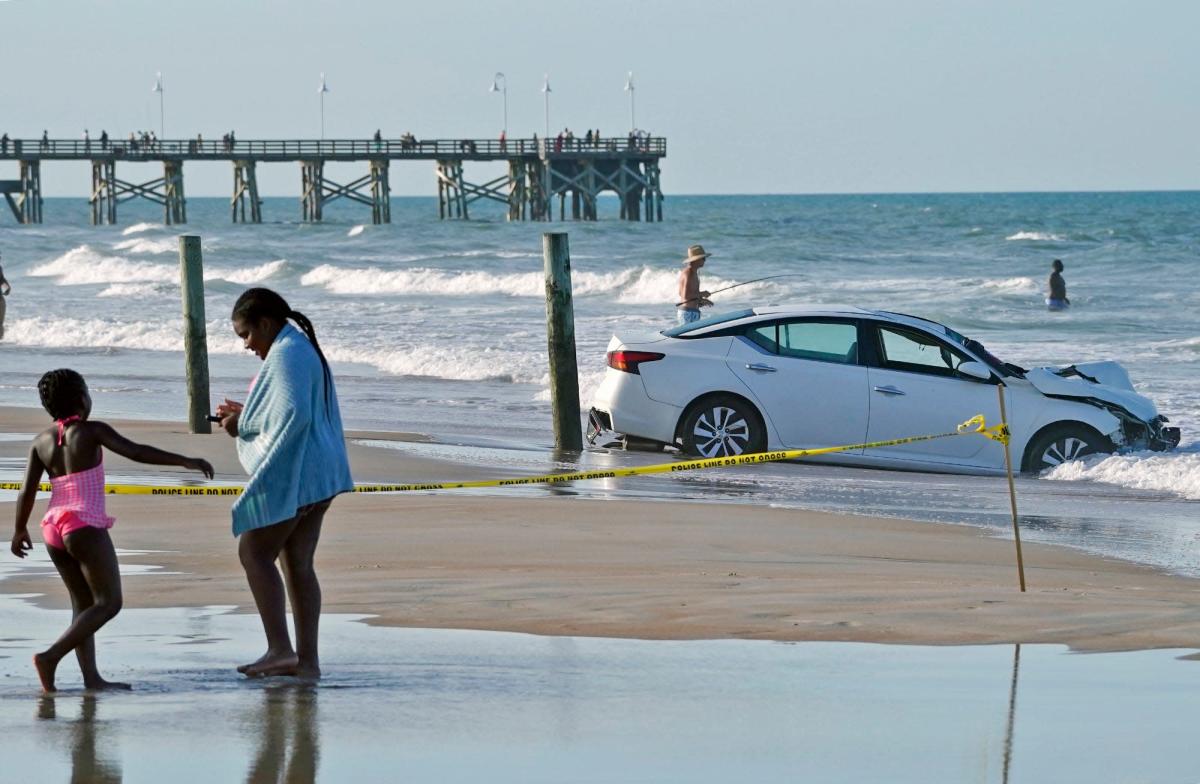 Hugo Alamos, standing on Daytona Beach with his family, first heard a loud boom “like a bomb,” then was horrified to see his 5-year-old son disappear underneath a barreling car as it came to a stop next to him in the ocean.

People scattered and ran out of the way but his son, David, could not move fast enough.

“A few seconds later I saw my little boy come out from under the car,” Alamos said in Spanish on Monday. “My son had two open cuts, one in the right arm and one on the chest.”

Alamos, of Nashville, Tennessee, said he picked up his boy and cried for help. Beach patrol officers and paramedics arrived to help, he said.

“They (medical personnel) closed the open wounds that he had but he is still very frightened,” Alamos said of his son. “He is doing much better.”

Alamos talked about the incident Monday at Halifax Health Medical Center. His son was released from the hospital later that day, he said.

Pond incident: Boy is second to die in Daytona I-95 retention pond accident

Driver may have had seizure

Volusia County Beach Safety Ocean Rescue officials on Monday released a report stating that the driver of the car, Christian Rivera Rosado, 28, of Springfield, Massachusetts, apparently had a seizure and lost control of his Nissan Altima. The car smashed through the empty toll booth at the International Speedway Boulevard beach approach and continued onto the beach and into the ocean.

Rivera Rosado’s wife, Yashira De Jesus Guzman, was in the front passenger seat, and two girls — 10 and 13 — were in the back seat of the car, when it crashed onto the beach, Ocean Rescue officials noted in their report.

The occupants of the car were transported to the hospital for treatment, officials said.

Rivera Rosado, who said he didn’t remember the incident, was cited with careless driving, the report states. He could not be reached for comment on Monday.

The crash remains under investigation and Alamos said he still trying to assimilate what he and his family and friends witnessed on the beach in Daytona on Sunday.

‘I just felt that they were not in the right place’

Alamos, his friends and their families, had just arrived at the beach just before the accident on Sunday. His family went down ahead of him as he found a place to park their van.

When he got to the beach, he was told his four children were already in the ocean with their friends, and he walked toward them to move them to another part of the beach, he said.

“I just felt that they were not in the right place and I was going to move them from where they were,” Alamos recalled. “But I heard something like a bomb going off, boom, and I turned around and saw the car racing toward the sea.”

People scattered and ran out of the way but his youngest son, David, was mowed down by the car, Alamos said.

Other vehicles have crashed on beach

There have been other incidents where vehicles have crashed onto the beach from nearby roads injuring people, including one where a woman was killed in Daytona Beach Shores.

In 2019, William Johnson, 82, of Yarmouth, Massachusetts, lost control of his vehicle while making a U-turn on Atlantic Avenue and Robert Road in Ormond-by-the-Sea, Florida Highway Patrol investigators said.

Troopers said Johnson drifted onto the shoulder of the road and wound up careening through a parking lot, smashing through a wooden fence and over a portion of the ramp leading to the beach at Al Weeks Sr. North Shore Park.

Johnson’s sport utility vehicle rammed into four children, hospitalizing all of them, according to FHP.

Three of the children and Johnson were rushed to Halifax Health Medical Center by ambulance, troopers said.

A 5-year-old girl suffered traumatic injuries and was airlifted to another hospital, troopers said.

In 2014, a 45-year-old North Carolina woman walking on the beach with her family was killed when a motorist crashed his car through the locked gate at the Dunlawton Avenue beach approach in Daytona Beach Shores.

The woman’s family, including her children, were able to get out of the way but she was hit and killed, troopers said.