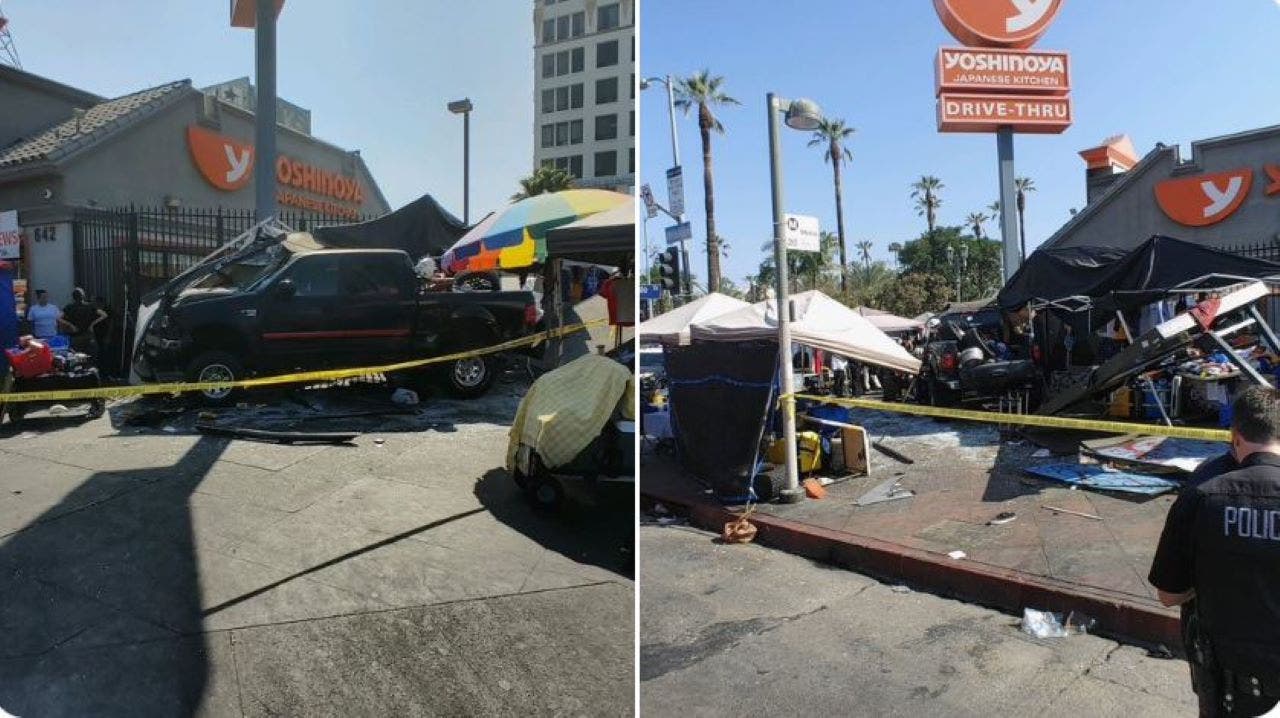 Nine people were injured in Los Angeles after being hit by a truck that veered off the road into an outdoor market.

Six people were taken to the hospital and three others declined care after the truck swerved off the road near MacArthur Park on Saturday morning, a spokesperson for the Los Angeles Police Department told Fox News Digital.

Authorities say that one adult was seriously injured while the others suffered minor injuries.

None of the injuries are believed to be life-threatening, according to police.

LOS ANGELES DEPUTY DA SAYS GASCON IS A ‘CHAMP’ FOR CRIMINALS: ‘WHY NOT COMMIT MORE CRIMES?’

The driver reportedly said he saw someone point a gun at him which caused him to become distracted and drive off the road into pedestrians but the LAPD has not confirmed that account.

No arrests have been made as a result of the incident and the LAPD says the investigation into the cause of the crash is ongoing.

Video from the scene, posted by independent journalist Vishal P. Singh, shows street market vendors cleaning up the scene moments after the crash.

LOS ANGELES CRIME SPIKE: WILL ‘PROGRESSIVE’ PROSECUTING CAUSE AN INCREASE IN CRIME FOR OTHER U.S. CITIES?

Andrew Mark Miller is a writer at Fox News. Find him on Twitter @andymarkmiller and email tips to AndrewMark.Miller@Fox.com.