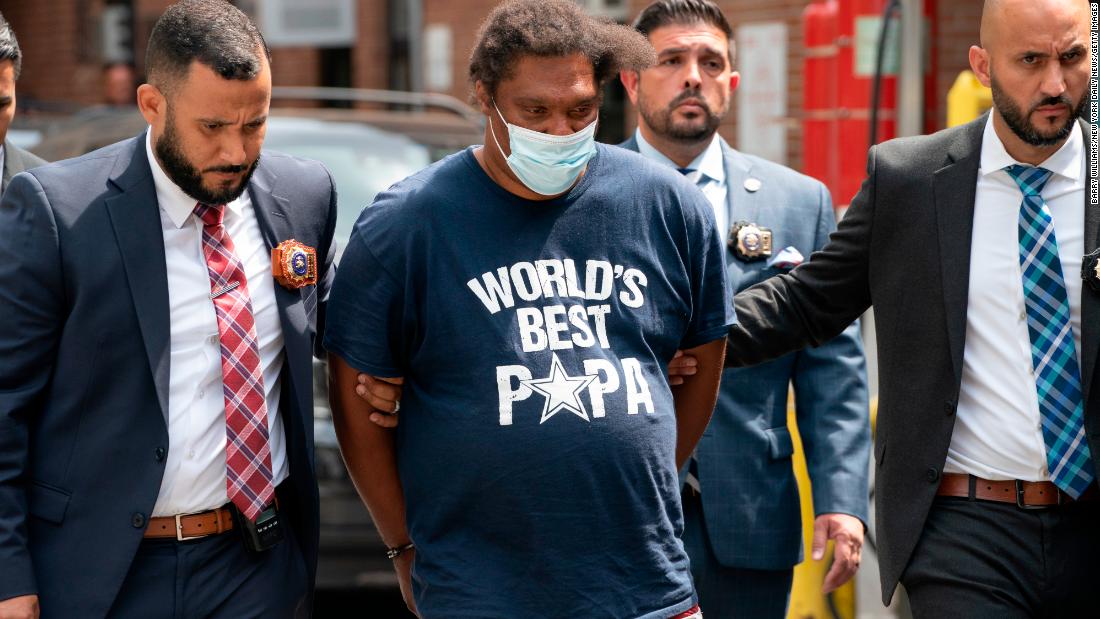 “These chilling attacks were committed against some of our most vulnerable community members,” Manhattan District Attorney Alvin Bragg said in a statement Tuesday.

“It is unbelievably tragic that someone lost their life simply because they did not have the safety that comes with a roof over their head. Nobody should face violence when they face the extraordinarily painful and difficult experience of being unhoused, and we will pursue full accountability and justice in this case,” Bragg added.

Authorities are still investigating a third stabbing of a homeless man that was not part of the indictment.

The first of the two attacks Murphy has been charged in took place on July 5, when a 34-year-old man who was sleeping on a bench in Hudson River Park woke up with a pain in his stomach, according to the indictment.

The attack happened a little after 3 a.m. and the victim reported he had been sleeping when he felt a “sharp pain” in his lower right abdomen and saw a man running away from him, according to a news release from Bragg’s office. The victim died shortly after being admitted to the hospital, the release said.

On July 8, the attacker allegedly spotted another man sleeping on a bench, this time on Madison Avenue and East 49th Street in Midtown Manhattan, according to the indictment.

The suspect stared at the sleeping man for 20 minutes before he grabbed a large knife and allegedly stabbed the victim, also in the lower abdomen, before fleeing, according to the news release.

Murphy, believed by investigators to also be homeless, had a knife in his possession when he was arrested, according to the DA’s office.

Murphy is due back in court on November 15.

Leaks in Russian pipelines may be ‘sabotage’