Mass shootings can be stopped only if we work together 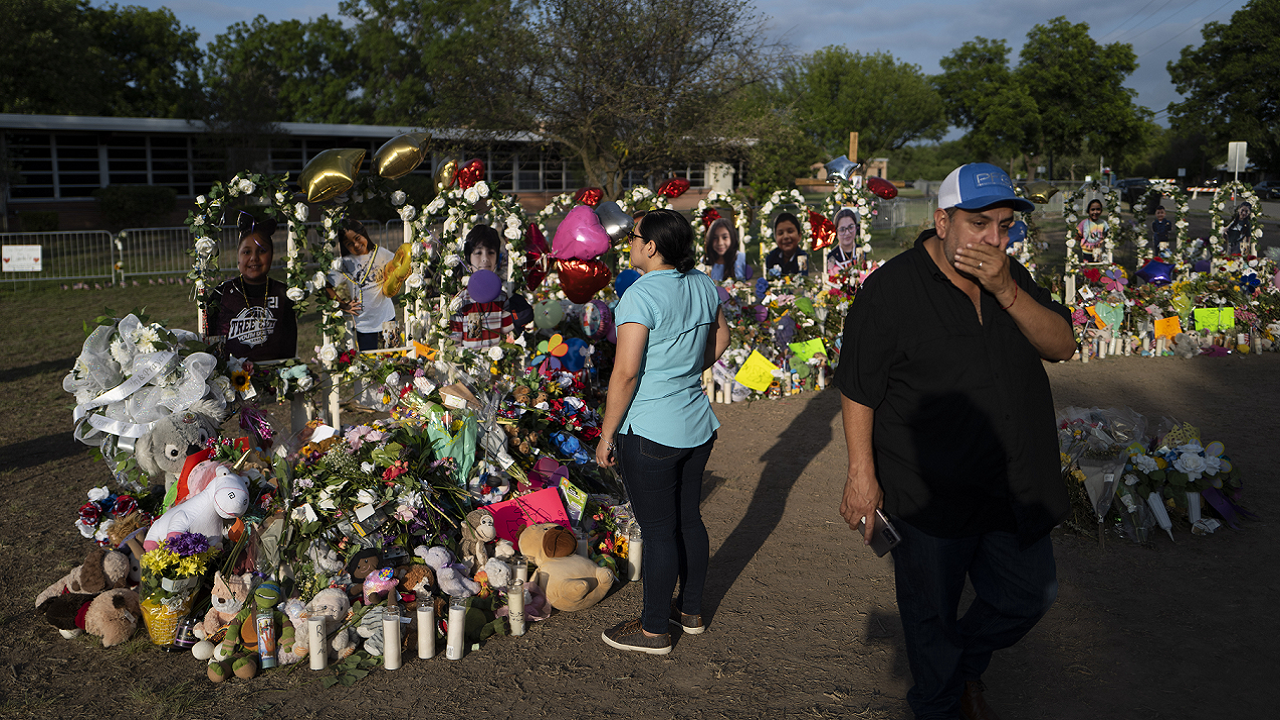 Think of someone you love. Picture them now. Your child, grandchild, mom, dad, partner, spouse, sibling, or best friend. Where do they attend school, or work, or church? What is their name? What was the last thing you said to them? Are there any family traditions, vacations, or life milestones that make you smile?

Now imagine you’re at work and a breaking news alert lights up your phone: a shooting at a shopping center close to where they live. It feels surreal to see a place you know written there in black and white. The word “shooting” makes you feel numb.

You reach out. One text, then another, no response. You call, no answer.

Another breaking news alert: multiple deaths and injuries. In a panic you rush to the scene, then the hospital. You’re met with chaos. You notice a jacket you bought them for their birthday lying in a corner of the ER. It’s bloodied and cut in half. You catch the eye of a nurse and finally learn that your loved one sustained six gunshot wounds to the chest and one to the head while trying to shield others. They are gone. The doctor is speaking, but you can’t hear anything. You think of how you just saw them that morning, you didn’t get to say goodbye. Nothing seems to matter, not the trivial arguments or the canceled plans. Certainly not politics.

There are nearly a hundred families who live this gut-wrenching reality every day. Maybe you’re one of them. I’m writing this because I don’t want you to live this nightmare, no matter your politics. No one should. I am also writing this because, like you, I love this country and for it to function we need to balance responsibility with freedom. This is what reasonable gun owners believe too. I am asking that you stand up and say this truth.

When 17 of my classmates and teachers were murdered in my Parkland, Florida, school in 2018, a group of us desperately sought answers. How could adults have let this happen? In shock, we marched for our lives with a million other Americans of all stripes. There have been countless reasons to give up in the years since. You know the city names and the incidents they represent. This time the outcome must be different, and if it is, it will be because of responsible citizens.

You can be both part of the solution and protect our rights. Attitudes are changing for what feels like the first time. Gun owners, even former gun industry executives, are demanding action because tragedies like Uvalde do not reflect their values. I know there are millions of you who want to do the right thing. You are being compelled to speak out. Some of you have told me personally that it’s because you are “tired of seeing children being slaughtered,” others want tighter laws and even a limit on assault weapons because they believe you must “earn the right to own a gun”.

I don’t know what the exact answer is, but I know that you should be at the table. Your voice matters. Your rights matter. Your decency matters. We have disagreed in the past, but we are not enemies. Our enemy is not a party or organization, it is gun violence.

If we can agree that killing children is unacceptable, then we need to either prevent people intent on killing from getting their hands on the guns they use or stop their intent to kill in the first place. We can follow the model we used to for cigarettes: address the pressures that make someone want them, and then understand how they get them. Gunmen are often radicalized and moved to kill because of racism and hatred, just like the shooter in Buffalo. That isn’t a mental illness. A long process occurred that led him to a desire to pick up a gun and kill. That’s the case for all kinds of gun violence in this country. No law is perfect, but if we focus on stopping the process of radicalization to violence, we can reduce gun deaths by half over the next decade. And we need to act now.

Let’s start by changing the conversation. So, whoever you are, march with us in one of the over 450 marches across the country this Saturday. Gun owners, NRA members, Republicans, Democrats, independents, and people from all backgrounds are fed up and it is time we make Congress do something.

I want to state unequivocally that I am not anti-gun. In fact, the movement I helped to start has been pro-Second Amendment from day one. There are so many things that we may disagree on, but there is also a lot we do agree on. The problem is that we don’t listen to each other long enough to find out. What we both can’t accept is the idea that we can’t do anything to stop the murder of children. We can. We all desperately want to protect our kids. Let’s start there and find common ground to take action, because the next shooter is already plotting his attack.

David Hogg is a survivor of the 2018 Marjory Stoneman Douglas High School shooting in Parkland, Florida and a founder of the March For Our Lives Movement. David co-authored #NeverAgain: A New Generation Draws the Line.