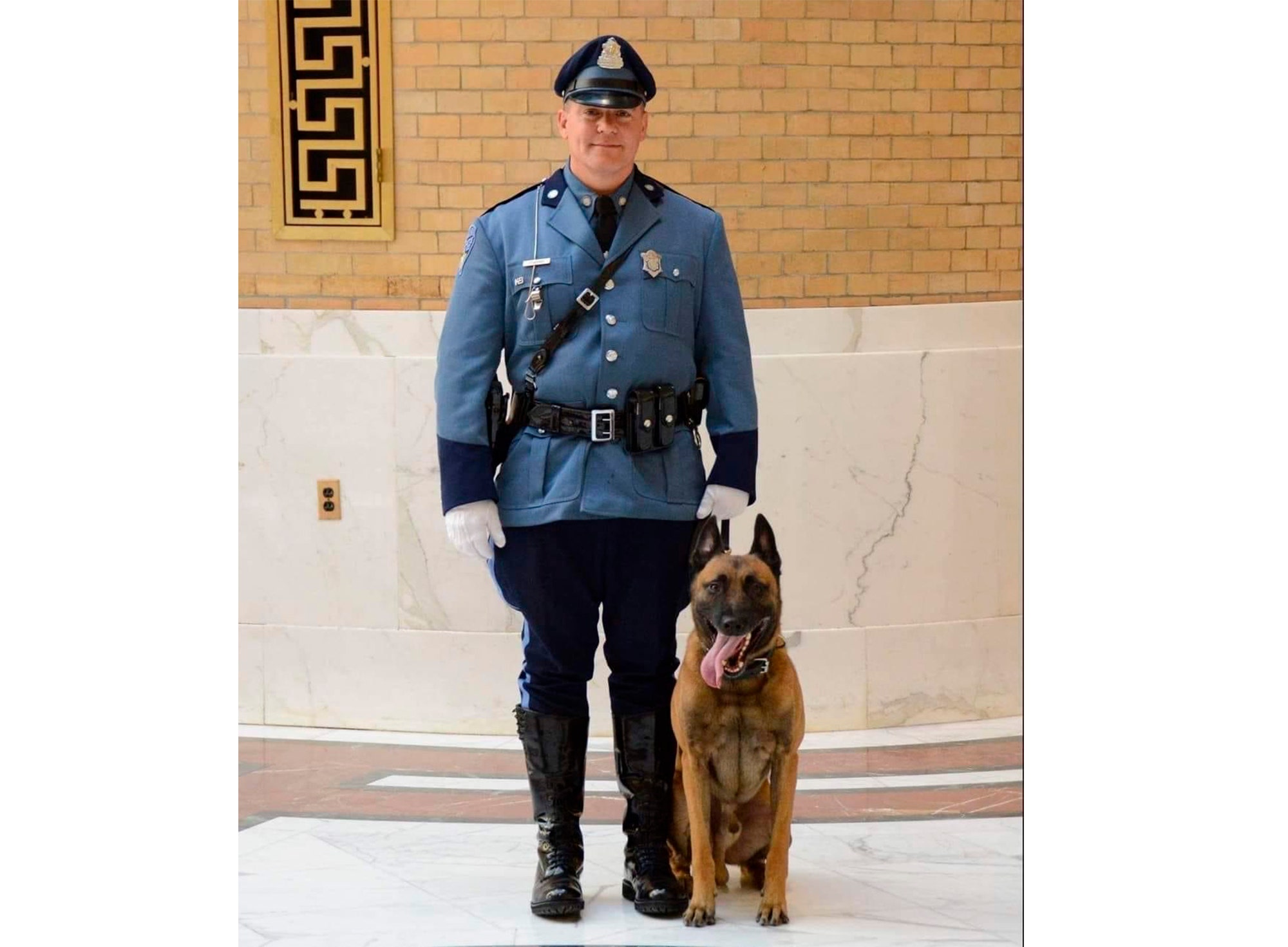 A decorated Massachusetts State Police dog called “as loyal a partner as any Trooper ever had” by the agency’s commander was shot and killed by a man who had barricaded himself inside a home.

Frankie, a nearly 11-year-old Belgian malinois, was shot Tuesday afternoon by a 38-year-old suspect, according to a statement from State Police Col. Christopher Mason.

He was the first state police dog to die in the line of duty, Mason said.

“Frankie had every trait we seek in a good law enforcement officer, canine or human: intelligence, immense courage, and dedication to protecting the public,” Mason said. “He was as loyal a partner as any Trooper ever had.”

Police went to the multifamily Fitchburg home at about 9 a.m. Tuesday after developing information that the suspect, wanted on warrants charging him with firearms offenses, was there.

Negotiators tried to get the suspect to surrender peacefully but he refused. Just before 3 p.m., he was spotted at a back door and a decision was made to try and apprehend him.

Stucenski and Frankie approached, but the suspect fired multiple shots before retreating back inside. He later apparently took his own life.

Frankie was struck and taken to an animal hospital where he died, Mason said. He was the first dog transported by ambulance under Nero’s Law. Signed into law in February, it allows first responders to treat and transport injured police dogs as long as there are no injured people requiring an ambulance.

BREACHING WHALE LANDS ON FISHING BOAT OFF OF MASSACHUSETTS COAST

It was named after Yarmouth police K9 Nero, shot while he and his handler, Sgt. Sean Gannon, were trying to capture a suspect in Barnstable in 2018. Gannon was killed and Nero, who had to be taken to a veterinarian in a police cruiser, survived.

Stucenski and Frankie won the state law enforcement Medal of Valor in 2017 for apprehending a suspect who opened fire on them, and also won three awards from the U.S. Police Canine Association in 2014, according to the statement.