Meet the American who founded the Sturgis Motorcycle Rally, ‘put the brotherhood in motorcycles’ 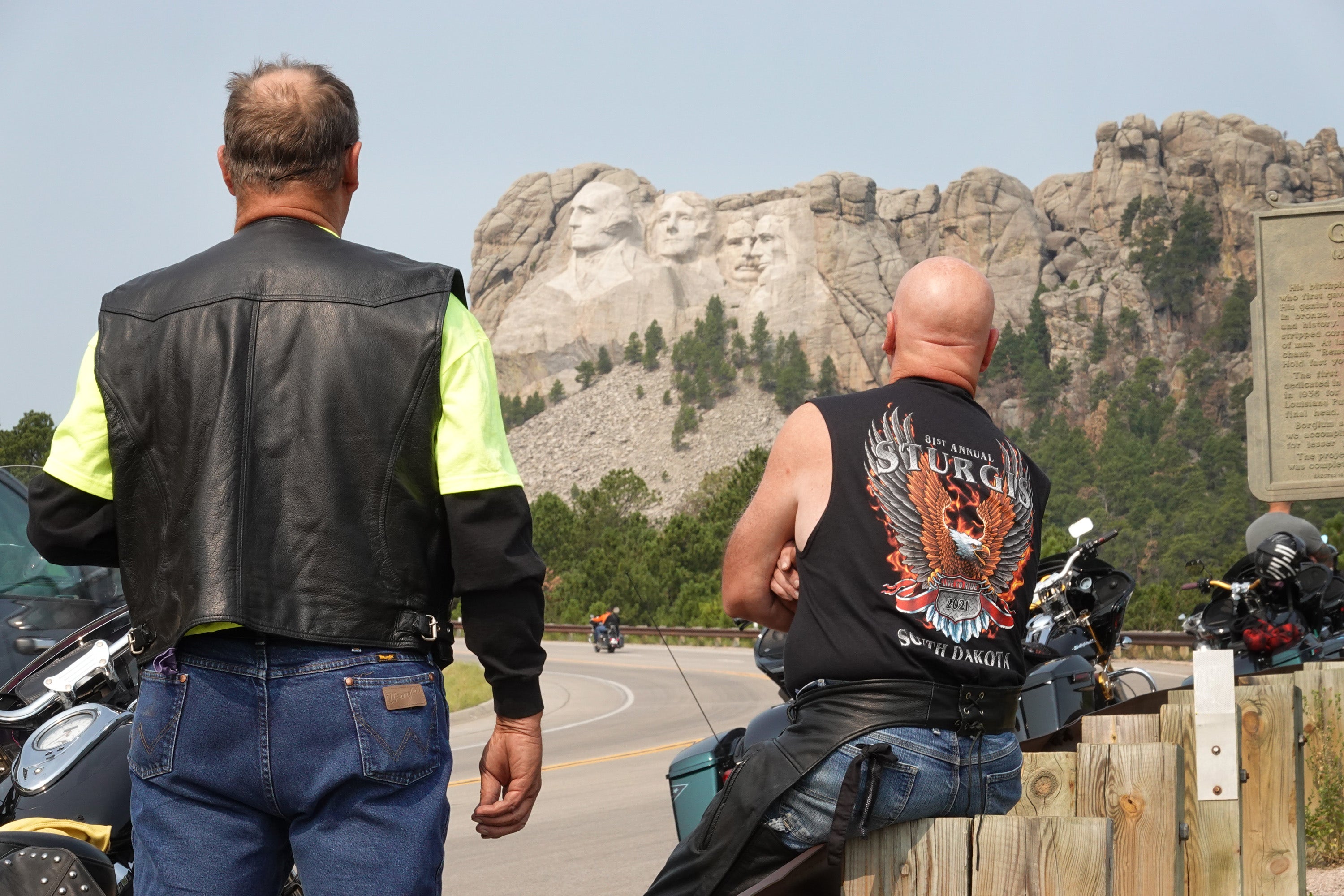 The Sturgis Motorcycle Rally rolls into South Dakota for the 82nd time beginning on Friday.

The 10-day festival annually attracts more than 500,000 motorcycle enthusiasts from across the United States, and beyond, to a remote corner of one of the nation’s most sparsely populated states.

“Pappy was the man who put the brotherhood in motorcycles,” Coe Meyer, a Sturgis motorcycle historian, told Fox News Digital.

“He’s the reason so many people come here today.”

MEET THE AMERICAN WHO INVENTED THE HARD HAT, A PROUD SYMBOL OF OUR NATION’S WORKING CLASS

Sturgis is located on the edge of the Black Hills of South Dakota, hundreds of miles from the nearest major city, smack dab in the middle of the North American continent.

Hoel’s marketing ingenuity, enthusiasm for motorcycle racing and — unbeknownst to many — his paternal fondness for America’s World War II veterans struggling with the mental wounds of combat made Sturgis synonymous with motorcycles.

Pappy Hoel was an Indian Motorcycle dealer in Sturgis, S.D., in 1938 when he conceived of a racing rally to bring motorcycle enthusiasts to the area.
(David Uhl/David Uhl Studios)

Hoel (rhymes with “oil”) started the Sturgis Motorcycle Rally in 1938, largely as a racing event, and as a way to promote his local dealership.

He watched it accelerate far beyond his dreams.

“He was like a P.T. Barnum-type character. He always had a trick up his sleeves,” said Vinny Terranova, who knew Hoel and his wife Pearl and who operates their original Junction Avenue motorcycle shop today as Pappy’s Vintage Cycles.

“He loved motorcycles, loved racing and loved motorcyclists,” said Terranova of Pappy Hoel. “He and Pearl always had a pot of beans and franks on the grill. Nobody left hungry.”

The Hoels ran the Sturgis Motorcycle Rally for nearly 50 years, before turning it over to the City of Sturgis in the 1980s.

It was a monumental feat for the couple. To this day, it’s still an impressive achievement for a community of just 7,000 people.

“People who come to our rally stop all across South Dakota. They visit tourist sites. They congregate at bars, restaurants and hotels. It impacts the entire state.”

In 2018, the city estimated that the rally produced $786 million in economic activity across South Dakota.

AMERICA THE BEAUTIFUL: 50 MUST-SEE LANDMARKS THAT TELL OUR NATIONAL STORY

Mount Rushmore, the Black Hills and the Gold Rush community of Deadwood all experience an influx of visitors around the time of the rally.

A record 747,000 vehicles rolled through Sturgis for the 75th anniversary rally in 2015 (three rallies were canceled during World War II), according to the South Dakota Department of Transportation.

The number of visitors routinely tops half a million, including the 526,000 who showed up last year.

The entire state of South Dakota boasts only 880,000 residents. Relative to population, the rally is as if 22 million people suddenly showed up for an event in California.

Bikers stop to take in Mt. Rushmore in August 2021. Every August, hundreds of thousands of motorcycling enthusiasts are attracted to the southwest corner of South Dakota for the annual Sturgis Motorcycle Rally.
(Scott Olson/Getty Images)

The COVID-19 hysteria proved no scare for Sturgis. Attendance was down slightly, but the rally still attracted about 460,000 people, according to the state DOT — with no major health problems.

Blame it all on refrigeration

The couple remained together for more than 50 years.

Hoel got his start in business when he inherited an ice dealership from his father in the 1930s.

There was only one problem. Freon was invented in 1928. By the late 1930s, refrigerators were finding their way into every American home.

The ice business was obsolete.

Gov. Kristi Noem of South Dakota arrives at the Sturgis Buffalo Chip campground on Aug. 9. 2021, after riding in the Legends Ride for charity on a 2021 Indian Chief in Sturgis, South Dakota.
(Scott Olson/Getty Images)

Hoel pivoted, pursued his passion and brought an Indian Motorcycle franchise to Sturgis in 1936.

He formed the Jackpine Gypsies Motorcycle Club, chartered in 1937. The following year, he and the Gypsies hosted the first rally.

It was originally dubbed the Black Hills Motor Classic.

“Camping was provided in ‘Pappy’ and Pearl Hoel’s backyard, behind their motorcycle shop on Junction Avenue in Sturgis. A dirt track race was held in conjunction with the rally,” reported the American Motorcyclist Association Motorcycle Hall of Fame in its profile of Hoel.

Pearl is also a member of the same Hall of Fame.

“Pearl remembered the menu of that first year: ‘Weenies, sloppy joes, potato salad and watermelon for dessert.’ The rally riders washed their free meal down with iced tea or coffee, served in a tent behind the Hoels’ garage at their dealership.”

Two hundred motorcyclists attended the first rally; then 800 showed up the next year. It continued to balloon from there.

“The rally riders washed their free meal down with iced tea or coffee, served in a tent behind the Hoels’ garage at their dealership.”

The event offered Hoel a chance to promote his love of motorcycles — and promote his fledgling Indian dealership. His idea worked brilliantly.

By 1947, “he sold more bikes per capita than anyone in the nation,” reported the Hall of Fame.

It was also around 1947, in the years after World War II, that Pappy’s legend began to spread among the burgeoning community of veterans who fueled America’s post-war motorcycling boom.

Many World War II veterans suffered from combat fatigue, long before post-traumatic stress disorder was diagnosed as an affliction in 1980.

“They bought Army surplus motorcycles and they would drive across the country just to get their head on straight,” reported History.com, noting that Harley-Davidson and Indian built 100,000 vehicles for the military during World War II.

“Much cheaper than cars, motorcycles afforded veterans a freewheeling mode of group transportation at a time when fitting back into society posed certain challenges.”

People walk along Main Street lined with American flags, on August 6, 2020, a day before the start of the Sturgis Motorcycle Rally in S.D.
(Michael Ciaglo/Getty Images)

Not all sought treatment.

Many sought the open road. Many found Pappy.

Hoel “was a tough old buzzard” when it came to business and forging the rally, said Meyer, the Sturgis historian.

Yet Hoel had a soft spot in his heart for the young Americans who fought in World War II and were struggling to come to terms with the horrific human carnage they witnessed in combat.

“A lot of veterans were [bleeped] up,” said Meyer. “They were hungry, they were broke, they had nowhere to stay. Their motorcycles needed work. And here was Pappy, dead set in the middle of the country.”

Motorcyclists drive down Main Street during the 80th Annual Sturgis Motorcycle Rally on August 7, 2020. That year, the event attracted nearly 500,000 visitors despite the threat of COVID-19.
(Michael Ciaglo/Getty Images)

“He’d feed them and fix their motorcycles. But mostly we would listen to their stories and let them vent. When it was time to leave, he’d say, ‘Here’s what you owe me. Send me a check when you can.’”

The legend of the fatherly figure in Sturgis spread among the veterans leading the surge in motorcycle clubs and ridership around the nation.

Many returned to the rally in Sturgis to see the man they dubbed Pappy — often with friends and with a check in hand.

He’s buried today at Bear Butte Cemetery in Sturgis, the city where he was born and which he made famous around the world.

He and Pearl were charter members of the Sturgis Motorcycle Museum and Hall of Fame, founded in 2001.

His legacy has made Sturgis synonymous with motorcycles.

Motor muscle is deeply ingrained in the local culture.

“Motorcycles, four wheelers and horses. That’s how people grow up around here,” said Even-Cordell, the rally coordinator for the city of Sturgis, adding that she got her first dirt bike at age 7.

“It’s amazing to think about it. We’re known worldwide as a motorcycling Mecca. A place people put on their bucket list.”

“When two bikers see each other, they wave, shake hands or hug each other. They call each other brother. It’s an informal fraternity.”

He added, “That’s what Pappy created. The fraternity. He fostered the brotherhood of motorcycling.”