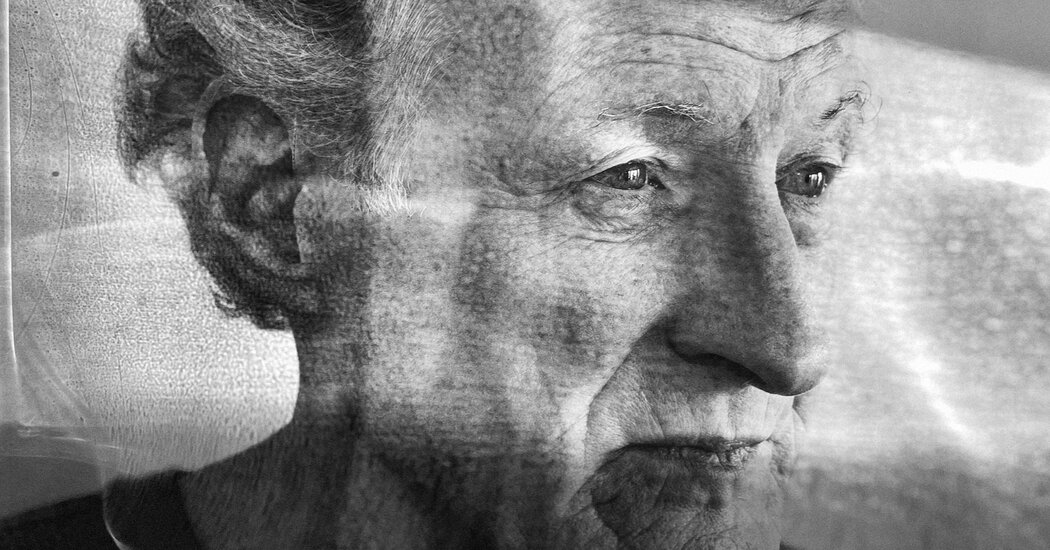 He added, “You don’t dwell on these things when you’re shooting, but the audience sees it all.”

One pitch-black night when Mann was in his teens, he drove south from Chicago to a rural Illinois back road, turned off his headlights and floored the gas pedal — hurtling, for a few crazed seconds, into total darkness. He was full of a restless ambition that had yet to find its object, he said, and in “Heat 2,” he lends this quasi-existential stunt to the young Vincent Hanna. “He’s searching, he has that crazy vibration in the nerves running through his arm when he’s 18, saying, I’ve got to get the [expletive] out of here, wanting to move and go places and do things,” Mann told me. “I’m talking about myself, too, when I say that.”

Mann was born in 1943 into a secular Jewish family — “in the city,” he emphasized, noting wryly that “directors from the Chicago suburbs make comedies.” His father, Jack, was a Russian immigrant from Ovruch and a combat veteran of World War II. “He didn’t talk about it much, but it affected everything,” Mann recalled, describing “an absolutely loving man” who suffered from symptoms of PTSD long before it had a name. Jack ran a small supermarket for several years, before he was driven “out of business by a big chain that opened up a block and a half away. My younger brother and I, as amateur arsonists, one night tried to burn it down. We were angry. I think we succeeded in blackening the back door.”

Jack’s wartime experience left him with “a very dark view,” Mann said. Fighting in Germany, “he’d read in Stars & Stripes how American planes had bombed such-and-such a refinery, interrupting the supply of the Germans during the Battle of the Bulge. Then four, five weeks later they’d pass the refinery, and everything around it was bombed, but the refinery itself was untouched, because Shell wants to take control of it.” Jack returned to America with “a cynicism about systems,” Mann said, adding, “I totally inherited that cynicism.”

In 1969, Jack died from a pulmonary embolism, just 56. “It shattered my family,” Mann recalled, explaining that his mother, Esther, “made a different life for herself” — starting her own business and entering into new relationships — but “operating from the thesis that ‘the meaningful life I’ve lived is over. I’m not going to just drift into widowhood; I’m going to make a life for myself, but it’s all superficial.’”

No facile interpretive pipeline neatly connects Mann’s biography and the movies he makes. Whereas his filmography is littered with broken, solitary, state-raised men, he says his parents loved each other deeply, and Mann and his own wife, an artist named Summer, have been married since 1974, raising four daughters. “In a city that’s not renowned for child-rearing, he’s managed to raise this wonderful, solid family that’s so close,” Day-Lewis said of Mann, adding, “You go to their house, and it’s an oasis.” But the cynicism Mann inherited from his father can be felt everywhere in his films, and his interest in upstart heroes who assert themselves against powerful forces — mob bosses in “Thief”; predatory tobacco companies and cowardly media conglomerates in “The Insider”; and the U.S. government in “Ali,” his Muhammad Ali biopic — certainly doesn’t contradict the picture of the angry young kid seeking vengeance against the chain grocery that crushed his father’s market.

In the late 1960s, Mann enrolled in film school in England. “I was not going to Vietnam,” he said. He made short documentaries about the ’68 student protests and other social upheavals of the era. In 1979, he shot his first feature, the TV movie “The Jericho Mile,” on location at Folsom prison, where he cast inmates opposite trained actors and incorporated the prison’s distinct hierarchies and customs into the script, about a convict who becomes an Olympic-class runner on the yard. By this point, Mann’s focus had shifted to stories of determined individuals who perceive the workings of oppressive systems and — even if it comes at a ruinous price — insist on charting their own paths through them.