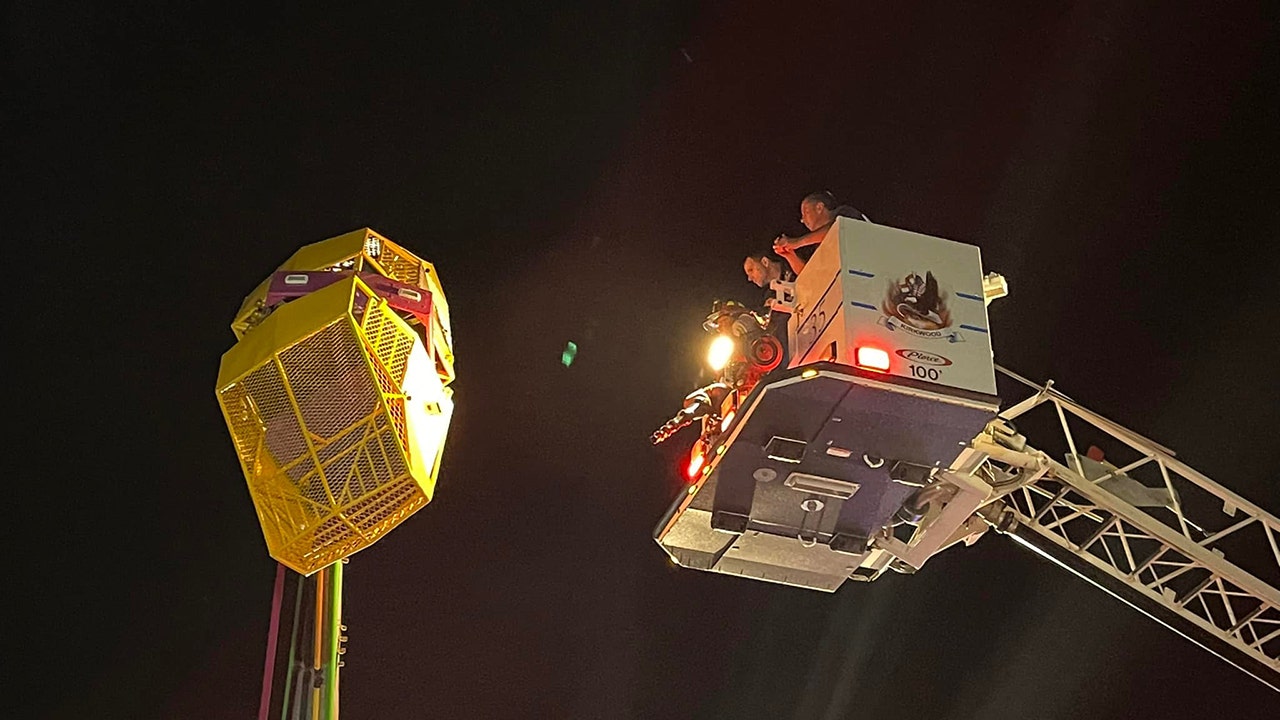 Missouri firefighters responded to a broken-down carnival ride on Friday night and rescued seven people who were trapped inside cars up to 40 feet in the air, authorities said.

The rescue operation began around 10 p.m. in the downtown district of Kirkwood after the riders became stranded on the carnival attraction, Kirkwood Fire and Rescue said.

Three of the riders were trapped inside a car that stopped about 40 feet in the air, rescuers said.

A second car of four people was stuck at the bottom of the ride, several feet off the ground, KDSK-TV reported.

The rescue occurred Friday night in Kirkwood, Missouri, when a carnival ride apparently broke down and stranded seven people on the attraction.
(Kirkwood Fire / Rescue)

Firefighters safely bring down the people from the ride using ropes, technical systems, and an aerial ladder, rescue officials told FOX2 St. Louis. The operation lasted around 30 minutes and no injuries were reported.

Some riders were stuck about 40 feet above the ground, rescue officials said.
(Kirkwood Fire / Rescue)

Church officials told the station that a broken part on the ride is believed to have caused the malfunction.

All seven riders were rescued and no injuries were reported, rescuers said.
(Kirkwood Fire / Rescue)

No further details were immediately available.