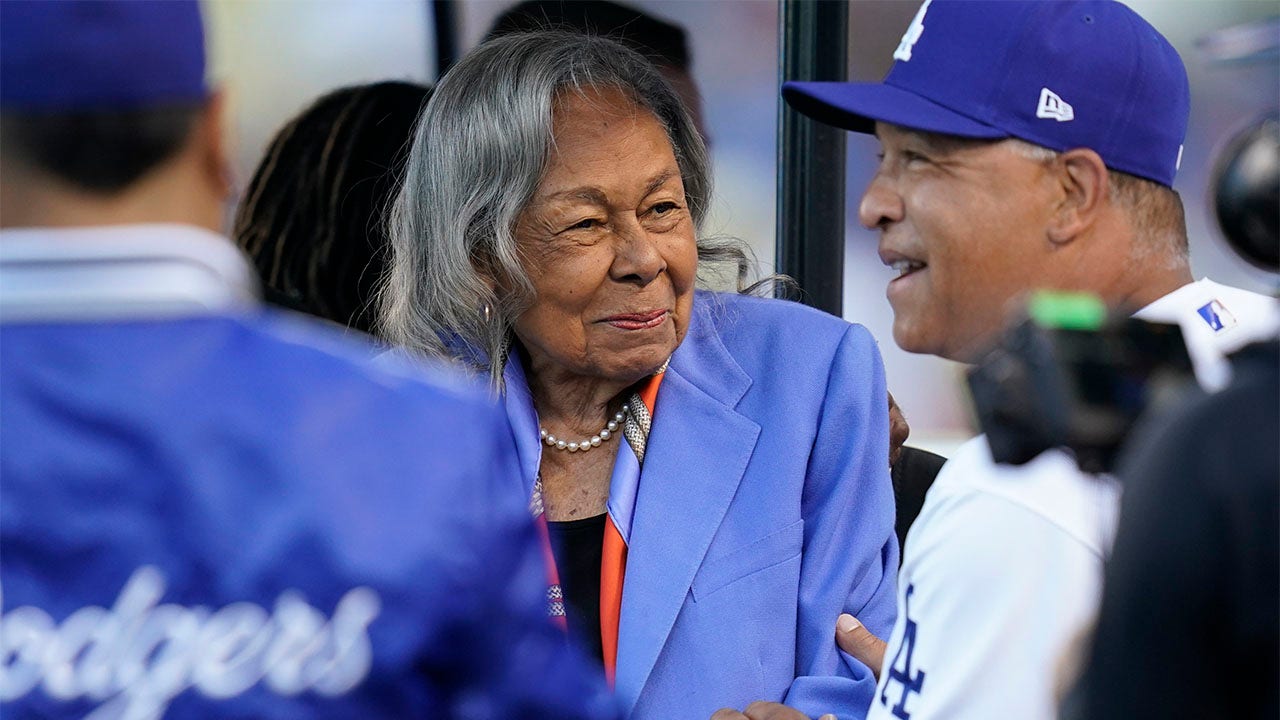 Baseball’s All-Stars gathered on the field before Tuesday night’s game at Dodger Stadium to honor Rachel Robinson on her 100th birthday.

Los Angeles Dodgers star Mookie Betts led the tribute to the widow of Jackie Robinson, speaking to the crowd from the infield grass following the Canadian and U.S. national anthems. Players from both teams fanned out across the grass behind him.

Rachel Robinson didn’t travel from her home in Connecticut to the game.

“That tribute is probably the thing I’ll remember the most,” Betts said. “It was very special for me to be able to be on the mic and say it.”

A video tribute followed on the hexagonal DodgerVision scoreboards in left and right field after the first inning.

“It was beautiful,” Dodgers shortstop Trea Turner said. “I know she’s really special to this game and so is Jackie.”

Jackie Robinson broke the major league color barrier in 1947 with the Brooklyn Dodgers, who moved to Los Angeles after the 1957 season.

Jackie Robinson died in 1972 at age 53 and his No. 42 was retired throughout the major leagues in 1997. There is a statue honoring the Hall of Famer outside Dodger Stadium.

Oscar-winning actor Denzel Washington wore a No. 42 jersey when he spoke to the crowd during the pregame ceremonies.

“I give Mookie a lot of respect,” Turner said. “I know he was probably a little nervous for it, especially following that great speech from Denzel. But he did a great job.”