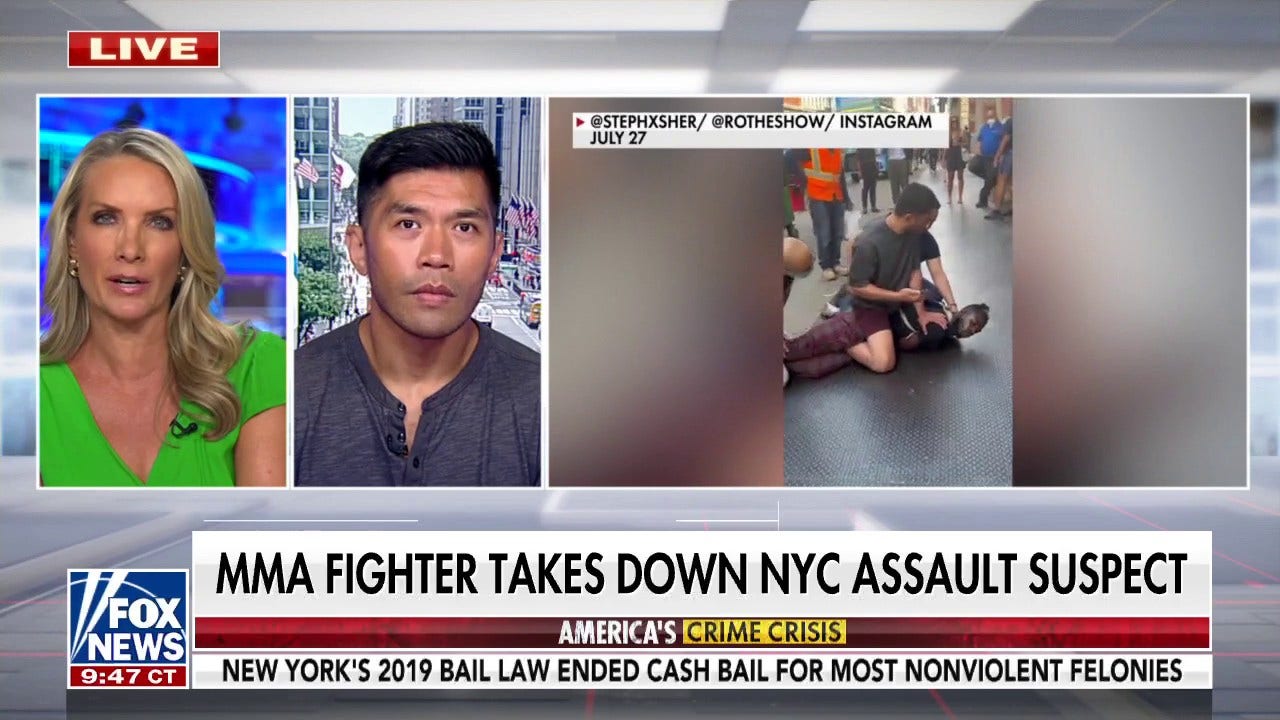 Crime in U.S. cities is skyrocketing at an alarming rate with attackers committing crimes even in broad daylight. One MMA fighter saw a homeless assailant charging at people walking down a New York City street and sprang into action.

Ro Malabanan, 44, shared how his mixed martial arts training helped him tackle and put down an assault suspect on “America’s Newsroom” Friday.

“So for me to be able to use grappling whether that’s judo, jiu jitsu or wrestling, I think that’s the best form to be able to subdue a person in the situation,” Malabanan told host Dana Perino.

Malabanan is trained in Brazilian jiu-jitsu, boxing and judo, and his training helped him decide how to best subdue the suspect.

The assault suspect is said to have lunged at and attacked several people while walking down a New York City street last week. One passerby signaled to Malabanan that the suspect was confronting multiple individuals in a popular shopping area of Manhattan’s Soho district.

Ro Malabanan wrestled a man to the ground who was allegedly attacking people in New York City on July 27, 2022.
(Ro Malabanan/@rotheshow/Instagram)

“I just was able to use my training to be able to subdue him. And he was just helping to pin him down,” he explained.

As crime continues to rise and New York City wrestles with soft-on-crime policies, Malabanan emphasized the importance of self-defense and praised MMA for helping him be prepared.

“It is really great for anyone actually … if you are looking to defend yourself,” Malabanan stated.

“I definitely would recommend that you either just call the cops or just yell and scream for help,” Malabanan proposed. “Fortunately, I was able to just use my training to be able to help out.”

Madeline Coggins is a Digital Production Assistant with Fox News.