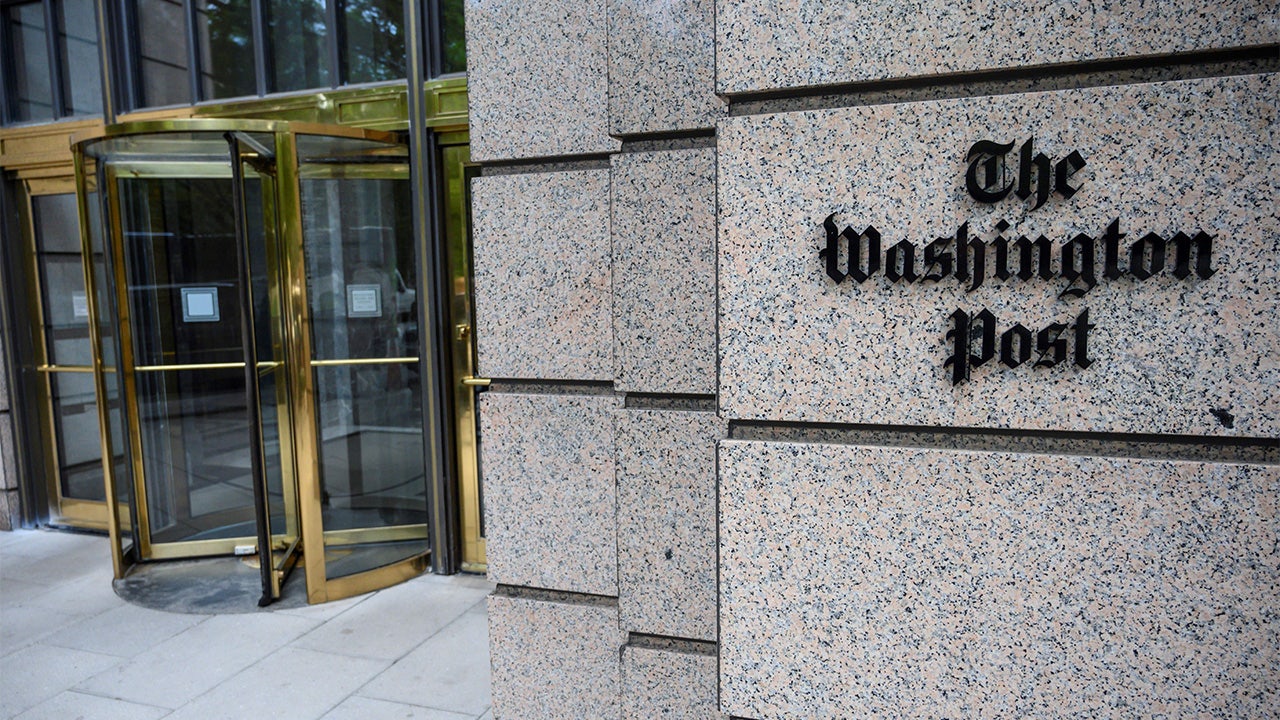 The Washington Post was plagued with controversies that dominated the conversation on Twitter, but MSNBC made no mention of the viral drama that even liberal journalists were tweeting about.

In the past two weeks, The Post was hit with bad press, from being forced to issue an editor’s note on its infamous 2018 op-ed from Amber Heard that was found by a jury to be defamatory towards Johnny Depp, to the erroneous reporting from Taylor Lorenz that led to the paper being caught stealth editing and issuing multiple corrections, to the open warfare Post colleagues were launching against each other on social media, which led to the firing of Felicia Sonmez.

But despite how often MSNBC hails the reporting of the Washington Post, the Peacock network kept its viewers in the dark on the chaos that has erupted at the “Democracy Dies in Darkness” paper, according to Grabien transcripts.

THE WASHINGTON POST’S WEEK FROM HELL

The Washington Post issued a lengthy editor’s note the 2018 Amber Heard op-ed at the center of Johnny Depp’s defamation lawsuit against his ex-wife.
(ERIC BARADAT/AFP via Getty Images)

MSNBC did not immediately respond to Fox News’ request for comment.

Like MSNBC, CNN largely avoided on-air coverage of the Washington Post drama except for a brief segment on “Reliable Sources.”

The Post’s week from Hell began at the conclusion of the explosive Johnny Depp-Amber Heard trial where a jury found that Heard’s piece published in the paper in 2018, at the center of Depp’s defamation suit against his ex-wife, was defamatory as it alleged without saying his name that he was a domestic abuser. The Post then had to update the op-ed with a lengthy editor’s note acknowledging Depp’s legal victory.

Then a column written by Taylor Lorenz claimed she had reached out to two YouTubers who were among the online influencers who thrived during the Depp-Heard trial, except the YouTubers called out the “internet culture” columnist for never attempting to contact them in the first place. That led to The Post stealth-editing Lorenz’s report to remove the erroneous statement. After Fox News drew attention to the error, The Post issued multiple corrections and Lorenz went on a tweetstorm blaming her editor for including that falsehood in her story to begin with.

Washington Post’s in-house media critic Erik Wemple later reported that the editor behind the stealth edit was up for a promotion that was rescinded following the incident, though Washington Post executive editor Sally Buzbee reportedly claimed the reversal had nothing to do with the editor’s mistake.

Next, chaos surfaced on Twitter when reporter Felicia Sonmez publicly shamed colleague Dave Weigel for retweeting a joke about women, which led to him being slapped with a one-month unpaid suspension.

Sonmez went on to clash with two colleagues who urged her to not attack co-workers. That led to Buzbee issuing two separate memos calling for her staff to be “collegial” with each other.

That message fell on deaf ears as Sonmez took a flamethrower to Post reporters who expressed solidarity with Buzbee’s memo. Sonmez was then fired for insubordination.

Washington Post reporters Felicia Somnez and David Weigel clashed on Twitter, which resulted in his suspension and her termination.
(Eric McCandless via Getty Images)

Sonmez has since been radio silent, which has fueled speculation that she will launch a legal battle against The Post after a previous discrimination suit was tossed out of court.

The string of blunders for The Washington Post came just days before the paper is set to commemorate the 50th anniversary of its bombshell Watergate reporting that ended with the resignation of President Richard Nixon.