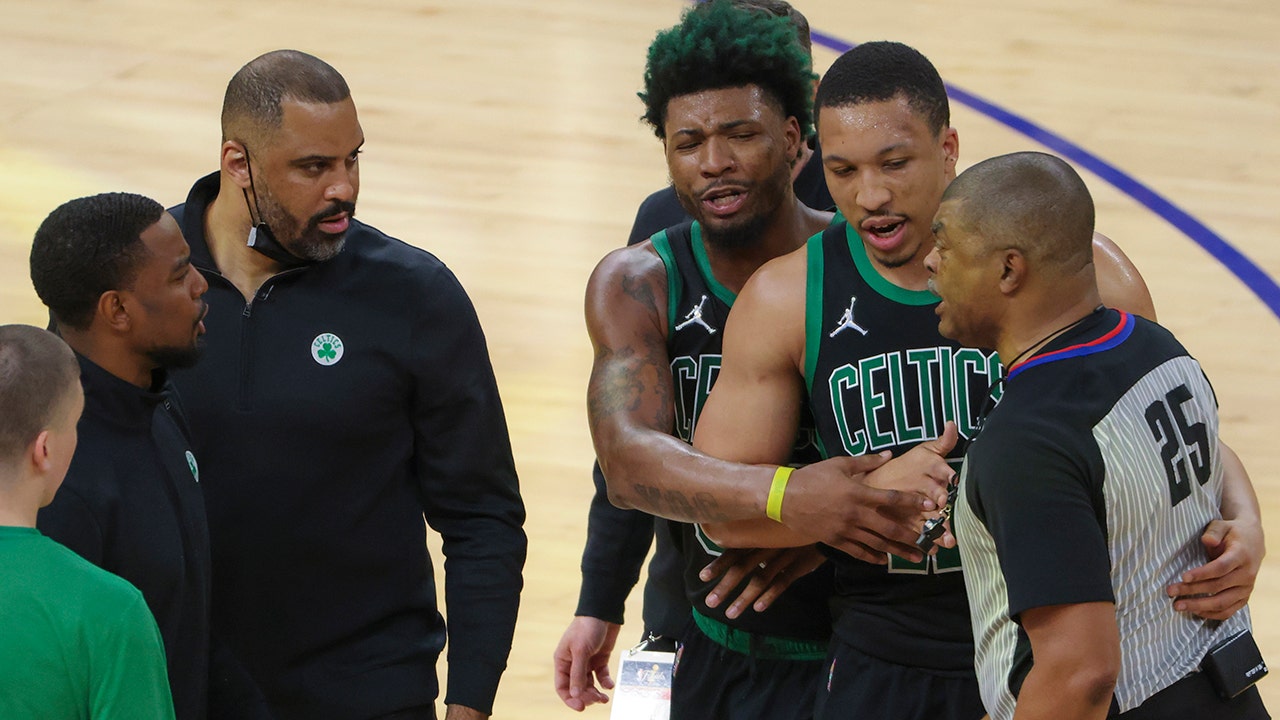 Boston Celtics coach Ime Udoka addressed some of the concerns he had about his team as they face elimination from the Golden State Warriors  in Game 6 of the NBA Finals.

Udoka received a technical foul in Game 5’s loss to the Warriors and could have received another one as he and Tony Brothers got into an argument when the cameras were turned off. The first-year head coach said the team has gone a bit overboard with the complaints.

“I think we’re complaining at times too much throughout the game,” he said, via The Athletic. “Late game may not be any different than first, second or third quarter. Something we need to block out and be better at overall.”

This was something the Celtics coach talked about immediately after the Game 5 loss. Udoka said he was told he received the technical because of the way he “pointed” at Brothers.

Head coach Ime Udoka of the Boston Celtics reacts to a foul call on Grant Williams, #12, during the third quarter against the Golden State Warriors in Game Five of the 2022 NBA Finals at Chase Center on June 13, 2022 in San Francisco, California.
(Ezra Shaw/Getty Images)

Celtics forward Al Horford admitted after the loss the team let the officiating get to them.

“As you guys know, I feel like we’ve been able to fend those things off, especially throughout the playoffs. For whatever reason tonight I feel like it got to us,” Horford said, via Boston.com.

Al Horford, #42 of the Boston Celtics, flexes and celebrates against the Golden State Warriors during Game One of the 2022 NBA Finals on June 2, 2022 at Chase Center in San Francisco, California.
(Photo by Mercedes Oliver/NBAE via Getty Images)

“It’s one of those things that we kind of brought it back. We were able to focus back in, but we can never let that get to us. We can’t let that affect our game, the way that things are being played. We feel like we can control a lot of those things. It’s something that we have to move on from and be better on Thursday.”

The Celtics and Warriors will meet in Game 6 in Boston on Thursday night. Tip-off is set for 9 p.m. ET.