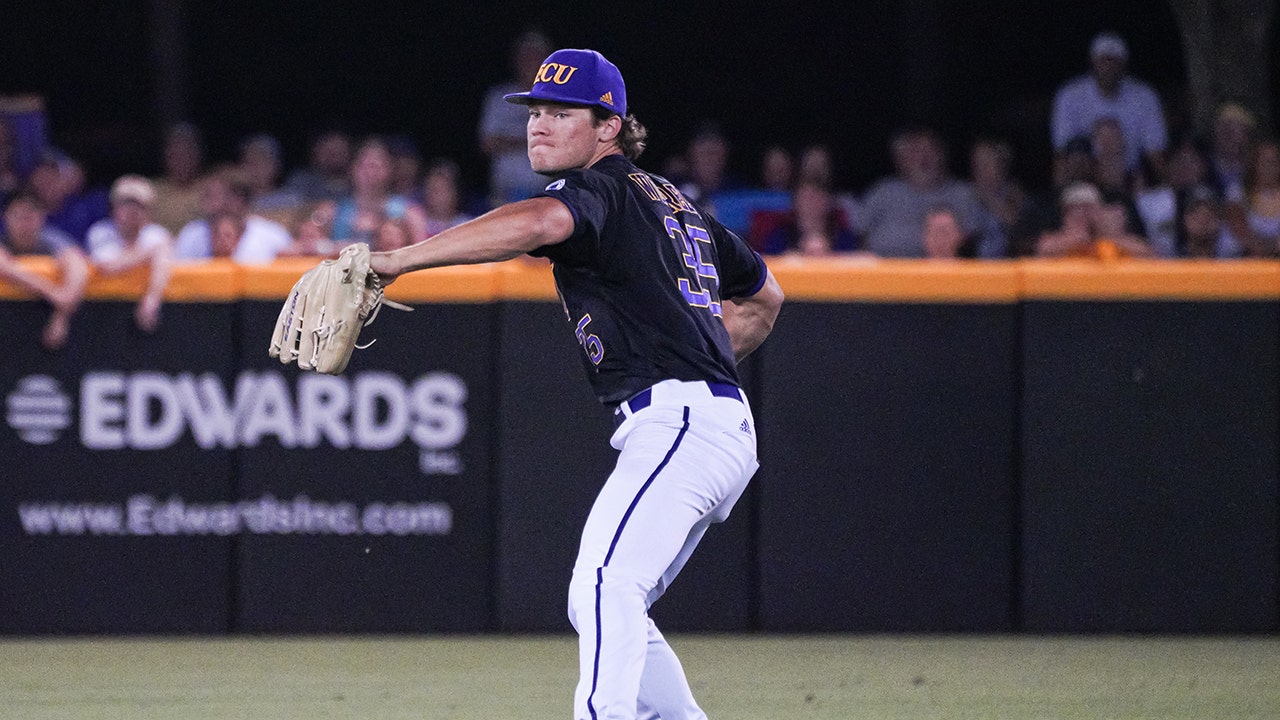 An NCAA umpire caused a bit of controversy during East Carolina’s 13-4 victory over Coastal Carolina for the Greenville Regional title on Monday when he seemingly shoved slugger Bryson Worrell along after he stopped to admire his run.

Worrell, who was named Greenville Regional Most Outstanding Player, stepped up to the plate in the seventh inning with his team leading by eight when he crushed the ball over the right-field wall, improving East Carolina’s lead to 13-2.

But as he briefly paused to admire his 18th homer of the season, Worrell was met with a shove from behind by the home plate umpire – a message to get going already.

The Pirates would win the game 13-4 to claim the regional title for the third-straight year and seventh overall in program history, but fans on social media weren’t pleased with the official’s actions at the plate.

East Carolina moves on this weekend to host Texas in the Super Regional, with the winner of the three-game series advancing to the College World Series.