New assault rifle being sold to civilians is twice as powerful as the AR-15 and capable of shooting through bulletproof vests, report says 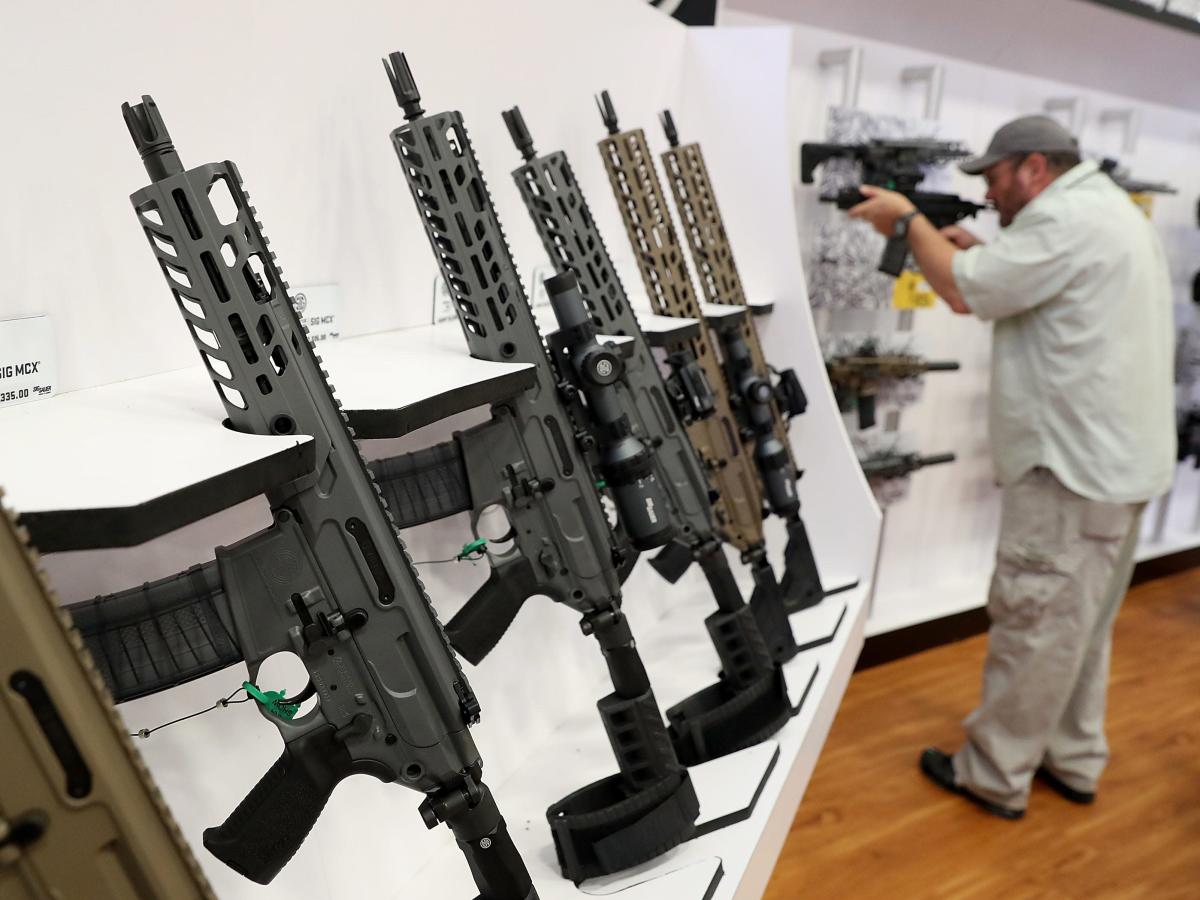 A gun company is marketing an assault rifle that can shoot through bulletproof vests to civilians, a report says, amid ongoing debates about gun control following a string of deadly mass shootings.

SIG Sauer’s MCX-SPEAR is the civilian equivalent of the US Army’s NGSW-R (Next Generation Squad Weapon-Rifle), specifically created to tear through body armor, The Daily Beast reported.

“It’ll shoot through almost all of the bulletproof vests worn by law enforcement in the county right now,” Ryan Busse, a former firearms company executive now a senior policy analyst with the Giffords Law Center, told the outlet.

The gun fires bullets with twice the kinetic energy of those from an AR-15 has a longer range, and has a noise suppressor that could make a gunman harder to locate, the outlet reported.

“The MCX-SPEAR was developed with direct input from US warfighters to provide more power, distance, and accuracy to replace the current M4 rifle platform,” the company’s website says.

Making the gun commercially available raises questions about the possible outcomes if it were to get into the hands of a mass shooter.

Policy analyst Busse told the outlet that while AR-15s are lighter and more maneuverable than MCX-SPEARs, bullets from the latter can hit much harder over greater distances.

Busse said the gun could help mass shooters become “a long-range sniper with an AR-15-style gun.”

SIG Sauer is also the company responsible for making the semi-automatic AR-15-style rifle that was used in the Orlando nightclub shooting in 2016 that left 49 people dead.

The company said that the MCX-SPEAR would be available at “select dealers,” Firearm Blog first reported in January.

In the press release, Ron Cohen, President & CEO, SIG SAUER, Inc, said it was “a rare opportunity for passionate consumers to own a piece of history.”

One of the dealers said that the arms manufacturer sent out 2,500 and 5,000 of the weapons and they sold out quickly, despite the hefty manufacturer’s suggested price tag of $7,999, The Daily Beast reported.

A customer service representative for SIG Sauer told the outlet that more weapons would soon be shipped to gun stores at a lower price than the “first editions” models.

“I know it’s coming,” the representative told the outlet. “We’re trying to get these things out as fast as we can. Get as many guns as we can out the door.”

High-powered AR-15-style weapons used in recent mass shootings, including Buffalo, Uvalde, and Highland Park that left 38 dead, were all legally purchased in the US.

The Highland gunman fired off more than 70 rounds from the rooftop onto the crowds of innocent parade-goers below during the rampage in the Chicago suburb.

House Democrats have been working to advance a bill to ban certain semi-automatic rifles in response to the recent spate of mass shootings using such weapons.