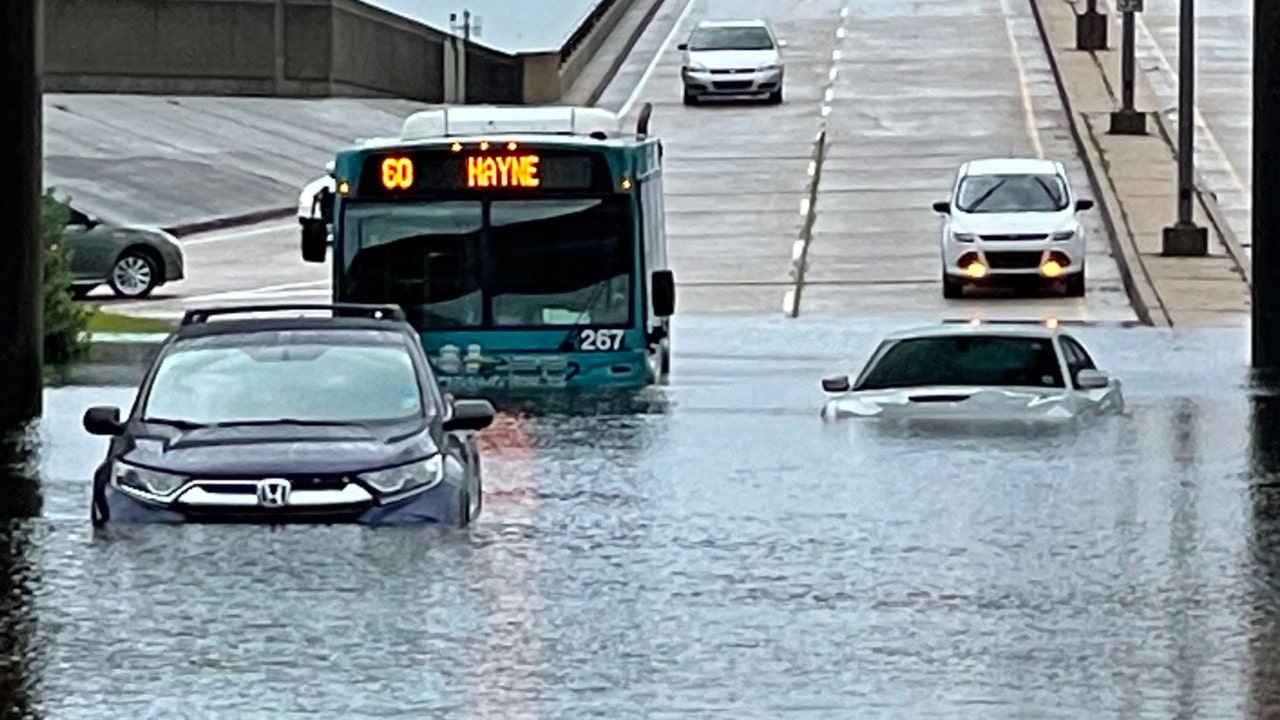 New Orleans was flooded by storms on Friday that knocked out power for residents and businesses and left cars submerged.

Photos from the Louisiana city’s fire department showed parking lots and underpasses covered by water, as well as a city bus.

New Orleans Emergency Medical Services tweeted that the agency was responding to multiple calls for vehicles trapped in flood waters.

The department warned that, while some parts of the city were beginning to dry out, New Orleanians should not try to drive through standing flood water.

NOLA.com said that officials from Jefferson Parish – which received more than four inches of rainfall per hour in some neighborhoods – called the rain a 50-year event.

The rain outpaced the New Orleans Sewerage & Water Board’s ability to keep streets clear in some areas, the website noted.

Just over 1,110 customers were tracked as without power on Saturday morning, according to outage tracker PowerOutage.US.

Thousands more Entergy customers were without power for several hours on Friday.

Fox Weather said most of the flooding reports were concentrated in the Seabrook and Gentilly areas, near the south shore of Lake Pontchartrain.

In an evening tweet, the National Weather Service (NWS) in New Orleans wrote that some isolated areas received around seven inches of rain from Thursday to Friday.

The office said Saturday that scattered to numerous showers and storms were still expected on Saturday afternoon, with more flooding threats.

Julia Musto is a reporter for Fox News Digital. You can find her on Twitter at @JuliaElenaMusto.