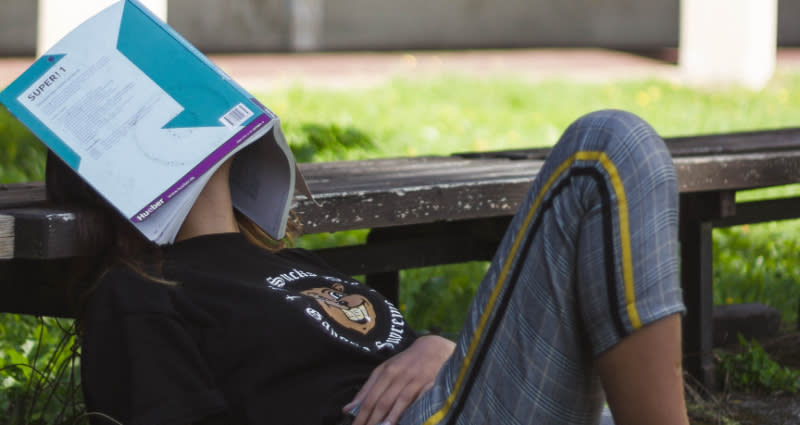 The researchers of the study, which was published in the journal “Current Biology” on Thursday, found that prolonged intense cognitive work causes a buildup of potentially toxic byproducts in the prefrontal cortex of a human’s brain. This buildup then affects an individual’s control over their decisions, causing one to do things that do not require effort or to do nothing at all as the cognitive fatigue takes hold..

The study found that the group who needed to think hard for work showed signs of fatigue, such as reduced pupil dilation. The same group, which had higher levels of the amino acid glutamate in the synapses of the prefrontal cortex, also shifted toward actions that proposed rewards quickly with little effort.

The authors said the research supported the idea that an accumulation of glutamate makes the activation of the brain “more costly,” which means it is harder to maintain cognitive control after a mentally exhausting workday.

“Influential theories suggested that fatigue is a sort of illusion cooked up by the brain to make us stop whatever we are doing and turn to a more gratifying activity,” co-author Mathias Pessiglione of Pitié-Salpêtrière University reportedly said. “But our findings show that cognitive work results in a true functional alteration — accumulation of noxious substances — so fatigue would indeed be a signal that makes us stop working but for a different purpose: to preserve the integrity of brain functioning.”

Pessiglione added that there is no known way to avoid this mental limitation, but she pointed toward the practice of good sleep.

More from NextShark: Exercise in a pill closer to reality after scientists discover molecule produced during workouts

“I would employ good old recipes: rest and sleep!” she said. “There is good evidence that glutamate is eliminated from synapses during sleep.”

The researchers advised people to avoid making important decisions when they are mentally tired. They also believe that actively monitoring prefrontal metabolites could help in informing and adjusting work schedules to avoid burnout.

The authors hope to understand why the prefrontal cortex of the human brain is especially susceptible to glutamate accumulation and fatigue in future studies. They wish to determine whether the same brain fatigue markers can also predict an individual’s recovery from health conditions like depression or cancer.

More from NextShark: 40% of AAPI LGBTQ youth considered suicide over the past year, report finds

More from NextShark: Negative views of China around the world are higher than ever, reveals new Pew survey