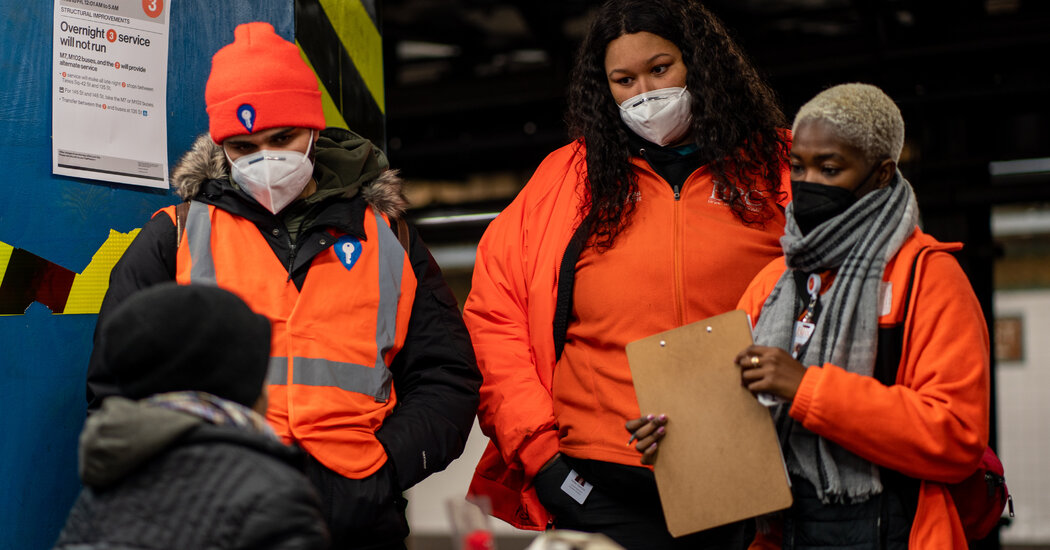 The population of New Yorkers living in streets and subways decreased slightly from the last prepandemic survey in 2020, according to a new city survey, but advocates for homeless people say the numbers are unreliable.

About 1,000 fewer people were tallied on Jan. 26, 2021, but officials said the apparent large drop was due largely to the fact that the subways, where many homeless people congregate in cold weather, were shut down each night for cleaning to stem the spread of the coronavirus.

The city used different methods to survey the number of homeless people during the pandemic, making it hard to compare the new estimates to those obtained last year, said Jacquelyn Simone, a policy director with the Coalition for the Homeless, which provides services to people without shelter.

She said the change in methods required a “massive caveat.”

The new survey, called the Homeless Outreach Population Estimate, is the first to be released under Mayor Eric Adams as he seeks to fulfill campaign promises to make New York safer, in part, by moving unsheltered people off the subway system.

Most people surveyed this year were staying in the subway system. Canvassing teams counted about 2,100 unsheltered people below ground, compared with 1,300 above ground. The opposite was true in 2020, when 1,700 people were counted underground and 2,200 were counted above ground.

In February, a month after the city’s survey was carried out, Mr. Adams and Gov. Kathy Hochul unveiled a plan to deploy police officers and mental-health workers in New York City’s subway. Their task at the time was to move more than 1,000 homeless people who shelter there regularly into shelters or other arrangements.

A month later, Mr. Adams announced his plan to clear encampments where homeless people lived, a move that drew sharp criticism from advocates who said the city was doing little to help those it had displaced.

In April, Mr. Adams proposed a $171 million investment in homeless services, including 900 new specialized shelter beds in facilities with more services. That plan would expand a program begun under Bill de Blasio, Mr. Adams’s predecessor, that provides temporary specialized beds for people leaving the streets. The spots in high-quality facilities have fewer restrictions, including no curfew. Some have private rooms rather than barracks-style accommodations.

This week, the mayor released a multiyear plan to address New York City’s growing housing crisis, saying he would make rentals and homeownership more affordable, help homeless people find permanent accommodations and invest in the New York City Housing Authority, the largest entity of its kind in the United States. Critics have said he is not investing enough to meaningfully address the problem.