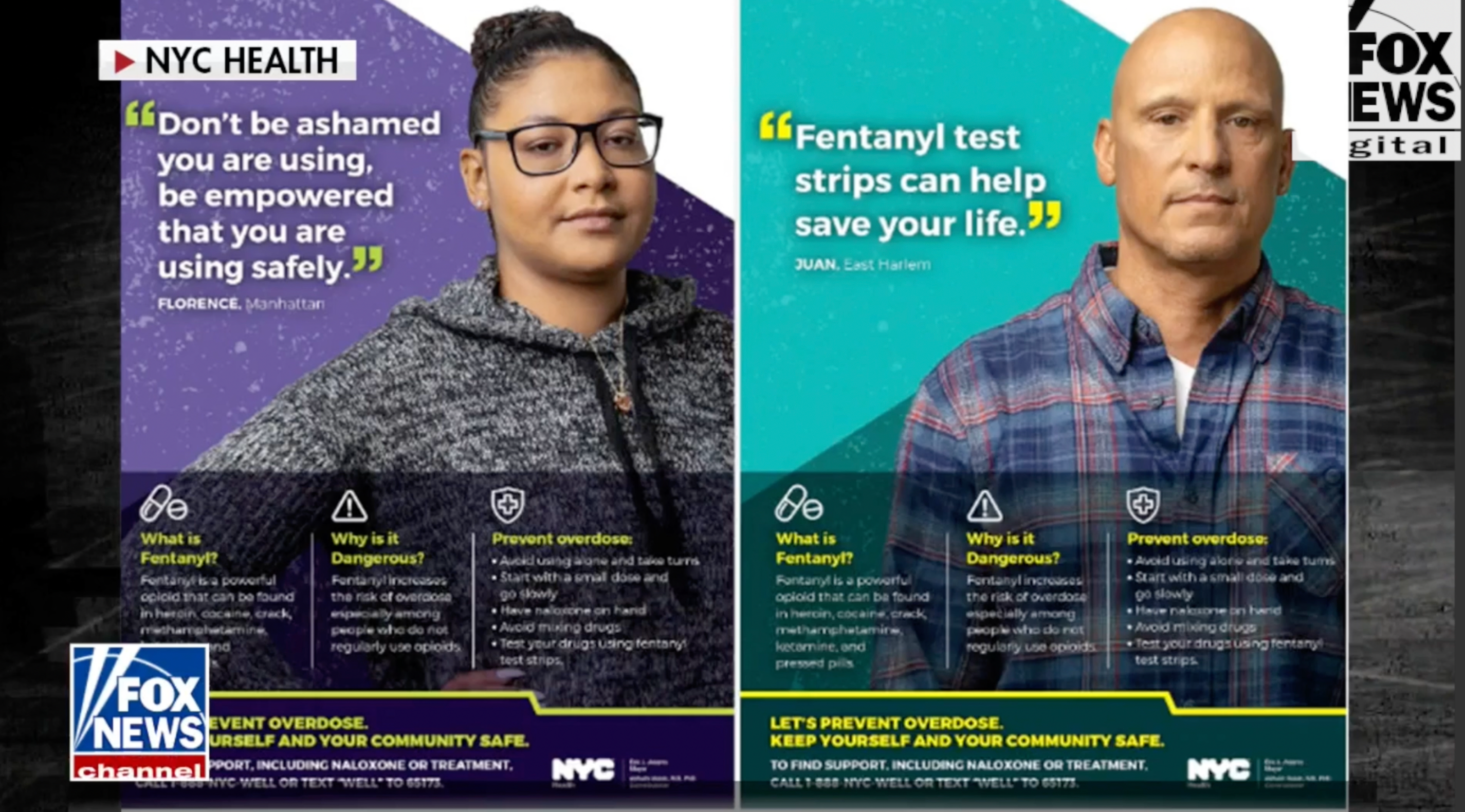 NEW YORK CITY – Subway riders in the Big Apple shared their thoughts on a health department advertisement that said fentanyl users should feel “empowered” that they are using safely.

“I feel like this is making drug abuse or drug use something … that sounds like a good thing almost,” Tori, a Texan visiting New York, said. “We should all be encouraging it, or maybe it’s a bad thing that we’re looking down on drug use.”

“I definitely don’t have a positive reaction towards this ad,” she continued. “Empowerment for using opioids—I don’t see any other message.”

But another subway rider disagreed.

He added that he doesn’t encourage drug use, but health officials are “not your parents.”

“Don’t be ashamed you are using, be empowered that you are using safely,” a woman identified as Florence from Manhattan said in one ad.

DRUG OVERDOSE DEATHS UP AGAIN IN VIRGINIA IN 2021, FENTANYL THE LEADING CAUSE

“I’m not sure why using would be shameful,” Mike, a New York subway rider, said. “Nor do I understand why one would feel empowered that you’re using drugs safely.”

Elizabeth, of Brooklyn, told Fox News: “I think ‘empowered’ should be used in a different context.”

Fentanyl is the major driver behind the surging opioid-related deaths. More than 1,200 overdose deaths in New York City were recorded in the first half of 2021, nearly 300 more than the same time period in 2020, according to the health department.

“No matter how safely you’re using, the risk of overdose is still there,” Elizabeth added.

Josh, another New Yorker, told Fox News: “I don’t think you can use fentanyl safely.”

Fentanyl has driven a recent surge in overdose deaths nationwide. It was responsible for about three-quarters of the record 107,622 fatal overdoses last year, according to the Centers for Disease Control and Prevention.

Some agreed with specific parts of the ad’s messaging.

“I think it’s good that it’s promoting people to be more safe in drug use ’cause it’s not necessarily just as easy as just stopping,” Poppy, visiting from London, said.

“But I’m not sure I would say empowerment is the right word when it comes to using drugs,” Poppy said. “It could be worded in a better way for sure.”

Rach, who was traveling with Poppy, told Fox News: “I don’t know if drug use is necessarily empowering, but I agree we should probably eliminate the shame around it.”

Paul Best contributed to this report.