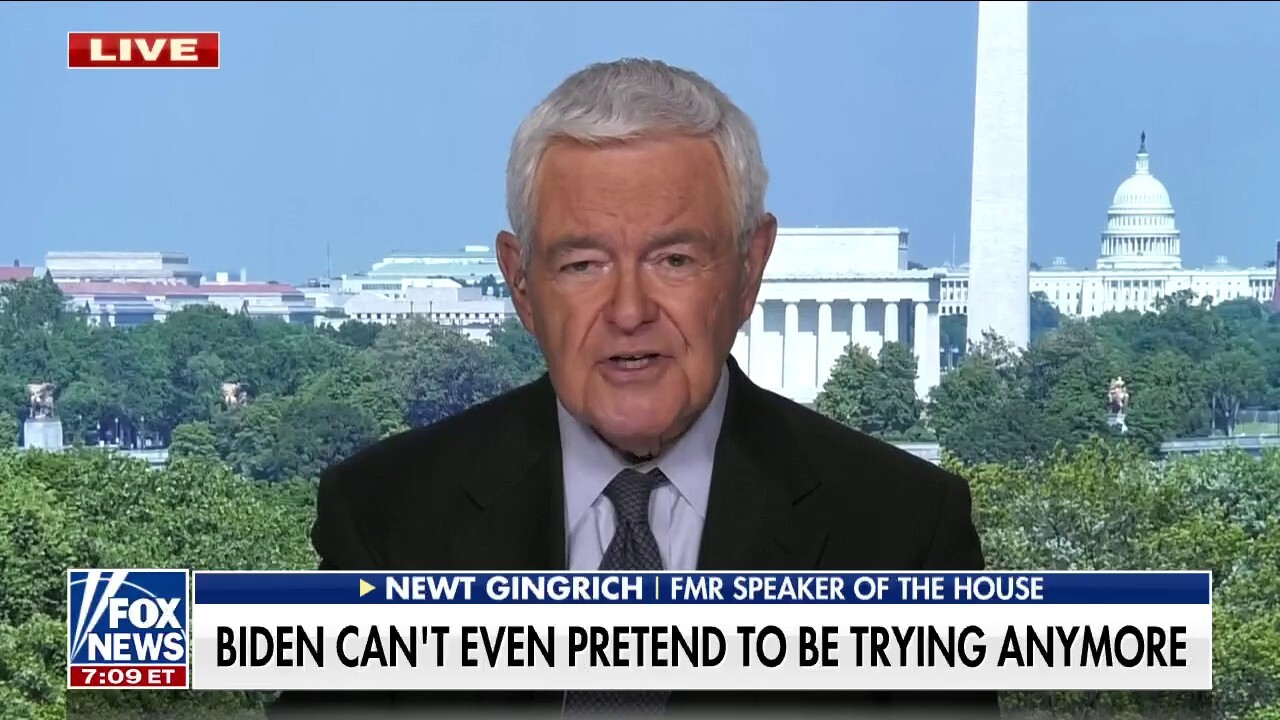 NEWT GINGRICH: I think it’s not fair to say that he’s the worst president. I think Buchanan, who got us into the Civil War, still has that title. But it would be fair to say that Biden may be the second-worst president in American history, at least in terms of his destructive effect. You know, my wife … went out Saturday, filled up her car, came home in a state of shock. She paid $104.50 to fill up her car. Now, I don’t care how often Joe Biden goes on comedy shows, and I understand he’ll be on a comedy show Wednesday night. First of all, it’s not funny when you can’t find infant formula and you can’t pay for gas and you can’t afford food and crime’s going up in your city. But second, that’s the real world the White House doesn’t understand. You know, you’re not eating in the White House mess and you don’t have Air Force One taking you somewhere. The world’s gotten to be very expensive and very dangerous. And Biden seems to have no clue about what’s going on around him.