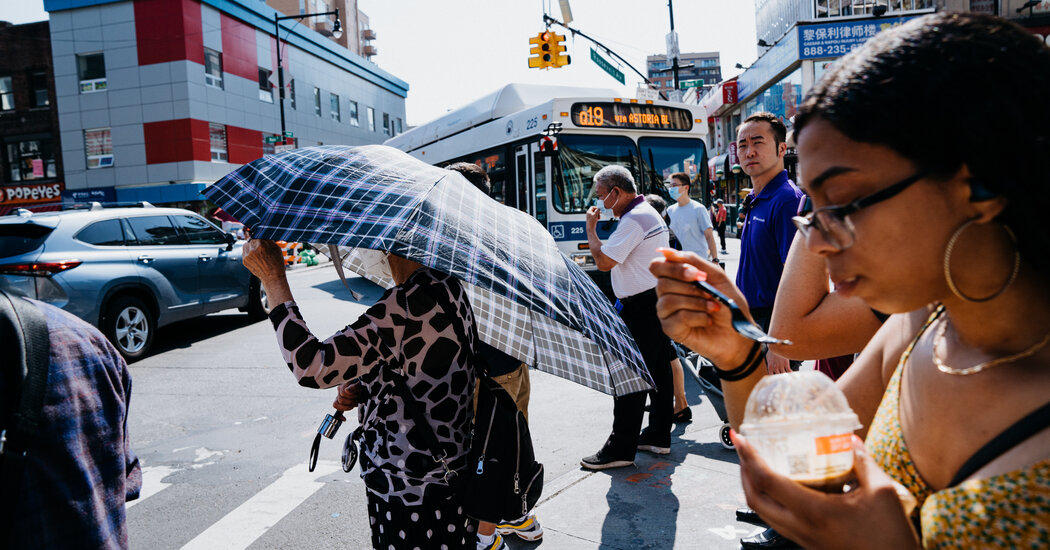 On days when heat and humidity in New York reach levels dangerous enough to trigger a heat advisory — as they did Thursday — the city designates more than 500 places as official cooling centers, where people can go for free to stay cool and safe.

But some of the neighborhoods that need the centers most — with the hottest temperatures, the fewest green spaces and the most households without air conditioning — have the fewest per capita, the city comptroller’s office found in a study released Thursday.

The hardest hit areas are in central Brooklyn, central Queens and parts of the Bronx. Most underserved of all is the East Flatbush section of Brooklyn, which had just two cooling centers open during last month’s heat wave for 162,400 residents.

That is despite having the city’s highest heat vulnerability rating, a measure of risk that weighs social and environmental factors including poverty, park access and temperature. The street surface temperature can vary by tens of degrees depending on a neighborhood’s tree cover, infrastructure and location.

The comptroller, Brad Lander, called on the city to immediately open more cooling centers in underserved areas like East Flatbush — for instance, by extending hours at more libraries and senior centers — and to make them easier to find, and gain access to, for all residents.

As the planet heats up from the effects of burning fossil fuels, cities like New York are grappling with increasing heat risks and heat inequality. Around 370 New Yorkers die from the heat each year; the New York City Panel on Climate Change predicts that by 2080 that number could be 3,300. And because of historical racism in zoning and planning and other social factors, risks are much greater for lower-income and Black New Yorkers.

The number of centers per capita varies widely even among hot, low-income areas; Brownsville, in Brooklyn, has 17.3 centers per 100,000 residents, compared to 1.2 in Elmhurst and Corona in Queens.

One of the study’s most striking findings: It is hard to find cooling centers at night, even though the inability to cool off at night is one of the main factors for heat illness and death.

Of the 542 centers on the city’s map during the heat wave of July 19-25, only half were open Saturdays and 83 percent were closed on Sundays. Only 11 percent were open during evening hours, the study found, with many closed even during peak daytime heat hours.

And nearly half are senior centers, meaning younger relatives cannot access them along with elders. Of senior cooling centers, 22 percent lacked wheelchair access and fewer than half had extended hours.