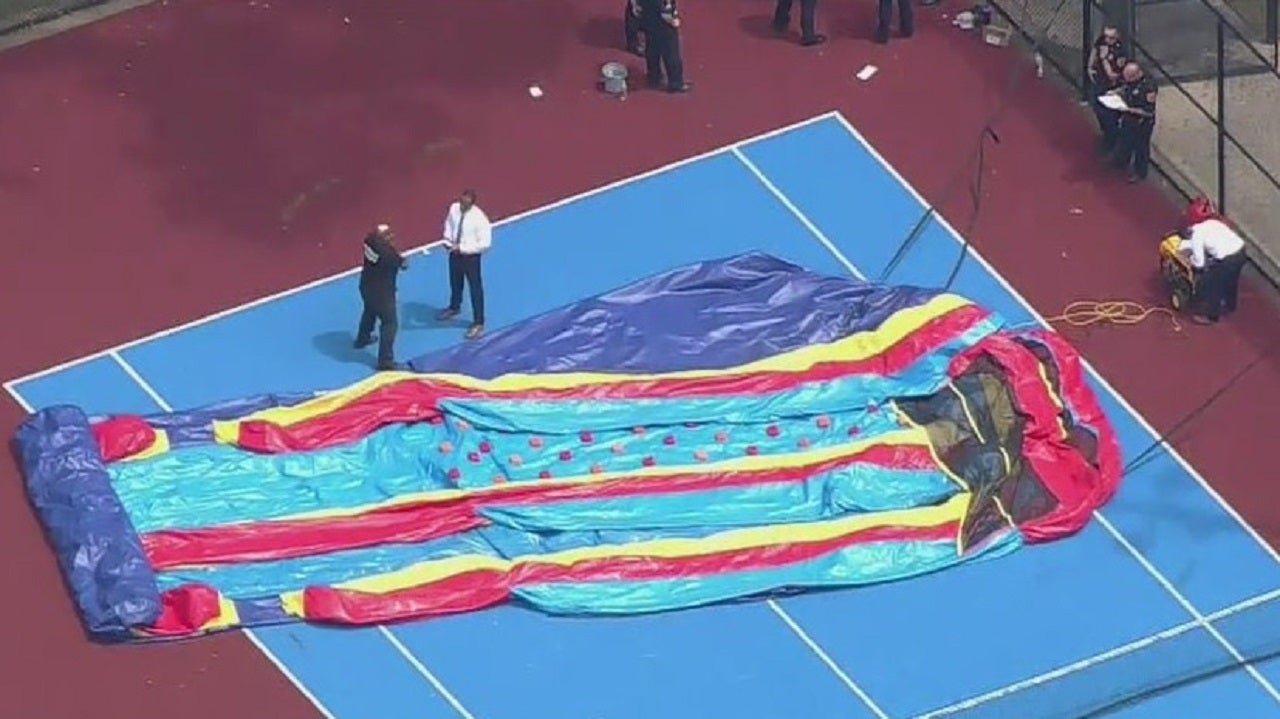 An inflatable slide that tipped over injured more than a dozen school children in a New York park Tuesday morning.

Children from Lafrancis Hardiman Elementary School were playing at their end of the year field day at Wyandanch park on Long Island when the structure fell. At the time, 14 children ages 6 and 7 were on the slide, Suffolk County Police said.

Officers arrived at the scene at approximately 9:45 a.m. Police said that one child was taken to a hospital with a broken leg and others were taken to hospitals to be treated for “minor injuries.”

An inflatable slide collapsed during a school field day at Wyandanch Park in Long Island, while 14 children were on it, police said.
(WNYW Fox 5)

“We recognize this is a very scary event witnessed by our young scholars, staff, and families and we are deeply concerned about how this could have happened,” Talbert said.

The superintendent said the school district “has immediately initiated a thorough investigation,” and is working with the company that furnished the slide to determine what caused the accident.

“At this time, our priority is the health and well‐being of the students who may have been injured and those students who attended the event,” Talbert said.