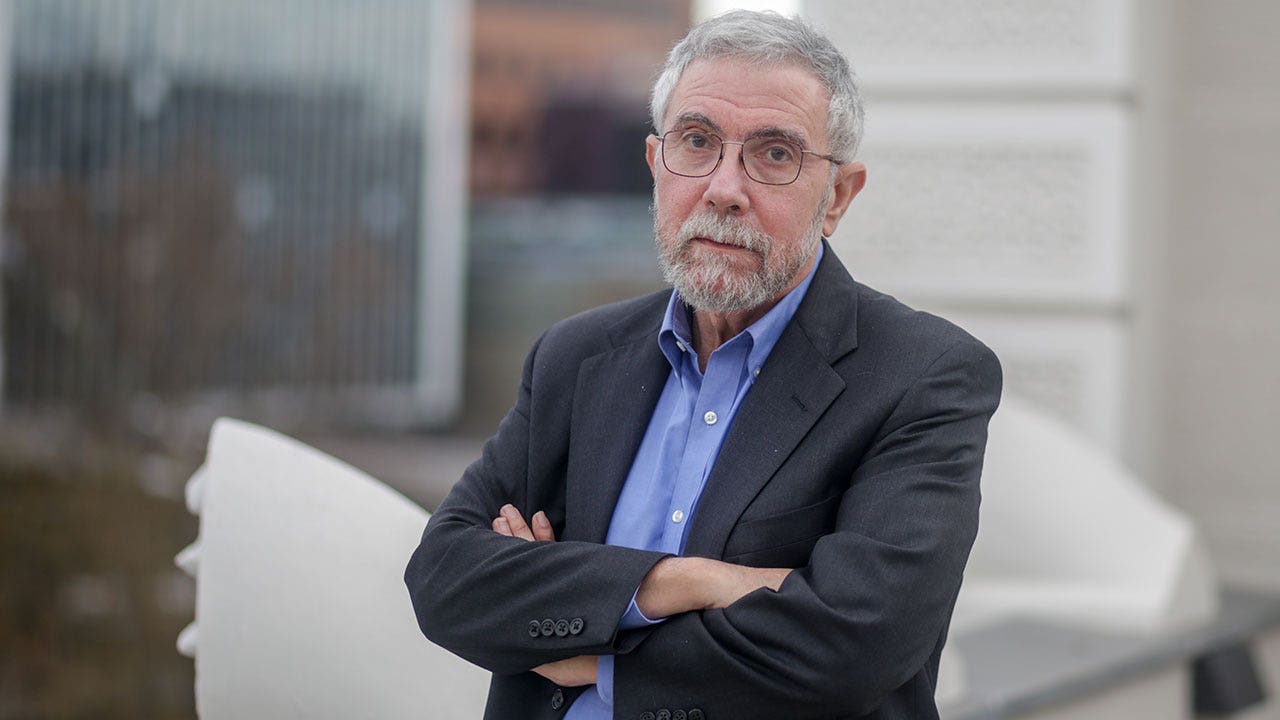 New York Times columnist Paul Krugman continued to push an optimistic view of the economy in the face of recent news on Thursday.

The latest gross domestic product (GDP) report released in the morning revealed that the economy contracted by .9%. This marked the second consecutive quarter that the economy experienced negative growth, signaling a recession. However, the White House and several media pundits have been redefining the term recession to insist it doesn’t mean two consecutive quarters of negative growth.

Krugman, who also suggested the U.S. is not in recession, reiterated that claim in his column.

“The U.S. economy is not currently in a recession. No, two quarters of negative growth aren’t, whatever you may have heard, the ‘official’ or ‘technical’ definition of a recession; that determination is made by a committee that has always relied on several indicators, especially job growth. And as Jerome Powell, the chair of the Federal Reserve, noted yesterday, the labor market still looks strong,” Krugman wrote.

NYT columnist Paul Krugman admitted that he was “wrong” about his initial inflation reports.
(Ricardo Rubio/Europa Press via Getty Images))

Although Krugman admitted that the economy is “definitely slowing,” he claims that other reports have been “fairly encouraging lately.”

For example, he highlighted the falling gas prices as a sign that the economy could be turning around, despite prices still topping $4 per gallon nationally. In addition, he noted that early predictions are suggesting that “broader inflation” could lessen in the coming quarter.

“As I suggested, early indications are that the Fed is winning its war on inflation, and doing so faster and more easily than most observers expected,” Krugman wrote.

This came despite Krugman previously admitting that he was “wrong” about inflation after June’s report found the inflation rate increased by 9.1%, a new high. He instead acknowledged that it’s “much, much too soon to declare victory in the fight against inflation” while noting there have been “several false dawns” over the last 18 months.

Moreover, he claimed that the largest impact felt by inflation was not the economic effect but the failure to pass meaningful climate change reform.

“That said, for a while it looked as if a bout of inflation had done permanent, even catastrophic damage via the political process, because it had undermined the prospects for meaningful action on climate change. An episode of high inflation isn’t the end of the world; failure to act on climate might well be,” Krugman wrote.

Sen. Joe Manchin, D-W.Va., has previously been reluctant to agree to any green agenda put forth by the Democrats, citing concerns with the inflation rate as a reason. However, on Wednesday, he officially announced an agreement with Senate Democrats on a reconciliation bill that would include $433 billion in climate initiatives. Despite economic fears, both Manchin and Krugman insisted that the bill will actually reduce inflation.

“So while the preliminary number for G.D.P. (which will probably be heavily revised) was negative, from where I sit the overall economic news looks fairly positive,” Krugman closed.

The recent GDP report found the economy shrank by .9% and previously shrinking last quarter, signaling the start of a recession.
(i-stock)

In a piece published hours before the GDP report, Politico similarly insisted that the negative news could be “heavily revised” later while the current report was probably “inaccurate.”