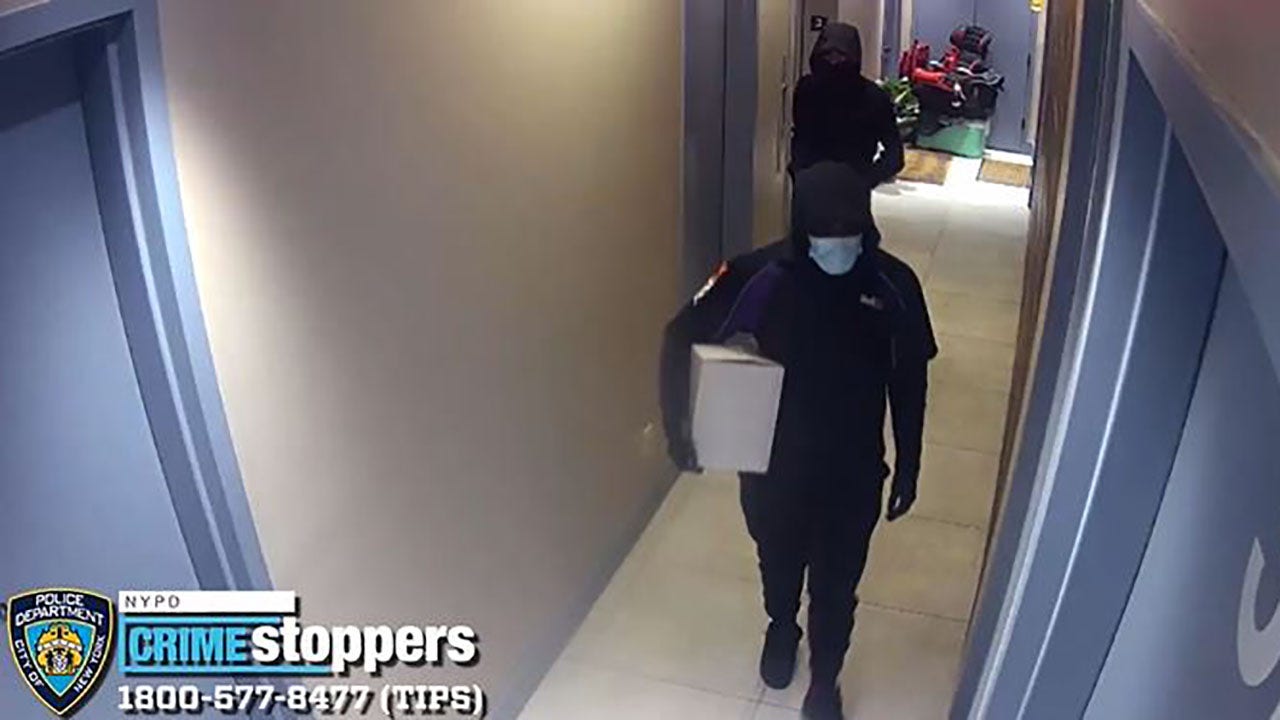 Two men posing as FedEx workers busted into a New York City apartment and shot a man in the chest during a violent robbery last week, authorities said.

The shooting happened just before 9:30 a.m. Wednesday in an apartment near Willis Avenue and East 135 Street in the Bronx, police said.

Police released surveillance video that shows one of the unidentified suspects wearing a FedEx shirt and carrying an unmarked box under his arm while approaching the apartment door from the hallway.

The victim, a 23-year-old male resident, answered the door and the suspects pushed their way inside, police said. The suspects allegedly pulled out a handgun and shot the victim in the chest before stealing his cell phone and fleeing in a black Nissan Rogue with a rear Connecticut license plate.

NYC SUSPECT IN UNPROVOKED SUBWAY SLASHINGS WAS ARRESTED AND RELEASED FROM PRISON THE DAY BEFORE: REPORT

The victim was rushed to NYC Health & Hospitals/ Lincoln in stable condition.

Police described both suspects as males with dark complexions, medium build and about 5-feet, 9-inches tall. Both were wearing dark clothing, hooded sweatshirts, sweatpants and facemasks.

The suspects fled in a black Nissan Rogue with a rear Connecticut license plate.
(NYPD CrimeStoppers)