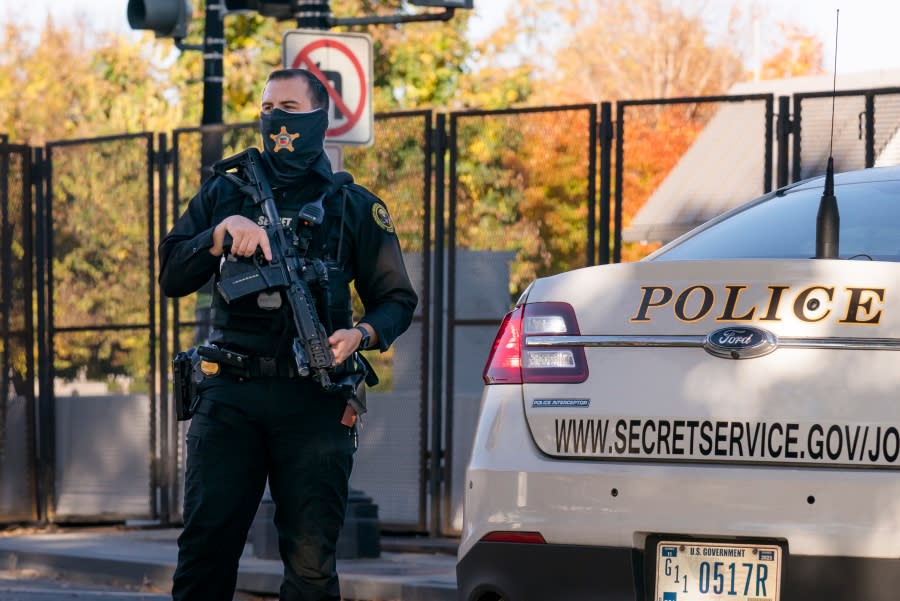 A government watchdog has asked the Secret Service to stop its internal investigation into what it deemed were “erased” text messages.

The inspector general for the Department of Homeland Security, which oversees the Secret Service, made the demand in a letter late Wednesday after notifying lawmakers earlier this month that the agency appeared to have erased text messages as part of a device replacement program.

It’s a confusing position for the Secret Service, which was directed by the National Archives earlier this week to conduct an internal review of whether any texts went missing and whether they could be reconstructed.

“The Secret Service is in receipt of the Department of Homeland Security Inspector General’s letter. We have informed the January 6th Select Committee of the Inspector General’s request and will conduct a thorough legal review to ensure we are fully cooperative with all oversight efforts and that they do not conflict with each other,” agency spokesman Anthony Guglielmi said in a statement.

The National Archives demanded the Secret Service launch its own review into the matter Tuesday.

“If it is determined that any text messages have been improperly deleted (regardless of their relevance to the OIG/Congressional inquiry of the events on January 6, 2021), then the Secret Service must send NARA a report within 30 calendar days of the date of this letter with a report documenting the deletion,” Laurence Brewer, chief records officer for the U.S. government, wrote in a letter to the custodian of records at DHS.

Brewer’s letter also outlined the requirements for the NARA report.

“This report must include a complete description of the records affected, a statement of the exact circumstances surrounding the deletion of messages, a statement of the safeguards established to prevent further loss of documentation, and details of all agency actions taken to salvage, retrieve, or reconstruct the records.”

NBC reported Thursday that the DHS Office of Inspector General had launched a criminal investigation into the Secret Service matter.

The House committee investigating the Jan. 6 attack on the Capitol said in a late Wednesday statement that the Secret Service’s mishandling of records relating to the events unfolding at that day may have violated public records law.

“The procedure for preserving content prior to this purge appears to have been contrary to federal records retention requirements and may represent a possible violation of the Federal Records Act,” Chair Bennie Thompson (D-Miss.) and Vice Chair Liz Cheney (R-Wyo.) said in the joint statement.

The panel received just one text from the agency in response to a subpoena it issued last week – a text from then-Capitol Police Chief Steven Sund requesting help on Jan. 6.

The committee likewise released the letter the Secret Service sent to the committee Tuesday along with roughly 10,000 pages of documents it released to comply with the subpoena.

The letter offers the agency’s most thorough explanation to date.

The agency underwent a migration to Microsoft starting Jan. 27, ordering agents to install Intune on their phones, a software that allows remote management of mobile devices and protects data.

“We are currently unaware of any text messages issued by Secret Service employees between Dec. 7, 2020 and Jan. 8, 2021 requested by OIG that were not retained as part of the Intune migration,” Secret Service wrote in the letter.

However, it appears it was left almost entirely to agents to determine what records on their phones needed to be preserved in accordance with the law.

Agents were directed to self-install Intune and follow a guide for preserving any data.

“All Secret Service employees are responsible for appropriately preserving any government records, including electronic messages that may be created during text messages,” the agency wrote, noting that employees are required to “certify that they understand this policy when they enter duty.”

For the latest news, weather, sports, and streaming video, head to The Hill.