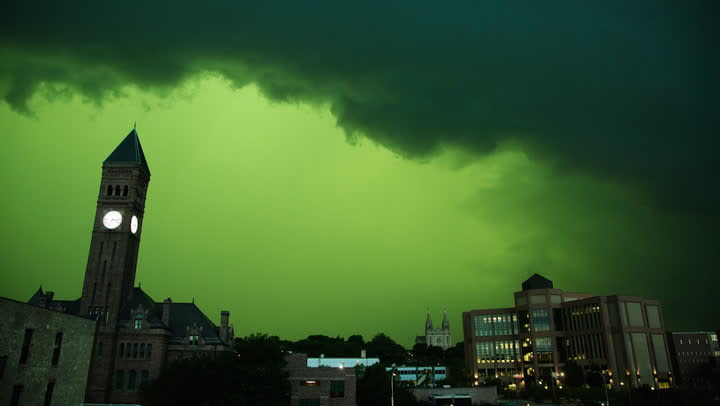 STORY: Some areas in New South Wales state have received a month’s rain in the past two days, swelling rivers and forcing Sydney’s main dam, the Warragamba Dam, to spill on the weekend. Australia has been exposed to the La Nina weather phenomenon in the Pacific Ocean two years in a row, which typically brings above average rainfall on the east coast.While it is difficult to attribute any single flood to climate change, senior climate research scientist at University of New South Wales, Agus Santoso, said climate change tends to increase the amount of moisture in the atmosphere and the shift in global climate patterns.”So we need to do more research in understanding how all these events are tied together to climate change,” he added.About 50,000 residents in New South Wales, most in Sydney’s western suburbs, have been told to either evacuate or warned they might receive evacuation orders, up from Monday’s (July 4) 30,000, authorities said.