Opinion | America’s Hospitals Are in Transition 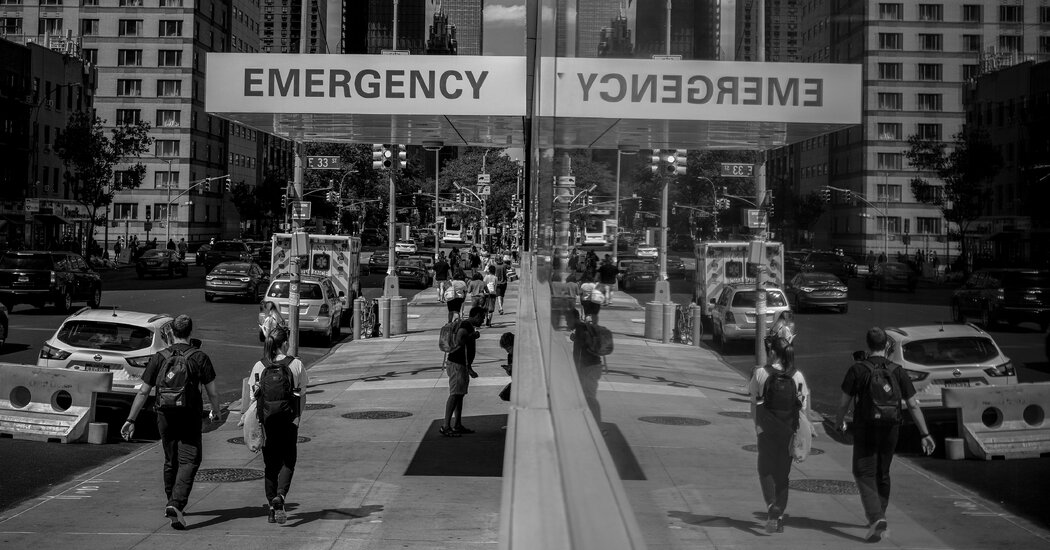 The intensive care unit is full. A patient coded early in the morning and my pager alerts me that an older man is intubated in the emergency department and a woman with cystic fibrosis is coughing up blood. There is so much sickness that I am almost too busy to notice what once would have been a remarkable fact: I am not taking care of a single patient with the coronavirus.

In many ways, my hospital is back to normal. Families can enter once again, though still with limited visiting hours. There is no more talk of canceling elective procedures. The cafeteria salad bar has returned. We still wear masks, but I do not obsessively check the seal of my N95. Though this virus is not gone, I am no longer scared.

But I find myself wondering whether we should expect more. In the height of the pandemic, as we watched the vulnerable die, we made promises that when this ended, so much would be different. And yet here in the hospital, we seem to have settled into a new kind of normal, one characterized by limited staffing and medication shortages and an erosion of the family presence that we once embraced. So yes, I am not taking care of a single patient with the coronavirus. But is that as good as it gets?

If you had asked me a year ago, I would have told you that the restrictions on visitors would be a thing of the past by now. In that previously unimaginable reality where we would hold a phone to a patient’s ear so that their family could say goodbye, I was certain that as soon as this virus was no longer a mortal threat, we would throw open the doors and bring family right back in again. But even though the doors are open, it’s not the same.

In the I.C.U., we still have visitor restrictions. Families can arrive, two people at a time, at 11 in the morning and leave at eight in the evening. This means that they are rarely a part of rounds, or present at the bedside late into the night. Though these rules are intended to avoid the spread of the virus, I suspect they have lingered despite falling rates of Covid transmission because we have grown used to hospital life without visitors. I noticed this shift in myself recently, when I cared for a patient whose wife and daughter sat at his bedside for nine hours straight each day. Unfamiliar with such intense family presence, I found myself a bit on guard, on edge, even, suddenly aware of being observed.

But as I grew used to providing the family with bedside updates, I realized that this was what our care once was and should be again. This family’s daily presence helped them to realize that their loved one was not going to get better, and ultimately, to make the decision to take him off the ventilator, knowing that he would die. Before we began the process, my patient’s wife asked me a question. She wanted to know whether she would be able to stay late if visiting hours ended and her husband had not died yet. She thought there was a chance that we would say no. Though we reassured her that we would make an exception and any number of family members could be there, her question reverberated. Is this our new hospital normal, a world where it would be acceptable for us to say no?

Perhaps it is. The doctors who are finishing residency now have completed most of their training in a world without robust family presence. They learned to become doctors to patients who are intubated and under deep sedation, behind closed doors, in a world of masks and alongside the fear that if they are not careful, their patients could make them sick.

Back in my own training, we used deep sedation and paralyzing medications infrequently, as we knew that these decisions came with a cost: delirium, long-term brain dysfunction, profound weakness. But today’s doctors in training have learned on Covid patients. When we were uncertain what to do, particularly early on, we reflexively jumped to deep sedation as the answer for them. These are patterns that are hard to unlearn.

And beneath it all is the continued specter of the virus. Though I did not have a single patient with Covid-19 during my recent weeks in the unit, from time to time, we would receive a message alerting us that one of our patients had a Covid exposure from a staff member who had tested positive and would have to be on precautions as a result. Patients and families were once terrified by this news, but now they are largely used to it and seem reassured that the staff are masked and so any meaningful exposure is unlikely. This is another aspect of our new reality.

To think that a possible Covid exposure would not cause panic is itself a sign of great progress. But at the same time, we are so far from where we thought we might be by now. When I walked through the halls of the Covid intensive care unit back in the spring of 2020, I told myself, as did so many of us in health care, that we would improve care for those who were disproportionately impacted by this virus. The systems to which we had become accustomed would be dismantled, and we would find ourselves somewhere better.

But those sorts of promises are naïve and empty without a plan for how to make and sustain real change to protect the vulnerable among us. So here I am, back in the unit, caring for a patient with severe cerebral palsy, who had aspirated his own secretions and developed a life-threatening pneumonia. His aging parents had done the best they could despite limited resources, making sure to turn their adult son on his side multiple times a day to help him cough, but his muscles were too weak. And now he would require a tracheotomy tube for the rest of his life. I know, talking to his parents, that it is possible that their adult son will not go home, that they will not be able to afford the kinds of services he needs. When and if another virus comes, the son they cared for at home for three decades might be living in precisely the kind of nursing facility that will be decimated by it. It’s easy to feel that the tragedy only repeats.

But then again, in just a few weeks, a group of newly minted doctors begin their internships. Medicine is strange like that, a new generation every three years, and with it a chance for reinvention. They will find themselves in a hospital in transition, in a country that has suffered more than a million deaths. We will teach them about all of it, about how to manage sepsis and heart failure and trauma, about the pandemic and how it was before. And for a moment, maybe, we can step back and see it all through their eyes — the nervousness and the excitement and, more than anything, the hope for what is to come.