Opinion | Climate Change Is Not Negotiable 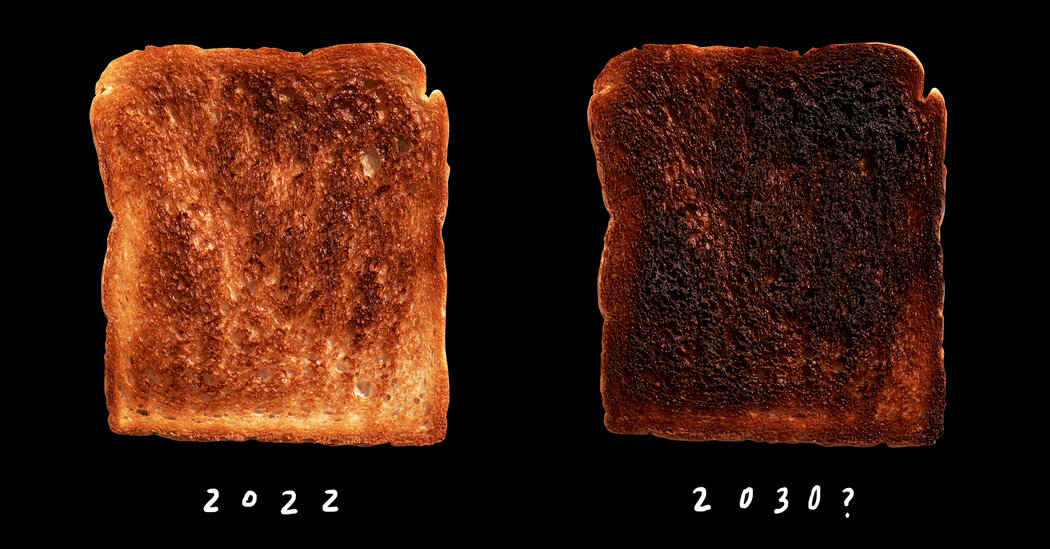 The president and his interior secretary, Deb Haaland, could help further by bringing clarity to the administration’s policies on oil and gas drilling, which right now are confusing. Mr. Biden pledged in his campaign to halt new oil and gas leasing on federal lands, which is a significant cause of greenhouse gas emissions. That promise seems long ago and far away. Interior’s recent five-year offshore drilling plan opens the possibility of leasing in parts of the Gulf of Mexico, while a recent environmental impact statement does not foreclose, as environmentalists had hoped, the Willow Project, ConocoPhillips’s proposed development of oil and gas resources in the fragile Western Arctic.

Opinion Conversation
The climate, and the world, are changing. What challenges will the future bring, and how should we respond to them?

Mr. Biden is obviously in a tough place on drilling, given the political peril of high gas prices and their toll on American household expenses, plus the possibility that Vladimir Putin’s hold on Russian oil and gas supplies could drive them even higher. The environmental community is beyond nervous about the potential for more drilling in the Gulf of Mexico and Alaska. Meanwhile, there are other protective measures that are still available to the president, including reforms of climate-intensive farming practices and nature-based solutions to climate change, which would involve putting large areas of land and water off limits to commercial activity.

One thing Mr. Biden has going for him is the economic tailwinds created by science and technology, private sector ingenuity and earlier government investment. That includes, prominently, the $90 billion in clean energy investments in the 2009 economic recovery act, which were maligned by Republicans because of the failure of one solar panel manufacturer but have helped yield a spectacular drop in the cost of renewable energy over the last decade — nearly 90 percent for solar power and about 70 percent for wind power, not to mention the emergence of the electric car. (Tesla benefited from a big federal loan from the 2009 investments.)

Coupled with coal’s precipitous decline, these technological gains have helped cause a roughly 20 percent drop in emissions since 2005. This puts the United States on track to reduce emissions by 24 percent to 35 percent below 2005 levels by 2030, according to a recent report by Rhodium Group, a research firm.

That, as they say, is not nothing, but it’s nowhere near enough to meet Mr. Biden’s pledge to the world. For that, we will need a huge infusion of federal money, which in turn means a concerned and engaged Congress. The threat posed by climate change to Americans’ lives and livelihoods is urgent and severe, and it requires significantly more commitment from those who are elected to protect them.