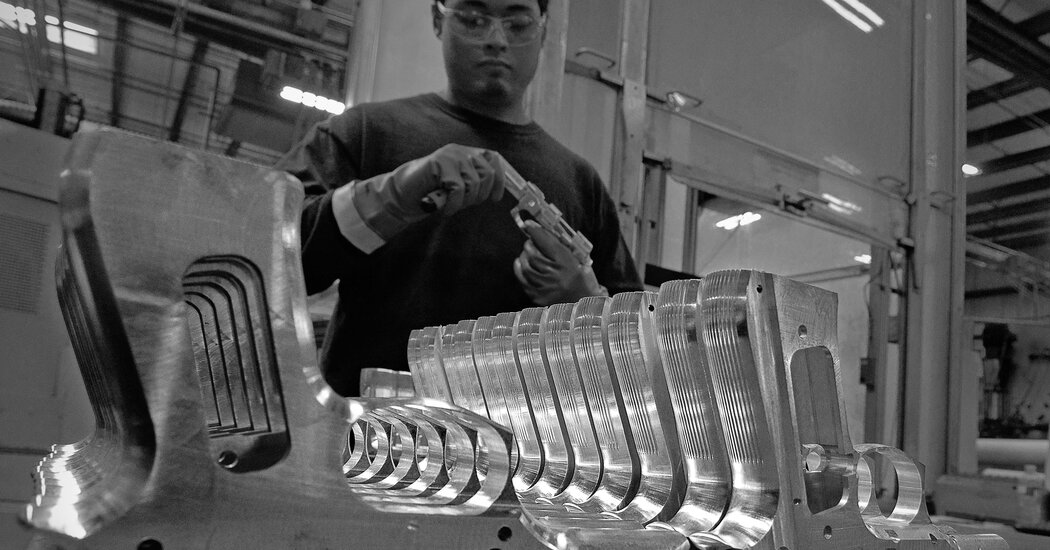 BIGFORK, Mont. — As a lifelong sportsman with a personal history rich with shotguns, pistols and rifles, I understand why so many of my fellow gun owners — especially the ones who have been spoon-fed fear and angst from organizations they trust — are hesitant to engage in a political discussion that began long before the actor and Second Amendment activist Charlton Heston equated guns with human dignity and liberty.

Debates about guns seem to get lost in the weeds of our decades-long disagreements, while every attempt at compromise — including the current effort in the Senate — falls short of what is desperately needed.

With that in mind, I’d like to offer a suggestion that may anger many of those who hear it but could, with luck, spark a fruitful discussion in the weeks and months ahead: Democrats should stop trying to institute new gun laws. They should side with Republicans and agree to curtail any further attempts to restrict gun purchases, or to outlaw guns that are currently legal.

At the same time, Republicans should work with Democrats to eliminate all liability protections for gun and ammunition manufacturers and anyone who sells guns.

Heston was immortalized in the eyes of many when he promised that our gun-grabbing government would have to pry his firearms from his “cold, dead hands.” His speech in front of the National Rifle Association in 2000, when he was president of the group, still resonates:

When loss of liberty is looming, as it is now, the siren sounds first in the hearts of freedom’s vanguard. The smoke in the air of our Concord bridges and Pearl Harbors is always smelled first by the farmers, who come from their simple homes to find the fire, and fight, because they know that sacred stuff resides in that wooden stock and blued steel — something that gives the most common man the most uncommon of freedoms.

Heston’s message couldn’t be clearer. Guns are the bulwark that stands between the forces of liberty and the odious tyranny of the federal government. For better or worse, this particular “truth” is held as self-evident by many here in Montana, as well as in other rural states across the country.

Fear, and especially fear seasoned with patriotism and testosterone, has proved to be a powerful elixir.

At the same time, even people who have chugged the Kool-Aid have to admit deep down in their hearts that the recent spate of mass shootings is an affront to every decent human being in this great country of ours.

No child, and no parent, should live in fear that the sanctity of our schools will be breached. No American should worry that a trip to the local grocery store will lead to a trauma center or to the shallow, petrified permanence of the grave.

We live in the United States of America, and we should all understand that every freedom comes with a price. In this case, that price is personal responsibility. People harmed by gun violence should have the right to go to court to hold gun manufacturers and sellers legally and financially responsible.

Freedom and responsibility, in equal measure.

We can’t continue to stand by while people are slaughtered. Not while anyone paying attention, and even some who aren’t, can sense the miasma that now envelops us.

This solution is not elegant. It is not perfect. But it lifts us up out of the weeds and starts us talking about the things that truly matter. It could be the beginning of a conversation that, if nothing else, shows us who really cares about this great country of ours and who would happily trade the lives of our children for a handful of bloodstained coin.

Unfortunately, this approach won’t save every child, grandmother, parishioner and teacher from the apocryphal bad guy with a gun. As we’re seeing in Congress right now, attempts at a solution prove inadequate to the task. But it would certainly deter the manufacture and sale of semiautomatic assault weapons, and it would help us shift from a culture that produces far too much pain and death toward one where guns are once again mere tools for hunters and target shooters.

Todd Tanner is a lifelong hunter and firearms owner who writes about the outdoors from his home in Montana.