Opinion | Don’t Referee Every Schoolyard Conflict. Help Kids Learn to Solve Them on Their Own. 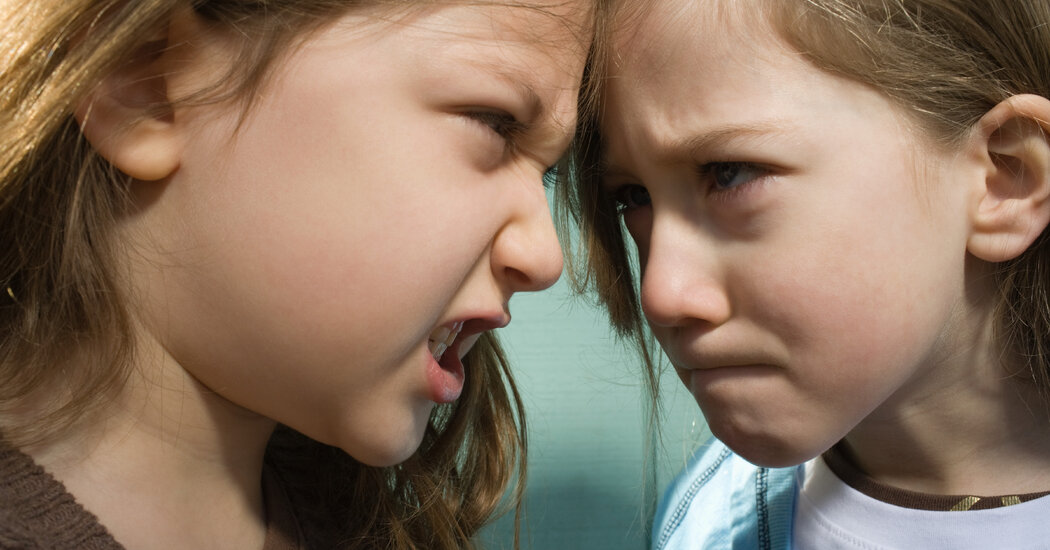 All four of those I talked to also recommended trying to get your kid to empathize with the kid he or she is sparring with. Sally Hunter, a clinical associate professor of child and family studies at the University of Tennessee, Knoxville, said she tries to tell her kids that they might not have all the information about what is going on in another child’s life that may lead them to lash out. She tells her sons that they can’t control how someone else behaves, they can only control their own responses: “Life is 10 percent what happens to you, and 90 percent your reaction,” she said.

In terms of their reactions, if our kids find themselves getting overly heated in an argument with a friend, Dr. Towery said, though it takes a lot of maturity, we can advise them to just walk away until they’re less worked up. “Let the other person know, and then come back when you’re more calm.”

While we want to give our kids tools to deal with conflict without having to get directly involved ourselves, that doesn’t mean we should leave them to fend for themselves in a bullying situation. I asked Saskia Ferrar, a psychologist at Montreal Children’s Hospital who has done research on adolescents and conflict resolution, about how to tell the difference between bullying and “normal” conflict among kids. She emailed:

The biggest difference between ordinary peer conflict and bullying comes down to power. In ordinary peer conflict, the children are on equal footing. By contrast, bullying involves repeated acts of aggression inflicted by someone with more power onto someone with less power. This power can be physical, where the bully dominates the victim because they are bigger and stronger. But it can also be based on status, such as when a more popular child repeatedly makes fun of a less popular peer. In either case, the victimized child is made to feel inferior in some way. Signs to look out for might include the frequency and intensity of the conflicts, and the child’s perception of what they can do about it. When a child tells their parent that they can’t assert themselves because so-and-so is stronger, has a bigger friend group, or because speaking out will lead to further exclusion or abuse, bullying may be occurring.

If you suspect your child is being bullied or is the bully themselves, speaking to your child’s teacher, camp counselor, another child’s parent or another authority figure involved would be appropriate. But when we can, we should try to butt out, especially as our kids get older. “I would encourage parents to follow their kids’ lead: some will want their parents’ help and advice, while others might just want support and validation,” said Ferrar.

In my daughter’s case, she just wanted to vent, and she was mildly horrified by my joking suggestion of a retort. Even though she knew I wasn’t seriously suggesting that she mock the other kid right back, I do think she appreciated that I made it clear he was in the wrong, and that she didn’t have to accept his disrespect. Though I hate the idea of anyone talking smack to her, “a part of life is learning how to navigate that and get a thick enough skin,” said Dr. Towery. “The more parents stay out of that, the more kids will learn how.”