Opinion | Ginni Thomas Has a Lot of Explaining to Do 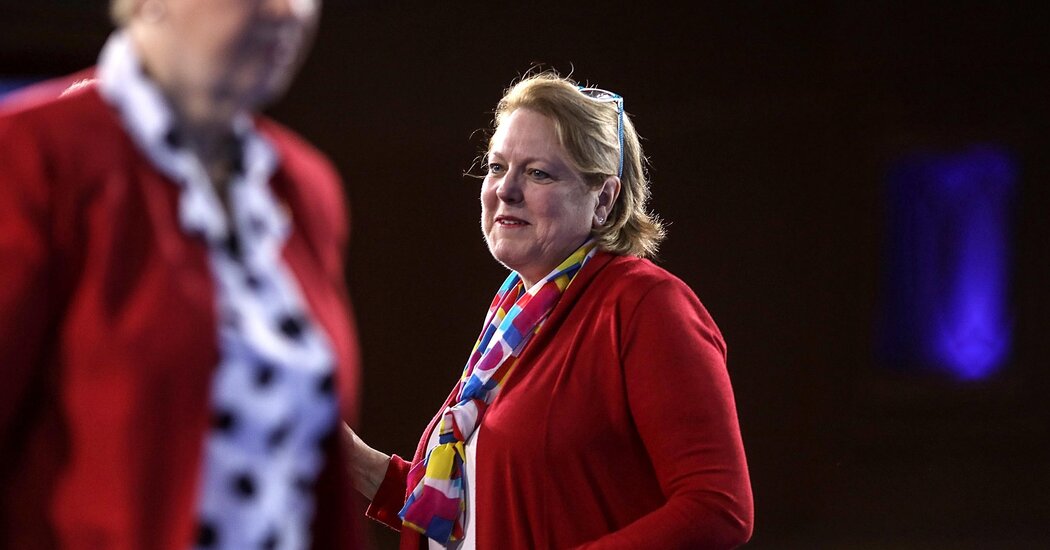 Again and again, during the years that Donald Trump was in the White House, liberals would ask themselves a single question: “Can you imagine if Barack Obama had done this?”

“This,” of course, was any one of the antics or misdeeds that marked Trump’s time in office: the lies, the insults, the cruelty and the criminality. Imagine if Obama had gone out of his way to excuse the equivalent of a white supremacist mob; imagine if Obama had gone to the site of a natural disaster and tossed out paper towels like so many footballs; imagine if he had railed against “shithole countries” or tried to pressure a foreign leader into turning over information to undermine his political opponents.

Imagine what would have happened if Barack Obama had plotted to subvert and overturn a presidential election that he had lost.

Republicans would have lost their minds. Having whipped themselves into a lather over fake scandals and manufactured controversies during the actual Obama administration, they would have exploded into paroxysms of partisan rage over any one of these misdeeds. The Benghazi hearings would have looked like a sober-minded investigation compared with what Republicans would have unleashed if the shoe had been on the other foot.

The point of this mental exercise, for liberals, was to highlight the hypocrisy of the Republican Party under Trump. Tucked into this attempt to condemn Republican behavior, however, is an important observation about the value of political theater. All this conservative hysteria did not defeat Barack Obama at the ballot box, but it may have helped to put his party at a disadvantage.

The main effect of these years of Republican scandal mongering was to produce a cloud of suspicion and mistrust that helped to undermine Obama’s preferred successor as president, as well as to shield Trump, as the 2016 Republican nominee, from the kind of scrutiny that might have made him more vulnerable.

Democrats do not need to mimic Republican behavior in all of its deranged glory, but they would do well to heed the lesson that for many voters, where there is smoke, there must be fire.

It is with this knowledge in mind that Democrats in Washington should do something about Ginni Thomas, who has just been asked to testify before the House select committee investigating the attack on the Capitol. The reason is straightforward. Thomas, the wife of Supreme Court Justice Clarence Thomas, worked with allies of Donald Trump to try to overturn the 2020 presidential election. (Thomas quickly let it be known that she was looking “forward to talking to” the committee and couldn’t wait “to clear up misconceptions.”)

Earlier this year, we learned that Thomas exchanged text messages with Mark Meadows, the White House chief of staff, in the weeks and days before the Jan. 6 attack on the Capitol. We also learned, last month, that she urged Arizona Republicans to discard the results of the election and choose a “clean slate of Electors” for Trump.

And we’ve learned this week from the Jan. 6 committee that Thomas also sent messages directly to John Eastman, the conservative lawyer (and former law clerk for Justice Thomas), who essentially devised the plan to try to overturn the 2020 presidential results.

Eastman spoke at the “stop the steal” rally before the attack and even requested a pardon by way of Rudy Giuliani for his activities leading up to the insurrection: “I’ve decided that I should be on the pardon list, if that is still in the works.”

“Thomas’s efforts to overturn the election were more extensive than previously known,” The Washington Post reported on Wednesday. Eastman, for his part, claimed to have known of a “heated” dispute among the Supreme Court justices over whether to hear arguments about the 2020 election. “So the odds are not based on the legal merits but an assessment of the justices’ spines, and I understand that there is a heated fight underway,” he is said to have written in an email to another lawyer. (On Thursday, Eastman posted a rebuttal on Substack asserting that he’d heard about the “heated fight” from news reports and that he could “categorically confirm that at no time did I discuss with Mrs. Thomas or Justice Thomas any matters pending or likely to come before the Court.”)

But if the first revelation, of Thomas’s correspondence with Meadows, was shocking, then these revelations of Thomas’s contact with Eastman are explosive. And it raises key questions, not just about what Ginni Thomas knew, but about what Clarence Thomas knew as well. How, exactly, did Eastman know of tensions on the court? And why did he predict to Greg Jacobs, chief counsel to Vice President Mike Pence, that the Supreme Court would rule 7-2 in support of his legal theory about the Electoral College certification process before conceding that in fact that might not be the case?

So while the committee is rightly seeking testimony from Ginni Thomas, Democrats should say something too. They shouldn’t just say something, they should scream something.

Not only did Ginni Thomas try to make herself a part of the effort to overthrow the government, but Justice Thomas was the only member of the court to vote in favor of Donald Trump’s attempt to shield his communications from congressional investigators, communications that would have included the messages between Mark Meadows and Ginni Thomas.

There is something suspect happening with the Supreme Court and other constitutional officers have every right to criticize it. Democratic leaders in Congress should launch an investigation into Ginni Thomas’s activities and announce that they intend to speak to her husband as well. President Biden should tell the press that he supports that investigation and hopes to see answers. Rank-and-file Democrats should make a stink about potential corruption on the Court whenever they have the opportunity. Impeachment should be on the table.

This probably won’t win votes. It could, however, capture the attention of the media and even put Republicans on the defensive. It is true that politics are unpredictable and that there’s no way to say exactly how a given choice will play out in the real world. But if the much maligned (and politically successful) investigations into Benghazi and Hillary Clinton’s emails are any indication, real pressure might turn additional revelations into genuine liabilities for the Republican Party.

The easiest thing for Democrats to do, of course, is nothing — to steer away from open conflict and leave the controversy (and the questions) to the select committee. But if Democrats choose instead to act like a political party should, they would do well to remember that if the tables were turned, their opponents would not hesitate to use every argument, and every tool, at their disposal.