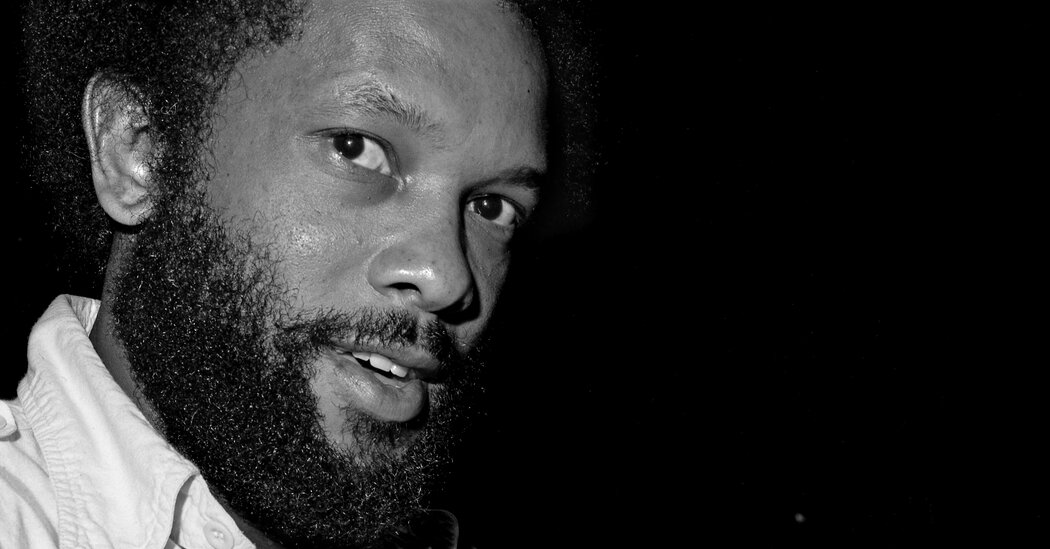 I always know when Mother’s Day is approaching. I love thinking about what new vegetarian restaurant I might take my mother to, or which of the many great photos of her from my childhood I’ll post on Instagram. Father’s Day, on the other hand, has never been on my mental calendar. I usually learn it’s coming when I see an ad for a sturdy piece of luggage or golf gear.

I hardly know my father, the jazz vibraphonist Roy Ayers — we’ve met only a few times. He and my mother were never really together. With his consent, she got pregnant deliberately, knowing he wouldn’t be part of our lives. I’ve always known that story, and for most of my life, I’ve been OK with it. I had a wonderful childhood thanks to my mother and several formidable male role models. So I never really felt my father’s absence. He didn’t break any promises. He didn’t leave. He was just never there in the first place.

In my mid-30s, I finally got in touch. Roy was surprisingly open, and when we sat down for lunch, our conversation felt easy. But what I’d hoped might become a semiregular meeting turned into a bright spotlight on his absence. When I tried to stay in touch with Roy after that lunch, he rushed through phone calls or left them largely unanswered.

Though we live in the same city, my father and I haven’t had a meaningful conversation since that lunch years ago. It took an unexpected incident last summer for me to realize that I can still celebrate Father’s Day without my father’s presence.

In June 2021, I scored tickets to a screening of “Summer of Soul (…Or, When the Revolution Could Not Be Televised)” at Marcus Garvey Park, the actual location of the 1969 Harlem Cultural Festival performances documented in Ahmir “Questlove” Thompson’s Oscar-winning film. About 20 minutes into the concert documentary, the exuberant host Tony Lawrence shouts, “Ladies and gentlemen, from right here in Harlem, soul time!”

And with no warning whatsoever, my father’s image filled the two-story-tall screen, framed by the brilliant yellow, blue and brown backdrop of the festival stage. He looked breezy in a white tuxedo shirt, its cuffs flapping loosely, the top few buttons undone.

On the screen that day, I watched my father play the vibes as if his life depended on it — with a confident focus and control that demonstrated a tremendous commitment to his craft. It became clear to me that music was his life. Music took 100 percent of his energy, and there was no room for me in that equation.

I was 49 last summer, and that performance was filmed about two years before I was conceived — just before Roy’s solo career blossomed. In that moment at the screening, I witnessed my father in his element, and I saw a side of him I’d never seen. I saw an energetic, disciplined talent who was on the cusp of writing and recording some of his best music — some of the best music of a golden era. And I saw a 28-year-old man who looked a lot like I did at that age — a younger version of myself, with all the passion and promise of youth.

My father was so good, and what he did was so important to him, that it became easier for me to understand why I was never — and would never be — a priority in his life. That 1969 performance helped me to realize that I have everything I’m ever going to get from him. It was time to stop hoping for more.

Most of us with absent fathers think, “What about me?” We rarely stop to ask, “What about him?” It took me 49 years to have that thought. But when I finally did, it allowed me to let some things go.

I’ve felt many ways about my father over the course of my life: ambivalent as a child who rarely thought about him; thrilled when, as an adult, I finally got to meet him and have a real conversation; angry when he didn’t return my calls after that. I’ve felt our connection when I see our similarities — our high cheekbones and our physical laughs. And I’ve felt bitterly disconnected when I think about our differences. But as I watched this performance from over 50 years ago, I encountered a new feeling: pride.

My father is now 81, and he’s still touring the world playing music. I believe music will occupy his energy until there’s none left, and that belief makes me happy for him and for the many people whose lives he enriches. I’m no closer to my father this Father’s Day, but I’ve made peace with that.

I have always felt uncomfortable talking about my father, even with my closest friends. But as I watched Roy perform in “Summer of Soul,” I turned to my friend, pointed at the screen, and said, with newfound ease, “That’s my father.”