Opinion | How America Lost Its Edge 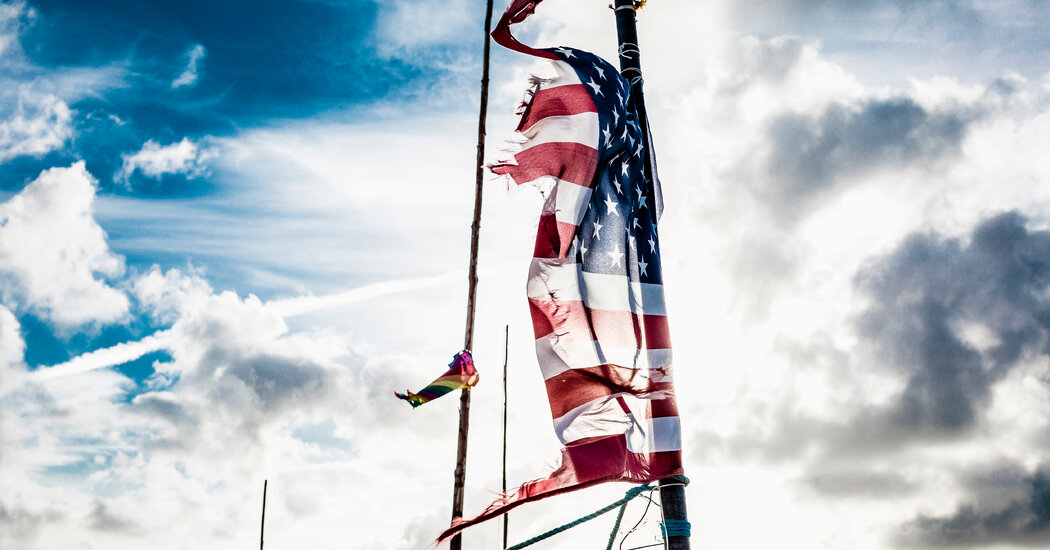 I’ve just finished a long European tour. No, I wasn’t playing Very Important Pundit, interviewing political and business leaders (although there were a few conferences along the way). Mostly I was visiting friends, biking in Portugal, hiking in the English countryside, strolling around Berlin, etc. By the way, I had forgotten that Berlin has a massive monument to the Soviet Army:

But while I wasn’t engaged in serious journalism, I did come away with an impression — namely, that America no longer seems advanced compared with other wealthy countries. If anything, it’s hard to avoid the sense that in important ways we’re falling behind.

Let me start with an example that may surprise you: traffic safety. Back when I was starting my professional career, roads in the United States were much safer than roads abroad. This was especially true compared with roads in southern Europe. When I spent three months working in Portugal in 1976, it was an enjoyable as well as edifying experience, but the traffic was terrifying. Indeed, the American team I was part of had a running joke (which our Portuguese colleagues thought was funny too): Every time we saw crazy driving, the cry went up, “It’s Silva the idiot!” (There are a lot of Silvas in Portugal.)

It wasn’t our imagination: Driving in Portugal back then really was unsafe. But traffic fatalities per capita are now much lower there than they are in the United States:

True, that’s partly because we drive more. But it’s not the whole story. Even when you adjust for miles driven, America has a high death rate, apparently because we are less inclined to wear seatbelts, more likely to drive drunk and drive a lot faster.

An aside: The chart above doesn’t include the huge surge in traffic deaths since 2019. That surge — like the surge in homicides — is presumably related to the social and psychological effects of the pandemic. Oh, and those who insist that rising crime is only a problem in “Democrat-run cities” might be interested to know that in 2020, homicides in rural areas surged as well as — and by roughly the same amount as — murders in large metropolitan areas.

But back to traffic safety. On one side, it’s part of the broader issue of relatively high U.S. mortality. I still sometimes run into people who believe that America has the world’s highest life expectancy. In fact, it isn’t even close, and we’ve been falling steadily behind similar countries:

On the other side, traffic deaths aren’t part of America’s infamous gun culture. While it’s true that we have a unique problem with shootings, both mass and otherwise — a problem that could be greatly alleviated if, say, we made it harder for teenagers and people with an obvious propensity for violence to acquire military-grade weapons — it’s also clear that Americans have a broader problem of excess mortality.

Of course, there’s more to life than not dying. What about things like technology and the general standard of living? Well, there we don’t seem to be lagging — but we don’t seem to be ahead either. In the late 1990s and early 2000s there was a lot of American triumphalism about technology: We seemed to be well ahead of other nations in exploiting the possibilities of networking and the internet. But that’s no longer true. On casual observation, internet access and speeds in Europe are fully comparable to those in the United States.

True, America still has a higher gross domestic product per capita than European nations, but a large part of the difference is that we retire later and take less vacation. Whatever you think of those choices, they don’t represent a fundamental advantage in competence.

So as I said, these days America seems no more advanced, and in some ways less so, than other Western nations. I don’t want to romanticize Europe, which has many of the same problems we do — declining regions, growing right-wing radicalization, and so on. But we used to be well ahead, and now we seem slightly behind. So what happened?

My quick, casual take is that in some ways America has been forgetting how to be a society. We’ve gotten worse at acting in ways that protect ourselves and others, in everything from getting vaccinated to driving at responsible speeds.

I love my country. And I share some of my nation’s attitudes. New York City is arguably more European than any other place in America, but even I am not willing to start behaving like people in Berlin, who treat “Don’t Walk” signs as instructions, not what they are in New York: suggestions.

But this trip reinforced my sense that something is going wrong in what is still (for the moment) the land of the free.

Remember when Henry Kissinger thought Portugal was going to become Communist? (Spoiler: Their democracy looks a lot more secure than ours.)

Feedback
If you’re enjoying what you’re reading, please consider recommending it to friends. They can sign up here. If you want to share your thoughts on an item in this week’s newsletter or on the newsletter in general, please email me at krugman-newsletter@nytimes.com.