Opinion | How Goes the War on Inflation? 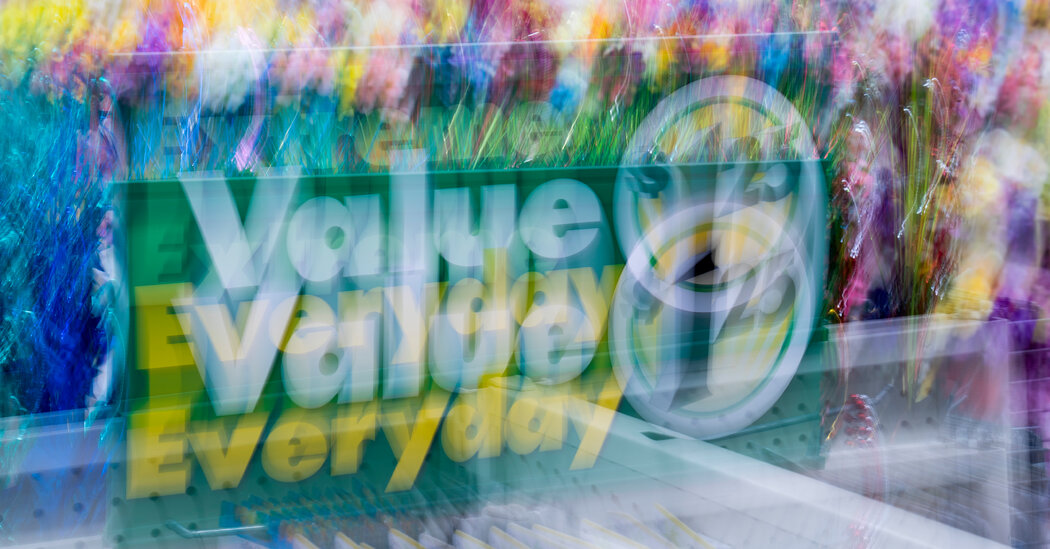 The U.S. economy is not currently in a recession. No, two quarters of negative growth aren’t, whatever you may have heard, the “official” or “technical” definition of a recession; that determination is made by a committee that has always relied on several indicators, especially job growth. And as Jerome Powell, the chair of the Federal Reserve, noted yesterday, the labor market still looks strong.

That said, the U.S. economy is definitely slowing, basically because the Fed is deliberately engineering a slowdown to bring inflation down. And it’s possible that this slowdown will eventually be severe and broad-based enough to get the R-label. In fact, on this question I think I’m a bit more pessimistic than the consensus; I think the odds are at least 50-50 that history will say that we experienced a mild recession in late 2022 or early 2023, one that caused a modest rise in the unemployment rate. But what’s in a name?

The real question is whether a moderate slowdown, whether or not it gets called a recession, will be sufficient to control inflation. And the news on that front has been fairly encouraging lately.

Obviously gasoline prices are down — almost 80 cents a gallon from their mid-June peak. (Remember those scare stories about $6 a gallon by August?) More important, business surveys — which often pick up economic turning points well before official statistics — are starting to suggest a significant drop in broader inflation. For example, a survey from S & P Global found that while private-sector companies are still raising prices, the rate of inflation is “now down to a 16-month low.”

Financial markets have noticed. The expected rate of price increase over the next year implied by inflation swap markets (don’t ask) has plunged from more than 5 percent in early June to 2.45 percent as of Thursday morning. Medium-term inflation expectations are also down.

Now, it’s much, much too soon to declare victory in the fight against inflation. There have been several false dawns on that front over the course of the past year and a half. And there’s plenty of room to argue about the level of “underlying” inflation — a vaguely defined term, but roughly speaking the part of inflation that is hard to get down once it has become elevated.

Serious economists I talk to are very anxious to see Friday’s release of the Employment Cost Index, which is supposed to measure what’s happening to, um, employment costs. Will it confirm or contradict the apparent slowing of wage growth visible in simple measures of average wages and at least one influential survey?

Well, we’ll have to wait and see. The good news is that policymakers appear willing to do just that. From my point of view, the most encouraging aspect of the Fed’s statement on Wednesday was the paragraph declaring that the committee setting monetary policy is prepared to be flexible, that it “will continue to monitor the implications of incoming information” and “would be prepared to adjust the stance of monetary policy as appropriate.” That’s a not-too-subtle rejection of demands from inflation hawks that the Fed commit itself now now now to a long period of extremely tight money.

As I suggested, early indications are that the Fed is winning its war on inflation, and doing so faster and more easily than most observers expected. What will it mean if these early omens are borne out?

The big answer, I’d suggest, is that we’ll need to re-evaluate recent economic policy. As everyone should know (although many probably don’t), the American economy has been remarkably successful at restoring jobs lost during the pandemic slump. This good news has been overshadowed by high inflation, leading to many declarations that U.S. economic policy got it all wrong.

But much of recent inflation reflects global forces outside U.S. control, which is why inflation has surged almost everywhere, not just here. And if the portion of excess inflation that does reflect U.S. policy can be unwound fairly quickly, without severe costs, a fair reading of the record would say that policy was actually very successful — that a temporary rise in inflation was a price well worth paying to avoid the kind of long-term depressed economy we experienced after the 2008 financial crisis.

That said, for a while it looked as if a bout of inflation had done permanent, even catastrophic damage via the political process, because it had undermined the prospects for meaningful action on climate change. An episode of high inflation isn’t the end of the world; failure to act on climate might well be.

But on Wednesday (!) Senator Joe Manchin pronounced himself persuaded that a bill addressing climate change will actually reduce inflation. (It will.) While I’m not ready to count my chickens until they’ve been formally signed in the Oval Office, right now it looks as if we’re going to have gotten both a rapid recovery and desperately needed investment in America’s future.

So while the preliminary number for G.D.P. (which will probably be heavily revised) was negative, from where I sit the overall economic news looks fairly positive.