Opinion | I Married the Wrong Person, and I’m So Glad I Did 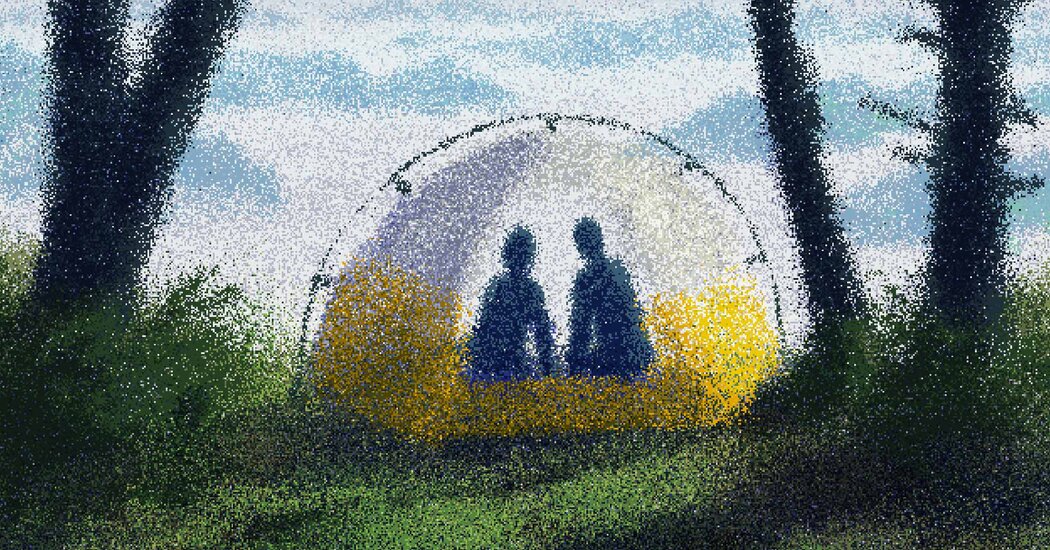 I don’t know if I truly loved my husband when we got married or if I even knew what love was. But I know that we are learning to love each other with each passing day and that there is profound joy in that messy process. There are nights when he sits quietly reading, and I look at his face and recall what a steep hill we’ve climbed and will keep climbing, and I am overwhelmed with gratitude that he has stuck with me, that we get to live this life together, with all the sorrow, betrayal, glory, loveliness, surprise and mystery that entails. So much beauty has grown from what at times seemed like impossibly stony ground.

Of course we all want relationships that are meaningful and satisfying. I don’t want to return to the days when we expect marriage to be nothing but a slog — the days when the famous 18th-century pastor John Wesley (somewhat hilariously) said of his marriage, “I did not seek happiness thereby, and I did not find it.” But perhaps part of forming the meaningful relationships we long for involves enduring prolonged periods of dissatisfaction and disappointment.

The last thing that I am is some kind of relationship guru. And I know my husband’s and my situation isn’t translatable to other marriages. I know we’re lucky. We have two people in a relationship willing to work at it, which isn’t the case for everyone, and we’ve been spared substance abuse or severe untreated mental illness, things that often wreck relationships. I don’t give a lot of marriage advice. But I want to simply offer that choosing to stay in a marriage for all kinds of unromantic reasons is a good and even a brave choice. And, even if it would never make a great book or movie, that choice offers its own kind of quiet path of discovery, growth, love and flourishing.

I fully understand that sometimes divorce is unavoidable, and I certainly don’t want anyone to stay for a minute in a violent relationship. But for people in nonviolent but difficult marriages, Waite concludes that divorce often fails to deliver its promised benefits, and that “both people and marriages are likely to be happier in communities with a strong commitment to marital permanence.”

In an essay for The Times, Alain De Botton wrote, “Choosing whom to commit ourselves to is merely a case of identifying which particular variety of suffering we would most like to sacrifice ourselves for.”

I want to normalize significant periods of confusion, exhaustion, grief and unfulfillment in marriage. There’s an older couple I know who are in their fifth decade of marriage. They are funny and kind and, by almost any standard, the picture of #relationshipgoals. Early on in our marriage they told us, “There are times in marriage when the Bible’s call to love your enemies and the call to love your spouse are the same call.”