Opinion | Is the Era of Cheap Money Over? 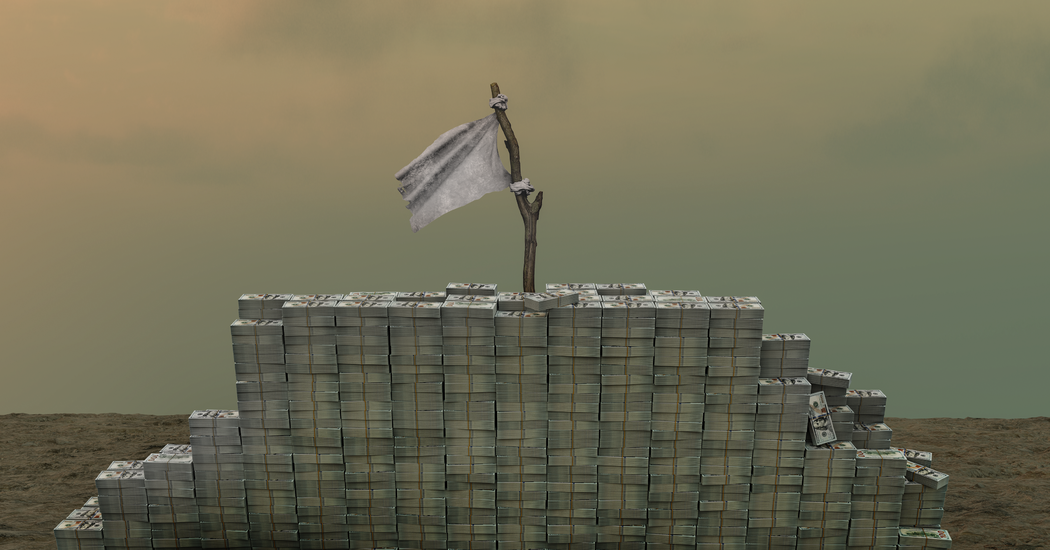 Interest rates are up. Stocks, especially glamour stocks, like Tesla, are down. And the crypto crash has been truly epic. What’s going on?

Well, many people I read have been offering an overarching narrative that runs something like this: For the past 10 or maybe even 20 years the Fed has kept interest rates artificially low. These low rates inflated bubbles everywhere, as investors desperately looked for something that would yield a decent rate of return. And now the era of cheap money is over, and nothing will be the same.

You can see this narrative’s appeal; it ties everything up into a single story. Yet to paraphrase H.L. Mencken, there is always a well-known explanation for every economic problem — neat, plausible and wrong. No, interest rates weren’t artificially low; no, they didn’t cause the bubbles; no, the era of cheap money probably isn’t over.

Let’s start with those interest rates. Here’s a chart of the real interest rate — the interest rate minus the expected rate of inflation — on 10-year United States government bonds since the 1960s. (I used the average rate of inflation, excluding food and energy prices, over the previous three years to proxy expected inflation; good enough for current purposes.) There was indeed a huge decline in real rates after 2000:

But was this decline “artificial”? What would that even mean? Short-term interest rates are set by the Federal Reserve, and long-term rates reflect expected future short-term rates. There’s no such thing as an interest rate unaffected by policy. There is, however, something economists have long called the “natural rate of interest”: the interest rate consistent with price stability, neither high enough to cause depression nor low enough to cause excessive inflation.

So, is the claim that the Fed was consistently setting interest below this natural rate? If so, where was the runaway inflation? In fact, until 2021, inflation consistently came in more or less at the Fed’s target of 2 percent a year.

But why was the natural rate so low? The immediate answer is the Fed learned from experience that it had to keep rates low to keep the economy from slipping into recession. I’ll get to the deeper answers in a minute. But if you think the Fed was setting rates too low all through that period, you’re in effect saying that the Fed should have deliberately kept the economy depressed in order to avoid … something.

The usual explanation runs along these lines: “Maybe prices of goods and services didn’t shoot up, but look at all those asset bubbles!” And there have indeed been some big bubbles in the era of low interest rates. There was the great housing bubble of the mid-2000s, which set the stage for the global financial crisis. We then went on to have what was pretty clearly a crypto-meme stock-Elon Musk-Bored Apes-etc. bubble.

If you want to claim that low interest rates were responsible for those bubbles, however, you need to come to terms with the fact that there were some other impressive bubbles before rates got low.

I suspect — I hope! — that some of my readers are too young to remember just how intense the hype about tech stocks was in the late 1990s. (You kids, get off my lawn!) The video in the following section was an especially memorable ad from the telecom company Qwest, heralding the coming wonders of high-speed internet — which, in contrast to what I expected from the promised wonders of crypto, actually materialized. These days you can indeed watch almost every movie ever made, from “Gold Diggers of 1933” to “Plan 9 from Outer Space,” from your grubby motel room.

Incidentally, that ad was unintentionally accurate in another way: A grubby motel room with unlimited streaming is still a grubby motel room. Information technology is amazing, but it has done far less than many expected to improve our material quality of life.

More to my current point, while the I.T. revolution was real, it didn’t justify the prices people were paying for technology stocks. Here’s what happened to the Nasdaq at the time:

And Qwest, which ran those clever ads, took an especially hard fall. Its market value evaporated; its C.E.O. was eventually convicted of insider trading.

But there’s the thing: If you go back to my first chart you’ll see that the tech bubble, with all its crazy valuations and fraud, took place at a time when real interest rates were quite high by historical standards, and far higher than they have been recently. In other words, bubbles, even crazy bubbles inflated in part by fraud, can happen even when the Fed hasn’t been keeping interest rates low to support a weak broader economy.

Still, interest rates have gone up a lot in the past few months. Does this mean that the cheap-money era is over? To answer this question, you have to ask why the Fed felt compelled to keep rates so low for so long.

The basic answer is that since 2000, and especially since the global financial crisis, businesses have persistently been unwilling to maintain a level of investment spending that used all the money households wanted to save, unless interest rates were very low. This condition has the unfortunate name “secular stagnation” — unfortunate because it’s widely and wrongly construed as an assertion that it means slow growth, not low interest rates. The idea of secular stagnation was first introduced in the 1930s, but the postwar boom made it seem irrelevant. Then Japan began experiencing persistent weakness and very low interest rates in the 1990s, and in the aftermath of the 2008 financial crisis, the whole advanced world found itself in a similar condition.

What causes secular stagnation? The best guess is that it’s largely about demography. When the working-age population is growing slowly or even shrinking, there’s much less need for new office parks, shopping malls, even housing, hence weak demand. And as you can see in this chart, America’s prime-working-age population, which grew rapidly for many decades, began stagnating just about the time interest rates began sliding:

And these demographic forces aren’t going away. If anything, they’re likely to intensify, in part because the rate of immigration has dropped off. So there’s every reason to believe that we’ll fairly soon go back to an era of low interest rates.

In that case, however, why have rates shot up? Well, the Fed is raising rates right now to fight inflation. But this is probably temporary: Once inflation is back down to 2 to 3 percent, which will probably happen by the end of next year, the Fed will begin cutting again. In fact, real long-term interest rates, which reflect expectations of future Fed policy, are up from their pandemic lows, but still only about what they were in 2018-19. That is, the market is in effect betting that the era of cheap money will be coming back.

If you ask me, the 1990s bubble produced better ads.

Feedback
If you’re enjoying what you’re reading, please consider recommending it to friends. They can sign up here. If you want to share your thoughts on an item in this week’s newsletter or on the newsletter in general, please email me at krugman-newsletter@nytimes.com.